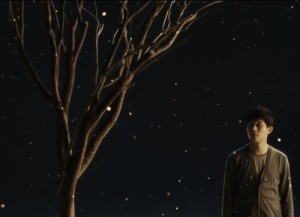 While the K-pop community waited with baited breath, their hands rested upon the hilts of their swords, for the (inconsequential) battle of the year, certain musical genii had their comeback, and enthralled their limited audience. Nell dropped Newton’s Apple with the lightest thud but managed to be as impactful as its scientific namesake.

Nell’s Gravity trilogy began with the suffocating, stifling and desperate Holding Onto Gravity, continued with the transgressive and rebellious Escaping Gravity, and now has come to a close with the conflicted but enlightened Newton’s Apple. Newton’s Apple with its eleven songs deals with human conflict and chaos after being flung to dusty earth as retribution for overreaching to the paradisal “Ocean of Light”. But the album is not an endless moaning of despair for it builds towards a firm resolution as it approaches its end.

The first track of the album, “Decompose,” is an instrumental, and like most of the other tracks in the album, the music grows gradually up to a point where it seems all-enveloping. There is a cagey, suffocating feeling to it rather than airy freedom. It is psychedelic in nature keeping with the theme of inner cycles within the larger cycle of the Gravity trilogy. “Decompose” in its loud, suffocating nature shelters decay, decomposition and a plethora of human emotions.

The next track, “Fantasy,” teases us with its upbeat rhythm and cheery prelude into anticipating a panorama of common childhood fantasies, but when the prelude gives away to the monotonous and lonely drum beats complementing Kim Jong-wan’s desolate voice, the expectation is neatly broken and we are dragged into feeling the despairing temper of the song.

In “Fantasy”, bitter cynicism takes over as Kim Jong-wan croons how we should make peace with the fact that we cannot undo the done; “there is sadness that cannot be erased.” Out of sight should not mean out of mind. The lyrics are dismal and desensitized, but they are also introspective as they reflect upon the human mind’s childishness and procrastination. However, this dismalness is not the end as the line “That’s when it starts to hover” persistently looms over the song holding premonitions of an impending change. 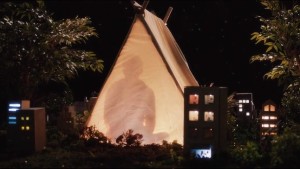 “Memories of Another,” both in its lyrical and musical composition, is not as gloomy as “Fantasy.” The third track talks about fading memories of a lover and because of the crystal clear vocals, it feels like a casual conversation with the singer narrating his story to his listeners. The song is nostalgic with hints of yearning and the concept of the past lover is beautifully captured in the metaphor of “a broken piece of time.” The gentleness of the song skillfully hides the tinges of despair and longing as it takes a mature outlook on love, on how falling in love is bound by the implicit possibility of falling out of it. Like waves washing away messages on sand turning a lover’s proclamation from a confident ‘I know’ to a distant ‘I think’, memories fade away details and leave only the larger picture.

The song builds a comfortable ambiance but the facade of ‘moving on’ and ‘getting over’ gets pulled apart by the nagging, hopeful “but. . .” at the end of the song.

“History of Silence” continues from where “Memories of Another” left and confirms our fear of his ‘moving over’ being a façade as he begins with “Actually, it’s not like that.” The song reflects upon the singer’s current state of mind as being just the image from his past; he fools himself and then argues with his Past blaming it to have prepared its departure already, positing himself as the poor victim without agency; his mind runs in cycles and one feels that he is heading back to “Decompose.”

Although these songs are addressed to a woman, it is more interesting to consider them being addressed to our self, any self- past, present, future, or the Self. The first half of the album serenades us with the conflicts of the self blaming the past, blaming some supernatural force than blaming ourselves for what has happened, giving our conscience away to a tempest of anger and quarrel.“History of Silence,” the history of the inner self silenced by the lamenting tangible body, maps that pain, angst and regret.

“Grey Zone” — positioned fifth — is actually the sixth song in the album but Nell disclosed in an interview that this song was composed on a whim and it seems it was arranged on a whim too. “Grey Zone” fits better with the set of songs emphasizing hopelessness with its preferential treatment towards bass and drums.

This song has only four lines and it essentially talks about the conflict between desire and duty. While the inner self leaps to accomplish its wants, the outer body, burdened by restrictions, pulls on its reins choking both of them in the process. To think that duty and desire, need and want, emotion and scientific thinking can’t converge in harmony is a flawed concept in itself and Nell doesn’t find it a plausible dichotomy either as the minimal words reflect a lack of conviction in the theory. The refrain of “We are so much better/ When we are not together” is a psychological cycle; he says it because he is supposed to, not because he wants to.

The original fifth track, positioned sixth here, “Four Times Around the Sun” is not only the central piece of the album but is the microcosm of the entire album. It marks a definite change in the trajectory but also maps the journey crossed so far. It is the most important circle not only lyrically but also visually as the video starts where it ends except throughout the video (throughout the album) there has been a major growth, renewal and redefinition.

After flirting with the idea of farewell and blaming the other in the first half, Nell decides it’s time to face the music. The song is both confessional and confrontational in nature. Realization does not dawn upon Nell but hits it hard, trapping Nell in its luminous hold.

The video opens with a person staring at the open sky in a cabin. Here the sky is a motif for unceasing ambition; of an ego which forces you to move forward ingraining in your mind that looking down is a form of weakness, that there is only one road and that is the only one which takes you ahead. The everyman then undergoes a flashback, this time as an observer and not a participant and realizes the flaws of his perception. Some things are beyond our reach, beyond our hold, beyond our understanding and that does not imply the end of the road. It implies that we need to make the best out of what we have. The shower of the gold dust exemplifies how the mundane can also be made interesting, that the difference lies in perception.

As the everyman comes back and stares at the open sky, there is a sense of calm present in the cold cabin. It looks as if he is at peace with his inner self because the sky is just a facsimile of the freedom he enjoys in his daily life. Plain, ignorable reality turns into illuminating and enlightening truth with “Four Times Around the Sun.” 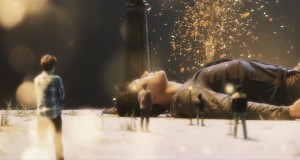 Expanding the horizons of positivity and resolution, the next track,“Newton’s Apple” — musically reminiscent of Owl City’s “Fireflies” — redefines the fateful fall as felix culpa, or ‘happy fall’. Eve’s biting into the apple opened gates of newfound knowledge, Newton’s apple was one of the founding pillars of 17th century Enlightenment, and Nell’s appropriation of both these symbolic references illuminates the path of change it has decided to “fight for.”

This song does not obliterate the existence of doubts but tries to find a ground to situate one’s problem(s). The idea is not to find the “you,” the idea is to come to terms with the fact that the abstract and multi-meaning “you” is what one wants. It’s about mapping the journey to the desired “you.” Duty and desire merge into each other as they decide to fight for the other; the human from a dissected entity strives to re-emerge as a harmonious whole with love as its constituent element. Kim Jong-wan asserts, “gravity is a feeling,” and he captures this feeling of falling and the feeling of finding one’s roots in “Newton’s Apple.” 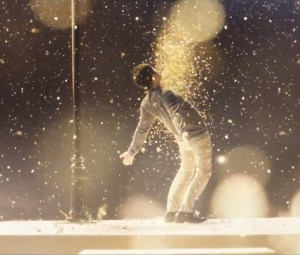 The eighth track,”Night of Rebirth,” begins with a splash of earthy colours and paints a picture of a goal oriented journey. The track is undoubtedly my favourite because while the music in the first half of the album looms like a dense cloud and binds you in vines of self pity, this track uses the same kind of music to create a drastically different effect- of opening up horizons.

The composition is powerful and the vocals have a challenging edge to them, much different from the crestfallen renditions in the first half. One can literally feel doors opening up and being engulfed in a more earthly ocean of light. It’s an anthem to rouse the listener from cozy indulgence, to force them to act upon the resolution created in the last two tracks.

The ninth and the tenth track, “Escape from Extinction” and “Dear Genovese” respectively, are rather essential tracks lyrically and conceptually. Instead of creating a didactic album defining the negative and the positive, Nell complicates the process of changing. Change does not happen overnight, it does not happen just because you want it to. It’s not something you can slip into, or hold onto, or escape from. It’s something you need to strive for and the very notion of striving brings in moments of despair, lapse and agony. The two tracks travel along the bumpy road of change, their eyes on the light ahead, emphasizing the importance of human action while not denying the existence of fate.

The strategic positioning of the final song, “Sunshine,” is highly interesting. There is nothing sunny about the deceptive “Sunshine.” In fact, it treads on dangerous waters of rendering the whole purpose of the album futile. From the peaceful union of the inner and the outer self, this track has the outer self dominating the inner.

At first listen, it sounds as if the everyman cares for the self/lover but the complete silencing of the other with “Don’t argue” creates a cacophonous silence. While the soul deserves to be “brighter than the sunshine,” the refrain makes it sound like a plea. A plea to shut up, to not introspect, to only allow the body to operate, to end discussion — and that is dangerous since it puts the everyman into the risk of turning narrow-minded and ignorant.

This song presents a shadow of the dismal past and leads us to a bifurcated road — either we take the path of silencing the self, of clinging onto things unneeded, of returning to the claustrophobic “White Night” and take a full circle once again, or we take the path yet to be explored and break out of the vicious cycle.

This album had all the potential of turning dark, dreary and monotonous but Nell’s good thinking prevailed as it kept its compositions simple and easy-going, not pulling people into depths of depressions, but expressing the problem breezily. It’s not gimmicky dark neither is it offensively light; it’s — plainly put — very real.