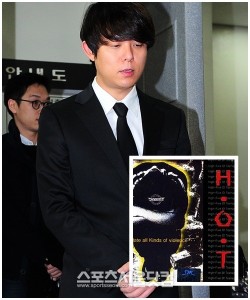 KBS, the seemingly ban-happy authority, has struck again. This time, the broadcasting company has banned any song or video related to Tony An. This subsequently means that all songs of old school K-pop group H.O.T are also banned. Also included in the ban were Tak Jae-hoon and the songs Ko Young-wook took part in for Roo’ra.

The bans are punishment for the above mentioned parties’ alleged participation in illegal gambling. The three, along with Shinhwa’s Andy, Boom, Yang Se-young, and Lee Soo-geun, were part of a soccer betting ring. Due to the smaller amount of bets made, Andy, Boom, and Yang Se-young simply have to pay a fine. Tony An, Lee Soo-geun, and Tak Jae-hoon, on the other hand, are serving suspended sentences.

KBS reasons that when it comes to broadcasting music and images, there is a clause that allows the company to place a ban if there are illegal or immoral actions that present a bad image to society. That is fair enough. This is intended to prevent criminals from profiting while serving sentences for crimes. Such clauses are actually important in protecting the bottom line and a company’s reputation.

Logically, companies have the authority and right to choose who and what to broadcast on their stations. However, these decisions affect not only the direct parties, but also others. The decisions should also be fair.

However, KBS’ decision is unfair. The ban is, in effect, a punishment for the type of 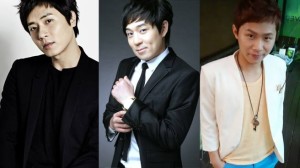 punishment the court handed down. How are Tony An and Tak Jae-hoon any worse than Andy or Boom? The seemingly only difference is the amount of money that was involved in the bet. Saying that Tony is somehow worse than Andy would be like saying one mass murderer is worse than another. It’s still the same crime.

It shouldn’t matter that Tony An has to actually serve a suspended sentence and that Boom was fined. Regardless of the court-issued penalties, under KBS’ own policies, all the parties involved created a bad image. If you are going to ban one, ban all.

Tony An and Ko Young-wook are not the only ones who are affected by the ban. Their group members, of H.O.T and Roo’ra, are also subject to KBS’ decision. It’s understandable that it is practically impossible to separate a member from a group, so KBS is in a bit of predicament. It is easy to ban solo songs, but group songs are territory for conflict.

While I can understand the MV ban, the song ban is stretching the boundaries of fairness. Tony An and Ko Young-wook were not the only members of the groups. Nor were they the only ones involved in creating their music. The sheer amount of lost royalties involved is enough to make the decision questionable, especially considering how popular H.O.T’s “Candy” is for artists to cover. 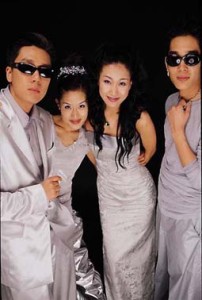 An issue with group member appearances can arise, as well. What happens when, hypothetically speaking, former H.O.T member Kangta appears on a KBS show and a host asks him to sing his favorite H.O.T song? Yes, this is probably not going to happen, but it still would be an inconvenient possibility.

Also, it might be a bit awkward for former H.O.T member Moon Hee-joon, who actually works for KBS on shows. Imagine knowing that your own songs cannot be broadcast on the very station that employs you.

Of course, these bans can be overturned or reduced by a committee in the future. However, the taint of unfairness will still be present.