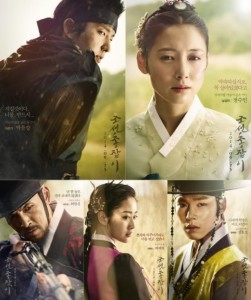 When the new season of dramas rolled around, two of the most anticipated shows were Trot Lovers and The Joseon Gunman. While the former has fallen somewhat flat, the latter is showing definite potential. Fans online have been comparing the tempo and energy of The Joseon Gunman to the 2008 drama Iljimae – a much loved drama starring the same lead actor, Lee Jun-ki.

So what type of drama is The Joseon Gunman? Well, it does have some aspects of a sageuk, but it is more historical fantasy a la Sungkyunkwan Scandal or Moon Embraces the Sun than a factually accurate, dry, traditional sageuk. As the drama is a fusion of traditional sageuk and modern sageuk, the plot is also a fusion of genres. There is far more humor and romance than the original teasers let on, but there is still enough action and suspense to keep things interesting.

The story is set in 1876 during a great period of philosophical enlightenment and technological advancement. The big picture plot focuses on the issues within the political world of Joseon between the conservative faction and the faction that promotes the enlightenment. The main plot line is about Park Yoon-Kang (Jun-ki)’s quest for revenge for the wrongs inflicted on his family, and, finally, the micro plot focuses on the romantic relationship between Yoon-Kang and the upper-class intellectual Jung Soo-In (Nam Sang-Mi).

The first four episodes build up the background of the characters, give insight into the different plot lines, and generally set up the drama for its twenty episode run. 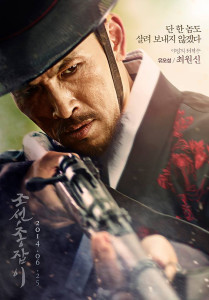 Ep. 1: “We must embrace the new ways of the world”

It is best to think of episode one as a jumping off point for the rest of the show. Here we meet Yoon-kang, his father Jin-han (Choi Jae-sung), his sister Yeon-ha (Kim Hyun-soo), the female lead Soo-in, the villain Choi Won-shin (Yu Oh-seong), and many more. The entire episode focuses on painting a picture of the current state of things in Joseon — from the political situation, to the academic revolution, to the personal troubles of a few families.

Although the episode starts out with a bang – literally – it quickly devolves into humor as we meet a girl cross-dressing as a boy (surprise surprise) and a lackadaisical, promiscuous son who has a harsh relationship with his father. The appearance of these character archetypes were concerning to me at first because I was expecting more serious content from the drama. Although they have their place in the genre, the same old character types in K-dramas do wear on the nerves.

The major themes to take away from this episode that will remain relevant throughout the drama are that guns have become a reality in a world once dominated by the sword, the people of Joseon are ready for a new political way of life, and the conservative party will do everything in their power to control both of these facts. 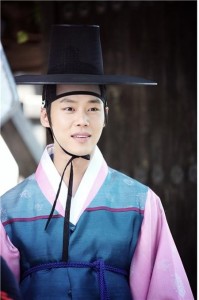 Ep.2: “Sometimes a book can flip a world”

In the second episode we learn more about the conservative faction and more about the gunmen that have been cause so many problems in the community. It introduces more of the philosophy behind the conservative party’s objection to the new messages being spread by the revolutionary professors. No historical drama is complete without the background scheming and so far The Joseon Gunman is doing a decent job of having interesting intrigues without getting overly complicated with details.

More importantly, in episode two we get to watch the main characters be awkward around each other – hurray! When Yoon-Kang and Soo-In go on the grand – or perhaps not so grand – adventure through the woods together their relationship begins to blossom — because we all know how adrenaline and trauma make the heart grow fonder. This is when the “romance” of the K-drama begins to show through in the very stereotypical way of the main characters pretending to dislike one another but secretly wanting to be closer. As I said before, drama fans are used to this, but it doesn’t stop it from being tedious. 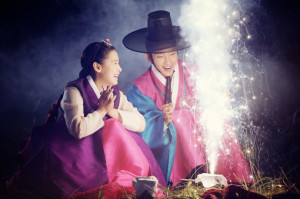 Episode three is when the proverbial crap hits the fan. Any fear of the drama being boring or slow paced goes out the window when Yoon-kang’s little sister is kidnapped and used as bait to lure his father into a trap. Because of this we discover the sad past of Yoon-kang’s family and his devastation over his mother’s death which he blames his father for. This event gives depth to the character of Yoon-kang, which is important for a main, but the entire sequence was slightly over-dramatized as far as acting goes.

Yoon-kang and Soo-in also take the next step in their relationship, which keeps the romantic momentum going. This was the episode that truly endeared the female lead character to me because it involves a moment when she states that her dream is to go to another country where there is more gender equality and less cultural restriction. Whether this is realistic or not for a woman of her time period it still makes Soo-in seem like a slightly stronger female character that is that much more relatable. 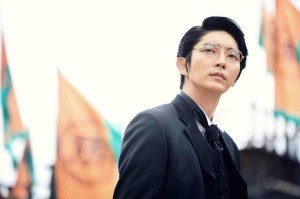 Episode four is the climax and conclusion of the story arch involving Yoon-kang’s father and the gunmen, and the beginning of the rest of the larger plot. Finally the drama started to feel like the action packed, adventure and suspense story the teasers made it out to be.

At first it may seem like the drama has stalled out because so many plot lines are concluded — and it’s only the fourth episode! — but that is why I mentioned earlier that the beginning of the drama was simply building up to the actual story that will occupy the majority of the twenty episodes. If for some reason the initial three episodes were boring to you, or just didn’t appeal to your taste, it will be worth watching a bit longer to see where the drama is actually going. Not to mention that all four episodes were worth the one glorious moment of Yoon-kang on that boat in modern clothing.

In conclusion, the drama is entertaining, if not particularly innovative. As is often the case in historical dramas, the characters spend a bit too much time screaming when they could be displaying more subtle emotions, but we can’t expect a genre to change over night. The story is engaging enough that I am looking forward to the continuation of the plot — especially as it shifts to incorporate more of the modern aspects of the enlightenment period such as fabulous suits, shiny guns, and good hair.

What do you think of the drama so far? Is flower boy Jun-ki worming his way into your heart?