"Another Parting" from Melody Day Brings You Back for More 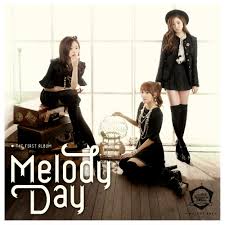 Despite making their debut Tuesday, I have been listening to Melody Day for quite a while. Sadly, that’s not because I am a super hipster who uses time travel to like things before they exist. No, it’s because their lovely voices have been appearing on OSTs for about two years.

The trio consisting of Yeo-Yun, Cha-Hee, and Ye-In have contributed to the soundtracks of over ten dramas, including Gaksital, King of Dramas, and The Master’s Sun. Their debut, “Another Parting”, is also from an OST, this time from the web drama of the same name.

On the surface, “Another Parting” is nothing special. It’s a tearjerking ballad about the pain of a first breakup, which is fairly par for the course. But in reality, “Another Parting” is stunning in so many ways. This is one of the few ballads that doesn’t simply slide into the background, only popping when the high note hits.

It manages a wonderful balance of gentle and powerful. The song starts quietly, with only an acoustic guitar and a bit of piano to accompany the whispered verse. As the song builds to the chorus, the tempo and volume also begin to pick up before falling back down for the second verse. This pattern of ups and downs continues throughout, with the pleasant effect of each verse and chorus sounding a bit different.  For example, the second verse retains the violin, but loses the synthesizer. Every change is affected by what came before. 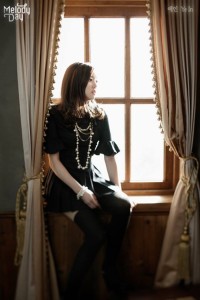 The lyrics match the instrumentals flawlessly. The hushed verses speak of being numb and the realization of the breakup setting in before building to the anger and depression that shifts back into numbness again. A first breakup is a rollercoaster, with emotions shifting too fast to really deal with. There’s a dichotomy of wisdom and naïveté. Melody Day knows that this will pass, that it’s something everyone has to deal with. That doesn’t make it hurt any less. The bridge just hits it home:

“I didn’t know how painful love can be, so I threw myself into love.”

The vocals are phenomenal. Melody Day has been together for years and it shows. Every member’s voice is distinct and well-utilized. Husky tones are featured in the verses, while clearer ones stand out in the chorus. They also pull off some impressive harmonization in which the harmonies are audible but not distracting. At 3:00, everyone is singing something different, yet it just melts together instead of sounding busy. The emotion is pure and conflicted, shining through with every note.

“Another Parting” is one of the best ballads I’ve ever heard. The video, however, not so much.

The main issue is that the video for “Another Parting” consists entirely of clips from the web drama Another Parting. As in: despite the teasers, Melody Day does not appear in their video at all. Honestly, if this was a normal OST, that wouldn’t be an issue. They’ve been a faceless group since 2012, and there’s nothing wrong with that. What I object to about this is that this is their debut. Why would Viewga Entertainment decide to use “Another Parting” as their debut song, film a whole set of teaser videos, and begin promoting them to the public after two years, only to leave them with a clip show MV? Hell, I wouldn’t mind if the screen time was 50% Another Parting scenes if the other 50% was Melody Day.

“Another Parting” is a gorgeous song, and I am eagerly awaiting more from Melody Day. And who knows? Maybe next time, they’ll even be in their own MV. 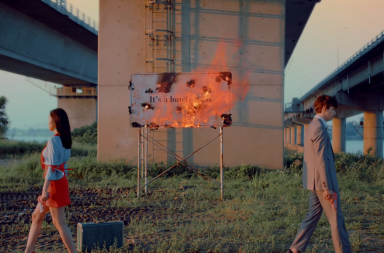 Melody Day’s Kiss on the Lips Fails to Sizzle 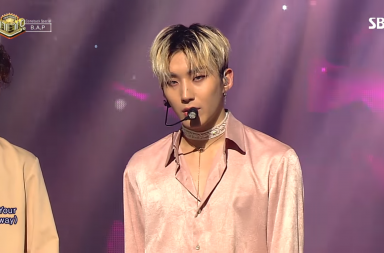 Melody Day Charms with “Listen to My Heart” 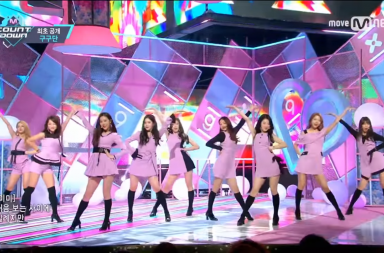