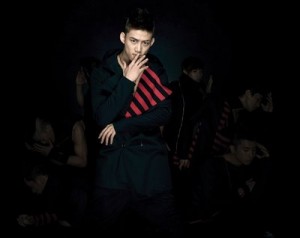 Something’s brewing in JYP Entertainment, and Ok Taec-yeon is not happy about it.

We frequently cover the idol relationship with Twitter, how it can be a great social platform but has its pitfalls when used rashly. However, most recently, 2pm‘s Taecyeon released three tweets criticizing the internal structure of JYPE, not to be confused with JYP the man himself, bringing up improper promotions and a lack of staff investment in the company acts.

“If a person who doesn’t even help or supervise gets promoted, what becomes of the people who are helping and taking care of things right next to me, is it really a choice that is possible to understand? How can fans understand a company, that even I, as a celebrity with it, cannot comprehend? In the year 2014 JYP Entertainment requires a reform.

Instead of marking only the time you arrive at the office and leave, it is necessary to reborn as a company that knows how to work. If a person who works at an entertainment company is not entertained, then how can you satisfy the general public? One of the “Big Three”, whatever. Instead of putting emphasis on the name, it’s time to ensure the internal stability.

If our company is aiming for the best in 2014 as well, I think that it depends not only on the producers, but also on the strength of our company’s employees. For the unappreciated JYP staffs but who deserve the actual credit.” 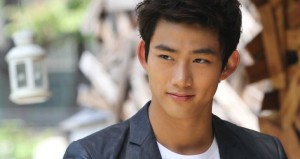 To criticize one’s own company is an unusual move for any idol to take. Entertainment companies take such pains to create facades of happy families that support one another that breaking that image leads us to the most obvious question: how bad is it at JYPE that Taecyeon felt that venting publicly became a viable option? The tweets are more than just a spur of the moment rant. They’re carefully constructed and make sense, falling right into line with sentiment about JYPE’s position in relation to SM Entertainment and YG Entertainment. But they also reflect poorly on JYPE, which no doubt made the company want to exercise some damage control.

As expected, Taecyeon deleted the tweets, instead releasing an apology for his post:

“I think that posting about our company’s management in public was inappropriate. I ask you to view it as something that has been inspired by my excessive passion and affection which makes me think that JYP can become the best company. I will work hard to become Ok Taec-yeon who communicates with the company a lot better.”

As mentioned earlier, the tweets sound carefully made, so if anything, the attention they draw could jump start something within JYPE. After all, 2pm has been around for over five years, with Taecyeon easily being a recognizable face through acting, collaborations, and most recently, his choice to be retested for active duty after taking steps to correct previous physical weaknesses. His projected enlistment date is the end of 2015, making 2014 his last full year before entering the military; it’s no surprise he’d want to take it seriously. 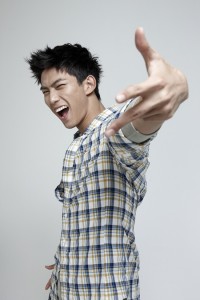 As for his later apology, it was the expected action to take. There’s always a time to stick to your own opinions, but when it’s your own company that you’re against, you risk harming colleagues and inciting feelings of betrayal due to the reveal, an inappropriate one especially if Twitter was the first the company heard of these thoughts. Twitter is a good outlet but not a replacement for actual internal communication.

Anyways, at this point, the tweets have done their job. Once on the Internet, they’ve been screencapped and translated for everyone to see, serving their purpose as an informative public tool. The negative consequences for the tweets are nonexistent as it’s hard for outsiders to refute what was said, particularly since the thoughts were in line with already-existing perceptions. It only brings up questions about how the company is run, ones that most likely won’t ever be answered.

In sum, Taecyeon’s tweets about some shady happenings at his company and later makes an apology that doesn’t negate his feelings but concedes that he shouldn’t have made them public. The next move is for JYPE’s staff, that is, if they’ll even make one.

What are your thoughts on Taecyeon’s tweets and JYPE? Do his tweets hold some truth to them?