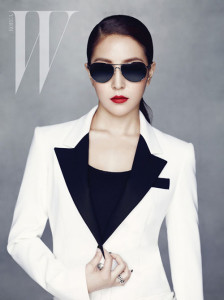 Boa, Queen of K-pop.  Need I say more?
Active in the music industry for over 13 years now, Boa has become a staple among both domestic and international fans. She has branched out into modeling, acting, designing, judging, and more. And she’s only 26 years old! In honor of her upcoming drama, Anticipate Love/Hope for Dating, let’s talk about the queen.

At the tender age of 11, Kwon Boa signed to SM Entertainment. Though she was only accompanying her brother for his SM audition, she ended up being the one scouted. Boa spent the next two years in training focusing on singing, dancing, and English and Japanese lessons before debuting in 2000 with ID; Peace B. It was met with moderate success, and the next year she released her first mini album, Don’t Start Now before taking a hiatus from the Korean music industry.

During this time, Boa focused on her Japanese promotions, releasing a number of singles that slowly climbed the Oricon chart with “Listen to My Heart”, which broke into the top five. Her Japanese album of the same name shot to the top of the Oricon chart and became the first album by a Korean artist to sell one million copies in Japan. 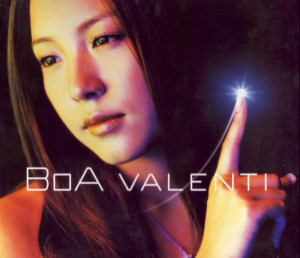 But Boa didn’t stop there. She released another Korean album, No.1, and a second Japanese album, Valenti, in 2003 which also sold over one million copies. The first true Hallyu star, her unrivaled success in Japan has paved the way for other Korean artists — just one of the many reasons she is considered the queen of K-pop.

All this didn’t come without a price, however. During her Japanese promotions, Boa struggled living in a foreign country without her family. On K-pop Star, she shed tears talking about it. She touched upon how hard it was being alone in Japan and the difficulties of being young in the music industry.

Boa continued to release Korean — Miracle, Atlantis Princess — and Japanese material — Love & Honesty — while experimenting with different styles and sounds. With her fourth and fifth Korean albums, My Name and Girls on Top, Boa shed her youthful, innocent image to a maturer, more confident persona.

Not complacent about her success, the queen released even more Japanese albums — Outgrow, Made In Twenty (20), The Face — and began to participate in the production of her music. Trying to conquer the world, she released “Eat You Up,” in 2008, intended to compete on the American charts. She also released an English album, BoA, that achieved some success but nothing fruitful. After returning to Korea, she dropped Hurricane Venus and kept busy with concerts and other promotions.

In 2011, Boa joined the reality show K-pop Star as the representative judge for SM and released another album, Only One, in 2012. Boa herself was involved in the production and direction of Only One and it was well-received for showing a mature, more vulnerable side of the pop star. 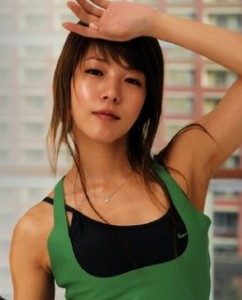 As if her discography wasn’t enough, Boa has modeled for many companies including Lotte and Nike, acted in dramas (cameo in Athena: Goddess of War) and film (Make Your Move), and is returning as a judge for K-pop Star Season 3.

Phew, that was a lot. And I didn’t even mention the numerous awards she accumulated over the duration of her career including Daesangs, Best Female Artist, Most Influential Asian Artist, and more.

Boa is considered the queen of K-pop for her longevity, road-paving success in Japan, and impressive dance skills. As a solo artist, she has managed to avoid being boxed into a certain style or image.Though Boa is known for her dance pop, she has experimented with other sounds. In addition to that, her discography reflects personal growth. As she has aged (granted she isn’t that old), she has shown growth as an artist without resorting to tired cliches.

So what’s next for Boa?

It seems that Boa is trying her hand at acting. After a brief (and less than stellar) cameo in Athena: Goddess of War, she made her drama lead debut this week in Anticipate Love with Daniel Choi. If, like me, you’ve seen her cameo in Athena, you probably don’t have high expectations for her acting skills. Surprisingly enough, Boa was enjoyable to watch. She was by no means perfect but she has definitely improved from her Athena days and it is likely we will see her pop up in another drama soon. Boa also stars in the movie Make Your Move, which is yet to hit theaters in the US. Based on the trailer, I didn’t have high hopes. However, Anticipate Love has given me some hope for her acting. 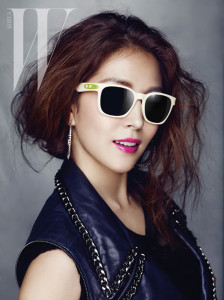 In addition to pursuing acting, Boa has been more involved in music production and other behind the scenes aspects of the music industry. Though she still has many years before she retires as an active singer, chances are, when she does she won’t abandon the music industry. The number one reason for this is her involvement with SM. Boa is a shareholder of SM and in 2006, her shares were worth over 1 million dollars. And you can bet that amount has increased.

Though there is no confirmation of her behind the scenes work at SM, it would not be unwise to assume that she is involved considering her stake in the company and intimate knowledge of the industry. As a judge on K-pop Star, Boa has also demonstrated her valuable expertise, consistently producing great results with the contestants she’s worked with. JYP and Yang Hyun-suk even praised her critiques as they were always on point.

Right now, the world is pretty much Boa’s oyster. She is so established that she can afford to wait years between album releases. She will never lack CF or modeling offers and she is free to pursue her own interests. As of late that interest is acting but a year down the road, who knows? Whatever it is, I wish her luck.

All hail Boa, Queen of K-pop.