Week in Review: The Story of Someone I Know

In this Week in Review, stories of a lot of someones that we all know. 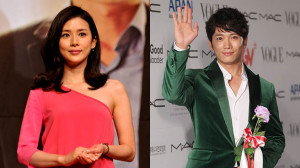 A day after the completion of her hit drama I Hear Your Voice, actress Lee Bo-young uploaded a hand written letter to her fan cafe informing everyone that she and long time boyfriend actor Ji Sung would be getting married on September 27th at the Walkerhill Hotel in Seoul.  The two first met on the set of the 2004 K-drama Save the Last Dance for Me and three years later publicly announced that they were dating. It’s been a great year for Lee Bo-youg with two hit dramas (My Daughter Seo-young and I Hear Your Voice) under her belt and now she’s getting married. Seriously, 2013 is THE year for Korean celebrities to announce that they are dating or getting married. (Mwave, TVReport)