Ahreum's Out, T-ara To Change, And Other Disappointing News From CCM 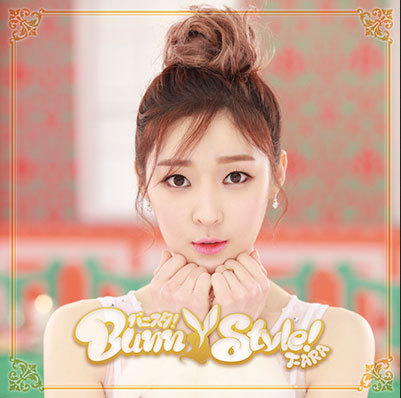 Earlier this week, Core Contents Media, also known as CCM and home to Hallyu flower girls T-ara, announced that the group’s newest member Ahreum will in fact be leaving the group to pursue a solo career. This premature departure comes as shocking news to many due to the fact that Ahreum was not officially a part of T-ara until June 2012 and still only recently appeared in Korean T-ara activities with “Day by Day” and “Sexy Love” promotions last year and the sub-unit T-ara N4 this past April.

The news is strange and unwarranted. And more so given the past year in T-ara related news and scandal.

As the dust settled around Hwayoung‘s contract termination, CCM continued to egg followers on with the promise of two new additions to T-ara, Ahreum and Dani. Much uproar continued as it was revealed that Dani was in fact fourteen years old at the time of the news’ release, as well as demands to CCM for further and more concrete explanation for Hwayoung’s sudden departure. The issue blew up and only ended badly for everyone; T-ara was forced to take a break (a break for T-ara, wow) from the spotlight and CCM was forced to stay out of the tabloids, all for the sake of saving face. Meanwhile, whereas Hwayoung was pulled from the stage and Dani was given her fifteen seconds of fame here and there, Ahreum had yet to appear with the official T-ara stamp.

It wasn’t until it was announced that she would appear in be the latest addition to the T-ara N4 sub-unit alongside the three most popular T-ara members, Jiyeon, Eunjung, and Hyomin, that Ahreum finally popped up the official radar.

But her glory as a member of T-ara was short-lived, even though, according to TV Report, CCM had plans to take T-ara N4’s “Jeonwon Diary” stateside with five different versions, with raps by Chris Brown, Ray J, Wiz Khalifa, and Snoop Dogg that were supposed to release in June. Whether or not the decision was made on the CCM chopping block or of Ahreum’s own will is still a bit up in the air, but Ahreum herself seems content and optimistic about a foray into solo-dom. In this post-Ahreum phase, T-ara will promote with their six original members, Eunjung, Jiyeon, Hyomin, Soyeon, Q-ri, and Boram, for the time being. Until of course baby Dani hits puberty or something. Many have been quick to blame the T-ara members as bullies, a name they supposedly earned themselves last year when the members were accused of bullying former member Hwayoung. Others, however, have managed to spread rumors that Ahreum has been suffering from spiritual possessions and other paranormal disorders and that this is why she is being forced to leave T-ara. Both ideas I’m sure are untrue. Ahreum herself came out and posted on her Instagram,

Come on~ Don’t stick yourself into another person’s life when you don’t even know the full story. You didn’t even see it with your own eyes and you didn’t hear it from me personally. Is that okay to do? This isn’t right. I’ll treat you to a meal, so please contact me directly to tell me who started this talk. I don’t want it to end badly. I won’t explain. I’m okay as long as I know it’s not true. I won’t say this twice. You’ll think what you want anyway since it’s not your life. But as Ahreum, who can’t live without her dreams, I’m posting this bravely. From today forward, don’t bother my boss or agency members/family.

The whole T-ara debacle, spanning from all the way to last year until now, has truly been disheartening given that it seemed that T-ara had really begun to take off on the grand stage of K-pop and Hallyu. It’s even worse being a T-ara fan and having to suffer with the constant mismanagement that comes out of CCM as well as their pathetic official statements which more of  than not explain absolutely nothing about what everyone is confused about.

Like I said, I don’t think the other members bullied Ahreum out of T-ara–in fact, with the ways things are turning up, it seems like Ahreum had few qualms about leaving T-ara at all, and neither of those things surprise me. She, alongside Dani, has been one of those empty promises dangling above the name T-ara that has come off as haphazard since the day it was officially announced. Fortunately for her, it seems as though she saw her career with T-ara as being negligible (and let’s be honest, her contributions since her addition have been pretty much that) and chose to go for something worth her time and effort. And I’m not sad in the least to see Ahreum go; I can honestly say I’m glad she’s jumping ship. 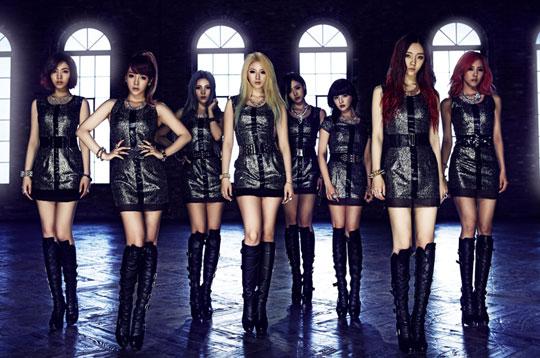 In the past year CCM has managed to blow a huge hole in the T-ara ship, and the group’s relevance and good name are sinking fast.  To make matters worse, CCM has also stated that T-ara will continue to undergo member changes and that Ahreum’s position in T-ara N4 will be replaced by Dani. Eventually, I think, or something. I don’t know, her current status is still ‘training’ so… Also, if you didn’t think things at CCM couldn’t get any more cray, they’ve also announced that not only T-ara but The SEEYA, 5Dolls, and SPEED face structural changes as well. That’s pretty much more than half the current CCM roster scheduled for new member developments.

It’s not to my knowledge that any other group besides T-ara is raking in the big numbers for CCM, but these drastic changes seem to me a major indication of mismanagement and project misguidance that span company-wide. Still, I don’t know if that makes me feel any better as a T-ara fan. In fact, I just feel worse. So much, worse, I can’t talk about this anymore. Just bring me back the Absolute days and let’s call it even?