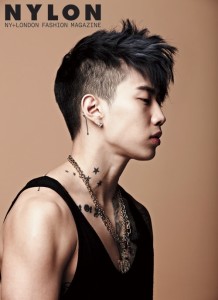 We at Seoulbeats have never been ones shy to call extremist K-pop fans out on their bigotry and their obsessive desire to protect their favorite idols. A favorite is the “but they’re only human!” card—which is one of the most, if not the most, bogus things I’ve ever heard in K-pop (and there are a lot of strange things that go on here). Fans that make less of their idols’s mistakes under the guise of sympathy and humanization are foolhardy; the only reason that these idols are given the “they’re only human” card is because these idols are not “only human” in the fan’s eyes.

Idol or no, people need to take responsibility for their actions; moreover, public figures need to be even more perceptive about the kind of actions that they take. Whether these celebrities like it or not, they have to serve as representatives of Korean society. If Korea continues to consider itself at the forefront of pop-culture exportation, this becomes even more prevalent and relevant for the idol industry, for not only is Korea watching, the world is too.

However, this is not an occasion to feel disappointed in fandom culture. No, this is rather a good time to celebrate the sane fans; the people who know how to put their moral code first and idol love second. I’m speaking of Jay Park‘s recent “scandal” involving the latest and greatest social media outlet, Vine.

From what I’ve gathered, this is a low coverage event, and unsurprisingly so. It’s mostly been mentioned as an afterthought, discussed in forums or on smaller K-pop-related sites because what Jay Park did wrong is a pretty small offense when put into context of the greater problems. For those unaware, this is what Jay Park stupidly did:

So it’s pretty easy to see how that video can be offensive. Rape is not something to be casually talked about in any context, as a joke, or as a metaphor. I know that people casually use the word anyway; I’ve even heard people say that they are going to “rape an exam.” or got “raped by an exam.” Just because that happens, it doesn’t make the joke any less harmful or inappropriate. There are people out there who have suffered as rape victims (be it girls or boys) and have been scarred for life. To belittle the tragedy that truly occurs all the time, everywhere around the world, is not only insensitive—it’s outright offensive. Jay Park, being the idol figure that he is, has even less of a reason to be posting that kind of material. It may not be an earth-shattering mistake, but it comes off as really dumb.

J-Walkerz,fortunately, didn’t let something like that slip by. They immediately informed him of his error, and he took it down. No angry posts, no twitter-rage, nothing else publicly extraneous. The event was as simple as telling someone to be a little more tasteful with his actions.

Well, for the most part it is, because he did take down the video and did realize that people found it offensive. He made a mistake, then he fixed it because the fans brought it up. No big deal.

However, it’s Jay’s response to his fans on twitter that was the disappointing part. After deleting the video, here are some of his tweets:

Jay Park could have just deleted the video with little fanfare and everything would have been just fine. But what is this here? Are you now blaming your fans for telling you that your joke was uncalled for and unnecessary? In all honesty that’s kind of sad. I respect Jay Park less not for his petty misstep, but for his inability to admit to his mistake and genuinely learn from it. He’s not new to controversy, yet his tweets make it seem like he doesn’t believe that there is anything wrong in what he did, and he just deleted the video to appease everyone. That which is seen here is a really pathetic apology. 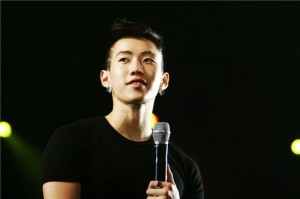 And it’s for that reason I’m happy that fans hold the power they do over celebrities. Fans aren’t just pawns for idols to earn money off of, fans are often times the moral backbone to their idol and have the power to do great things, given cause for it. J-Walkerz are also a great reminder that fans are not all mindless and biased, delusional and closed-minded—they can do good things for the idol community, and be productive about it. Sure we can bash Se7en and Rain for army infractions, T-ara for alleged bullying, etc. online, but it does nothing to elicit change or a positive impact. Public damnation does nothing in the end, because what was wrong doesn’t get fixed. You only get ruined careers and bitter people. Positive change is much more effective.

I’m not going to now put J-Walkerz on an artificial pedestal that other fan groups have to “look up to,” or anything of the like; this is not something to merit that at all, nor would it be wise to do even if it were the case. However, I think it’s well worth giving some focus to what fandom can do well in the K-pop Idolsphere rather than all the problems they cause, as small as those contributions may be. There may be hope yet.