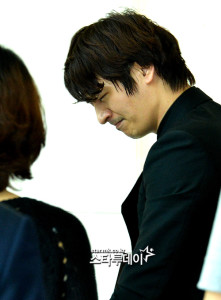 It was a “WILD’ week in K-pop with a lot of strange and sad things happening. I wonder if this is an indication of things to come for summer?!

Among the most shocking and sad occurrences was the apparent suicide of Son Ho-young‘s girlfriend in his car which was discovered when someone complained of the car being illegally parked.  What followed was worse as he then attempted suicide himself in the same manner a few days later.  (SportsDonga, StarNews, StarNews)

The former CEO of Stardom Entertainment, Lee Seung-yeon, committed suicide on May 20th with friends finding his body in his home on the 21st.  Stardom is the former management company of Block B who is currently trying to get out of their contract with the company for breach of their contract. Lee Seung-yeon was actually one of the main individuals involved in the case as he was accused of embezzling 70 million won from the members’ parents. (NewsPim)

At times things can can go so wrong in life that it seems as if nothing will ever be right again, but suicide is never the answer to the problem. If you are having thoughts of suicide, please seek help instead.

In another wild series of events, staff from Core Contents Media apparently went to the offices of  Sports Seoul and started swearing at the editor and staff because they were upset with an article that Sports Seoul wrote about the press conference that the company had about T-ara N4‘s advancement to the US.  They even tried demanding that the article be edited or 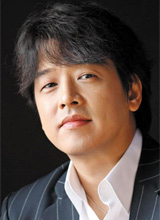 deleted.  Core Contents Media just continues to dig themselves in a hole with poor management and outrageous practices–it is truly embarrassing and a sad situation for the artists signed to the company. (SportsSeoul, SportsSeoul)

Actor Ryu Si-won‘s divorce continues to get ugly as he was recently indicted of installing a GPS tracker on his soon to be ex-wife’s car without her knowledge, and of beating and threatening her.  The actor claims that she is lying to get an advantage in their divorce proceedings. (The Chosun Ilbo)

Now, on to the other ‘wild’ happenings this past week in K-pop! 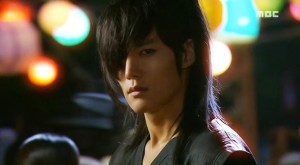