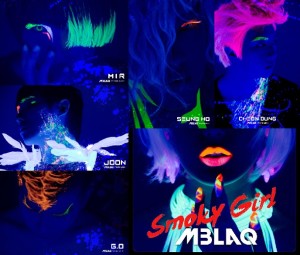 MBLAQ certainly livened up their comeback when they released first a teaser of a woman in neon and followed that up with teaser images of the members with their own neon glow. I’ll admit, the teasers went in a direction I certainly did not expect; the first thing in my mind was not a sexy beat but which kind of animal each member suddenly looked looked like. Nonetheless, the use of neon is reminiscent of their stint with glow in the dark outfits for “Y” with a much heavier tilt towards the creative side.

While the transformation of the members into tropical animals might have caused more than a few to hesitate and others to rave, the group’s music video teaser should bring everyone back to a happy medium as it is all kinds of smooth with the members getting ready in their suits in the black and white scene with no neon or “Smoky Girl” in sight. Whether or not the style of the image teasers will be portrayed in the actual music video remains to be seen.

Also to keep the A+ fandom thinking are some sketches by Zion.T about the music video. They suggest a continuation of the black and white theme already seen in the teaser and different worlds separated by water. 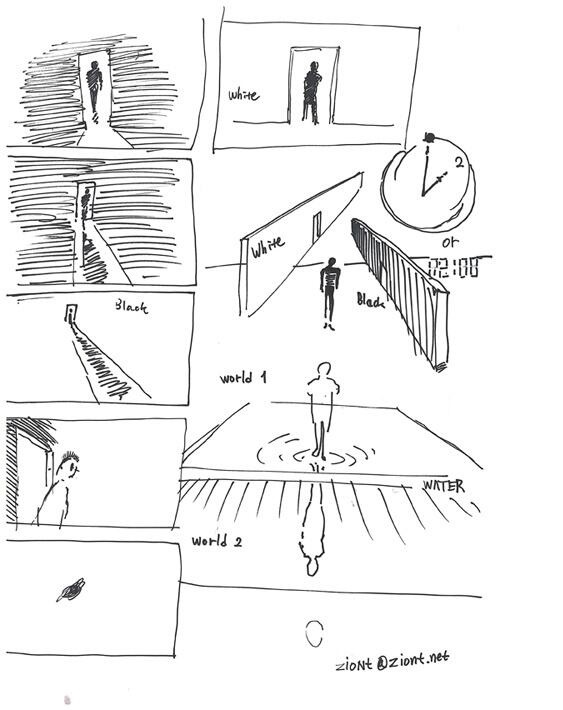 Lastly, the D-5 set of teasers (see featured image above) showcased the members with a decided pallor of the skin accompanied by darker eyes and reptiles (with the exception of Cheon-dung). Snakes, to be more particular. The exception to the darker eyes is Mir, whose lighter green eyes match the snake around his neck. MBLAQ isn’t a stranger to reptiles as they house some in their dorm, with Mir especially showing interest in them. The styling isn’t attractive, but it does do a good job of showcasing the fact that they’ve got living things slithering around.

This cold-blooded turn has me even more curious and confused about MBLAQ’s comeback. As the day of release (June 4) approaches, how are you guys feeling about these teasers? Is the comeback coming together as something you expected or leaving you confused as well?