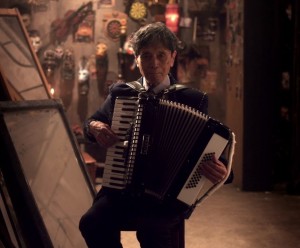 We’ve all heard intro tracks since most albums have one. These short tracks ranging anywhere from thirty seconds to a minute and a half serve as a sort of amuse-bouche before a grand meal.

But maybe you do what I once did: skip the intro entirely. Perhaps it’s because I rarely eat appetizers at restaurants, but I used to consider intros unnecessary, especially since they are so short.

Recently, though, I’ve come to appreciate the value of listening to these short teasers before diving into the rest of the album. They often shape the way I look at an album or even an artist’s whole style of music if it’s their debut, making intros an essential part of an album, but sometimes they are more like shorter songs that could be developed into full-length regular tracks. Here are my picks for intros that I think are actually worth a listen or two.

For the first male group to debut from Pledis Entertainment, NU’EST certainly started out strong with their debut single “Face,” which inspired me to incorporate some hot pink into my mostly black wardrobe. Their use of dubstep (before it became the plague and infected every song) was great, but it was their intro track that used it more effectively.

The track is not only incredibly catchy with the dubstep and Aron and JR rapping, but it also gives us some useful information: what NU’EST even stands for and how to properly pronounce their name for those international fans who don’t read hangul. For the record, despite looking like “newest,” it is, in fact, “new-east.”

After such spectacular work with the debut of leader Sunggyu as a solo artist as well the creation of subunit Infinite H, I was admittedly disappointed with “Man in Love.” While I love their distinct ’80s-inspired, percussion-heavy sound that I first fell in love with, I found the chorus underwhelming and the raps jarring. After multiple listens, the song grew on me, but it still remains one of my least favorite Infinite singles. However, I enjoyed the rest of the album, including the completely instrumental intro track “Welcome to Our Dream.”

The music is a definite step out of Infinite’s signature sound, but it works as a prelude to “Man in Love.” Since the single is light and cute, this track plays off that with full orchestra, violins, percussion, flutes, everything. It sounds like we are entering a fantasy world of castles, princesses and knights in shining armor with a whirlwind of romantic expectations, the perfect introduction to a song about being head over heels in love.

Time for a throwback to Big Bang’s debut album Since 2007, back when they were hip-hop lite and Taeyang had cornrows. When I first heard “Intro,” B2K came to mind — but, then again, Big Bang definitely had a similar style back then. The intro consists of Big Bang mostly spelling their name out and imitating record scratching sounds with plenty of “friki frikis.”

The track has such a classic ’90s hip-hop feel, and the beat makes me bob my head like no other. Something about G-Dragon‘s voice makes this song ridiculously catchy. And apparently, the track was so popular that Big Bang ended up making a full-length version.

Ballad artist K.Will has the one of the most magical voices. It gives me chills the way he emotes across his immense range from higher notes into the lower notes. The track “Closing My Eyes” is in this category simply because of length and the fact that (Intro) is tagged on the title, but it could stand on its own. The song comes off the first part of his third album, from which comes the single “Please Don’t.”

The track sticks to a simple piano melody, which makes this feel like one of those old-fashioned lounges where the singer is wearing a tux and all of the audience are dressed in formal evening wear and drink martinis or scotch neat. And as high as his voice is in this song, it never feels whiny at all. It’s sinewy but haunting.

Besides the fact that musician-dol group Sunny Hill is co-ed, I also adore their music. Their leader Janghyun has a hand in much of the composing though he’s been on hiatus since last January when he started his mandatory military service. Even though the group debuted with a light, happy image back in 2007, they switched gears when they released the mini-album Midnight Circus with an evil circus concept. Everything about the album ties into that feeling from beginning to end, including the intro track “Girl with a[n] Accordion.”

The track is almost entirely instrumental with the exception of a scratchy recording of a ringmaster announcing the performance along with audience cheers and clapping in the background. The accordion itself has a sort of whimsical yet creepy feel to it that slowly speeds up and makes me uneasy, perfect to enhance the feeling of something sinister to come in the rest of the album.

I am definitely a Baby — I admit to crying when I saw them live in Washington, D.C. — but I had never paid any mind to the intro track off their first album Warrior. In preparation for B.A.P.’s Live on Earth Pacific Tour though, I found myself listening to all of their music on repeat and was surprised to realize that there was one song I didn’t recognize: “Burn It Up,” which they had apparently performed it at their debut stage.

As much as I love the rapping at the start, the highlight is at the end when Youngjae and Daehyun go back and forth singing. Their voices compliment each other, and Daehyun certainly knows how to melt noona hearts with those high notes. The track as a whole shows that even from their debut B.A.P. have some serious talent, and I only wish the song was longer. My solution is to simply hit repeat.

As I am not too big a fan of After School, it might seem strange that I would pick a track by them. But when I heard “Let’s Step Up,” I was pleasantly surprised that I actually enjoyed it. Part of the visual aspect of K-pop is definitely dance, typically of the hip-hop variety — but definitely not tap, as in this track. As a more classical form of dance, it is usually reserved for musical theater. Its use in After School’s intro track to Virgin strays from the norm, so much so that Pledis Entertainment decided to even create a music video for it.

As a person with more than a decade of classical dance training, I appreciate the choreography. It is rather simple, but since tap is all about sound and rhythm, you don’t need much for it to sound great. Plus, the more complicated moves require experience that the girls in After School just don’t have, which is probably why the track drowns out some sounds. It probably wouldn’t be so clean if we could hear their feet. But all in all, it’s great to see a group step out of the box, even if it’s just on an intro track.

These are my top seven picks, and they required much internal debate to select. There really are so many albums with intro tracks (I think of U-Kiss with one on every single album, even that of their subunit), and it’s hard to pick.

What do you think, readers? Do you have a favorite intro track?