Tony An and Hyeri, The Cross-generation Idol Couple 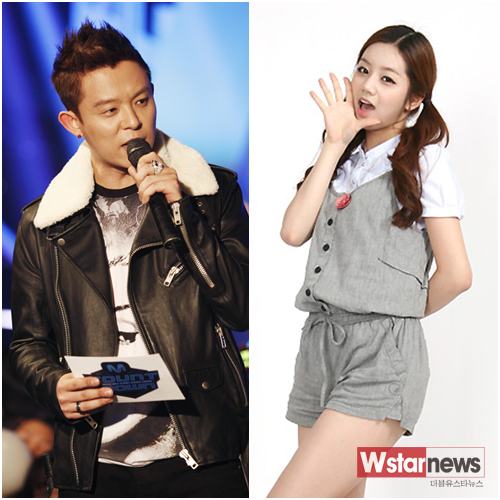 2013 has seen an explosion in dating revelations, and the latest couple to join these ranks are  H.O.T member Tony An and Girls’ Day maknae Hyeri. They were outed by Sports Seoul, who had teased the news earlier on, akin to how Dispatch had teased what turned out to be the Rain and Kim Tae-hee relationship (among other things).

News of this pairing took many by surprise, especially with regard to age: Tony is 34, while Hyeri will turn 19 this June. However, it should be remembered that both idols are adults capable of making their own decisions, and if they’re happy and everyone’s legal, the age gap should not be a problem for public concern.

In a bold and refreshing move, the couple’s respective agencies have confirmed the news; Tony’s TN Entertainment revealed that the pair have only been dating for two months and are in the “getting to know each other stage,” while Girls’ Day’s agency Dream Tea Entertainment delivered the official apology to fans along with a warning to not spread rumours or overreact over the budding relationship. Both agencies have managed to cover all the necessary bases with their statements — certain other agencies could stand to follow their example.

More than the age gap, I’m uncomfortable with the fact that Dream Tea had to apologise for their idol living her life. We all know of the restrictions idols face with regards to dating, but it’s sad that what should be happy news is instead treated as a failing of some kind. There’s also the way in which their relationship was revealed, with Sports Seoul having tracked the couple for weeks. As well as having to wonder what political scandal is perhaps being masked by this news.

In any case, congratulations to Tony and Hyeri on their new-found relationship! Readers, what are your thoughts on this latest relationship reveal?