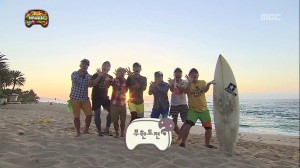 The first week of April brought a few endings in the K-popiverse as we saw the end of K-variety shows K-pop Star 2 and Qualifications of Men. It also brought the last episode of Infinity Challenge in Hawaii. Being a Hawaii native, I was glad that they tried a bunch of different and extreme things while here instead of the typical touristy things, but I have to say I was a little bit disappointed in the shows.  The editing felt a little off and disjointed to me which made the flow of the shows a bit weird. Too bad Waimea Bay was closed, I think seeing the members jump off the infamous “rock” would have been classic.

A couple of things that just missed the cut: GI’s debut MV “Beatles“, Fei‘s win on Dancing with the Stars Korea, and K.Will‘s “Love Blossom.” The following are the top 5 things that happened in K-pop last week that I think are a bit more special than the rest. If you’re not up-to-date on your K-pop and don’t like to be spoiled, go no further or you just might be spoiled. 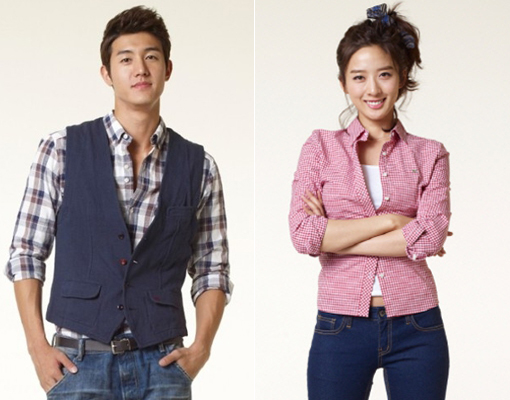 He might not have gotten the girl in Flower Boy Ramyun Shop, but actor Lee Ki-woo got the girl in real life. Actors Lee Ki-woo (32) and Lee Chung-ah (29) announced that they are officially dating. There must have been a spark made while filming the drama and they had kept in touch after the drama wrapped in December 2011, but both were busy with projects for a while. They began seriously dating at the beginning of this year.  I liked the Eun-bi & Kang-hyuk couple better anyway. 2013 is really shaping up to be the year of the “Official Couple.”

4. Dong-jun Hangs in There

Let’s Go Dream Team 2 visited Vietnam in their last episode with a few celebrity challengers. ZE:A‘s Dong-jun exhibited an amazing amount of strength and fortitude as he hung in there with his partner to beat SHINee‘s Minho, g.o.d.‘s Son Ho-young, and actor Park Jae-min in the championship round for the win.

The last episode of The Voice Korea 2 featured an  performance form Shin Seung-hun‘s team of Yoon Sung-ki and Jo Jae-il singing “As I Say.” Their vocals were just amazing and it was really too bad one of them had to lose–Yoon Sungki was in tears after the announcement was made that he was going on, but Jo Jae-il wasn’t.

2. The final leap for Qualifications of Men

It’s a sad goodbye for the cast of Qualifications of Men, but before the tears most of the members went out with one final leap of faith.  Check out the scenery as gag man Kim Jun-ho hang glide from the top of mountain, a really high mountain in their last episode.

Akdong Musician, the brother and sister duo made up of Lee Chan-hyuk, and Lee Su-hyun have won the second season of K-pop Star2. It was a tight race between them and second runner up Bang Ye-dam as both garnered high scores from the judges for their final performances. And while Ye-dam is a talented kid who has a lot of potential, I think Akdong Musician were the more talented and accomplished performers right now. Loved their performance of Toy‘s “Passionate Goodbye.”  Now the big question is ‘who will they sign with: JYPE, SME or YGE?

For Your Viewing Pleasure: Up Close