15& Make “Somebody” Worth Caring About 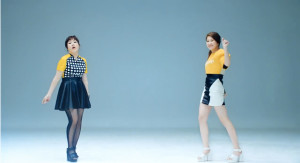 Okay, let me first get this out of the way. As much as I respect Park Ji-min’s singing ability, I have always believed her to be a classic case of winning the singing competition battle, but losing the single sales war. To be fair though, I would prefer to chalk that down to “I Dream” being rather flair-free for a debut. Sure, it was well sung, and it did play up those vocal fireworks, but Lee Hi’s did all of that and added a lot more excitement and identity to the debutant party.

Well, at least 15& are now back with this more promising number, called “Somebody.”

Compared to “I Dream”, “Someday” goes with the R&B/Soul-inspired sound so loved by JYP. While the song does share a few riffs with a few previous Beyonce hits, and it might be cutting it a bit too close to the last MissA single, at the very least it lives up to the JYP promise of being a fun listen.

Another thing I liked about the song was how it struck a reasonable balance of showing of the girls’ vocal abilities, but at the same time not turn into a song belting exercise. For the most part, the singing is rather restrained and their vocal timbres come off nicely, but there are times, as the song nears its chorus, where the girls are allowed to engage in some vocal acrobatics. While it does get very obvious after the third time, at the very least the girls are vocally capable enough to wreck listeners’ eardrums.

If there is a criticism of the song, it would be how I am not a big fan of the squeaky reverb effect applied near the start of the song, 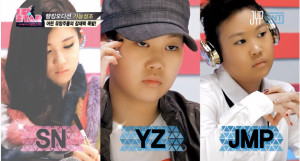 which only serves to annoy, and give the listener the false impression the song is not too sophisticated composition wise.

While the song is a typically R&B-inspired and reasonably sophisticated effort from JYP, it’s still nice to see that there is still that sense of fun which we’ve come to expect from JYP, in the form of the music video. The  whole premise of the music video is a blatant parody of the show that Park Ji-min made her name on, except that this time round its called 15& Star. Haha.

We are then treated to a montage of scenes expected of reality singing competition, ranging from the hopelessly inept contestants: 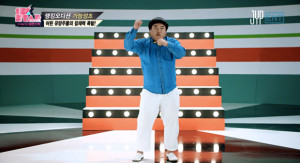 To that look on the judges’ faces when they are mightily impressed: 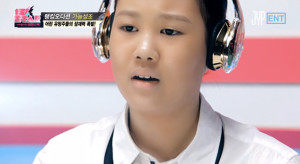 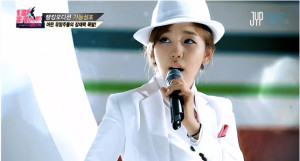 And lastly an appearance by the man himself (like, seriously): 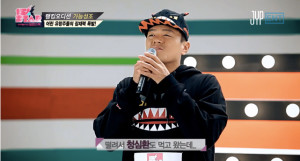 Of course, as fun as the video is, it would not really work for the live stage if there was nothing else to it, so the parodies are interspersed with a few dance scenes. The dance moves are rather simple, consisting largely of body waves that are very gentle and non-sexual in nature, as well as some hand movements relating to the lyrics. Admittedly, the dance moves are never going to give the average girl/guy group a run for their money, but it does not really matter. For one, there are those back-up dancers that add to the background, and more importantly, 15& do appear like they are having fun with those moves.

Summing up, “Somebody” should help to erase memories of the average that was “I Dream”. By turning up the fun, and turning down the need to impress, 15& hopefully would be able to leave more of a mark on the music scene, rather than just be known as “the act with one member from K-pop Star, who watched the runner-up run off with the post show success.” And for that, “Somebody” gets a solid 4/5 from me.