Cooking Her Way Into Your Heart 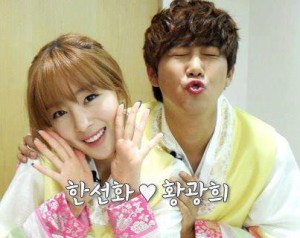 If a girl is pretty you can be with her for three days, but if she is nice you can be with her for thirty days, and if she can cook well you can be with her for thirty years. This saying is a good statement about not basing love on attractiveness alone, but it is an even bigger statement about the importance of cooking in South Korean romantic relationships. In a country largely ruled by Confucian values it is no surprise that cooking is seen as one of the most valuable traits in a marriage-eligible woman. Unfortunately, despite the fact that South Korea has made many strides in gender equality over the years, this concept of the woman being in charge of food is still portrayed in popular media on an alarmingly regular basis.

The particular proverb mentioned above was broadcasted on the show We Got Married (WGM) when Sunhwa stated that Kwanghee really fell for her romantically the first time she cooked for him. If this were the only time this kind of statement had come up in WGM, or in Korean pop culture in general, it wouldn’t have stood out to me, but it isn’t the only time. This was one of many cooking references of this nature I’ve come across since I started listening to K-pop and watching Korean TV and each time the statement implies that a good wife should be the one that knows how to cook. 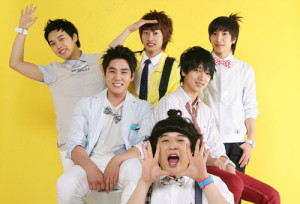 Before going any further, let’s make it clear that there is absolutely nothing wrong with being good at cooking or valuing cooking as a central part of a culture. Food is important to everyone in the world and the special foods of our respective countries help define who we are as people and as cultures. However, as valuable as that concept is, it isn’t realistic in a modernized and technologically advanced society (in other words, not hunter-gatherer) to expect one particular gender of people to be the only ones that cook.

The Confucian-like ideals surrounding cooking are most obvious in shows like WGM because K-Pop idols and actresses are in situations where they need to produce food for themselves without the help of staff. Sunhwa has been the only one this season who can boast of her cooking skills, with all the other women being far more career focused than domestically focused, and it has worked in her advantage at every turn. Obviously, people should be acknowledged for their skills, but the comments on Sunhwa’s cooking (especially when comparing her to other WGM wives) go beyond appreciation and into the realm of gender stereotyping. 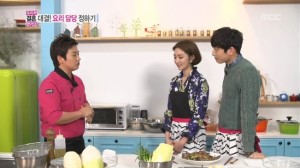 As South Korea continues to modernize, there will be more and more women that are in the work force (as is already the case) and these women will have busy schedules that do not allow for the preparation of intricate traditional meals. This was obvious in WGM as both Go Jun-Hee and Oh Yeon-Seo expressed their frustration with cooking. As single actresses, we can guess that they aren’t often called upon to do domestic tasks, and spend most of their time filming or promoting, which doesn’t leave a lot of time to learn the ancient family dumpling recipe.

Of course, they could have learned cooking from their mother when they were young to fulfill domestic expectations, but if they never liked cooking, it is hard to fault them for only knowing how to cook enough to feed themselves. Regardless of their personal preferences, because they are suddenly placed in a “marriage” situation, they have to cope with the cooking expectations of their husbands. 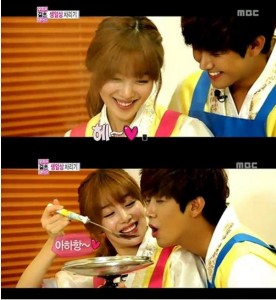 It isn’t only in WGM that this message appears. Super Junior-Happy’s humorous song “Cooking Cooking” is a strange place to find any social commentary, but despite the fun MV and light tone, the lyrics have a clear message — if my girlfriend doesn’t know how to cook tasty food, there is no way I’m marrying her. This message sets a clear line in Korean romance — it is alright for a girlfriend to be bad at cooking, but it is not ok for a wife to be bad at cooking. This places the responsibility on the woman, creating an expectation that she will learn to cook if she ever wants to become a wife.

Back in the WGM world, the gendered emphasis on cooking has created continuous stress in the Go Jun-Hee and Jinwoon couple because he was raised in a family where traditional values have been practiced. Go Jun-Hee’s inability to live up to the role of food preparer does nothing but make her feel like an inadequate wife and inferior to others. It isn’t Jinwoon’s fault for having expectations since he was brought up in a family where mothers and grandmothers prepare the food for the family, but that still doesn’t make it acceptable to try and force Go Jun-Hee into a role she doesn’t feel comfortable in.

Obviously, not every man expects his wife to be the only one that cooks, not every family will look down on their daughter-in-law for not being a culinary genius, and not every girl will care whether she can cook or not. However, the fact that popular media is still portraying the kitchen as the woman’s place is the concerning thing. Even if the younger generation is beginning to live a lifestyle based less on Confucian ideals than their parents, they will never be completely free of those expectations until the society at large stops romanticizing them. 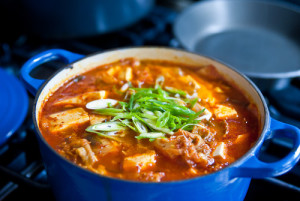 We Got Married and the song “Cooking Cooking” are two good examples of the tightly laced connection between cooking, marriage, and romance in South Korean culture. Spending time cooking something for your significant-other can be a great way to show how much you care about them, but it should be a voluntary action not a forced one. Just because Kwanghee cooked for Sunhwa on special occasions doesn’t change the fact that, if she were actually a wife, the rest of the year she would be expected to do the daily cooking. Sadly, it doesn’t matter if this portrayal is the reality of most couples in South Korea or not because popular media still portrays it this way, meaning the message is still part of society.

Readers, how do you feel about cooking in a relationship? Does the role belong to someone in particular? Or would you rather be like the JoonSeo couple and order food a lot?