Some Love for Yoon Jong-shin's "No Schedule" 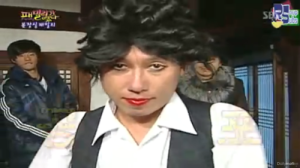 Admittedly, the majority of my experience with famed singer and songwriter Yoon Jong-shin does not go much further than variety. First encountering him in the widely popular Family Outing playing the sickly yet endearing role of the elder, I initially regarded Yoon more as an entertainer rather than an artist. With his quick wit, good-natured humor and laid back personality, it was admittedly very easy to mistake Yoon as another gagman due to his high compatibility with variety.

And for the majority of my K-pop experience, this perception remained. My subsequent experiences with Yoon also revolved around variety, seeing him as a regular host in MBC‘s Radio Star, a guest on Running Man, and just quite recently, one of the new hosts of the second instalment of renowned talk show Strong Heart. 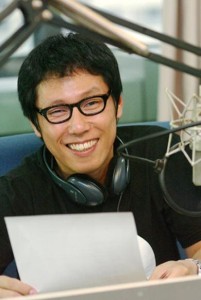 However, despite his popular perception in recent times, Yoon is a musician; and a talented and accomplished one at that. “No Schedule” and “Parting Taxi,” two of the projects in Yoon’s ongoing monthly series, are my first true experiences with Yoon Jong-shin as a musician, and to be quite frank, I’m left wondering at what I’ve been oblivious to all this time.

“No Schedule” is a traditional ballad through and through, following orthodox progression and a familiar basic instrumental. The instrumental is heavily percussion-led, being centered around an evolving piano medley being finished off with a stable synthetic drum beat. Later on in the song, little embellishments with the electric guitar are added; however, these embellishments, as climactic as they usually are, surprisingly don’t take away from the solemn and subtler tone of the song, instead adding a much appreciated intensity.

Truly, the song avoids spiking into melodramatic and overly sentiment highs, but rather, the track stays in a morbid low throughout its entirety. The only exception is the last chorus succeeding the impactful middle eight, where the sound and vocals effectively spike after much build-up to make a glorious and memorable closing for the song.

Featuring the trained Kim Yeon-woo as the vocalist for the track, the execution was clearly top-notch. Kim’s emotional capacity allows him to properly portray heavy feeling of the genuine song, and his skill as a vocalist was definitely highlighted as well. His low notes were an utter treat, and his vocal acrobatics in the previously mentioned glorious last chorus was just breathtaking. 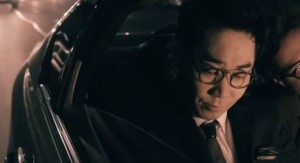 If under the care of another vocalist, that last section laden with ad libs and vocal stretching would have appeared only as a shallow vocal showcase, but Kim was able to channel the proper emotions to effectively integrate the — admittedly impressive — vocal showcase into the rest of the song.

Accompanying “No Schedule” is “Parting Taxi,” a track of similar nature but actually sung by Yoon this time. While his voice has always been made fun of multiple times in variety, he sounds absolutely magnificent in this track. He doesn’t reach the high notes Kim reaches, but his voice is so fittingly mournful and subtle, and one could so easily conclude the message of Yoon’s despairing song right off the bat. Moreover, when his voice does soar during the impactful chorus, it is always a chilling moment, for the transition manages to be jarring yet fluid at the same time.

The instrumentals and vocals of both songs are delightfully and refreshingly simple, playing right by the book yet remaining crisp and high quality. But though the execution and production of the songs deserve some praise, what really attracted my attention were the lyrics. Both written by Yoon in one of the lowest and most depressed points in his life, the authenticity and genuineness of the tracks are exceedingly blatant. Yoon’s lyrics presents itself as crushingly honest and personal yet highly relatable, a true testament to Yoon’s trained experience in the industry. 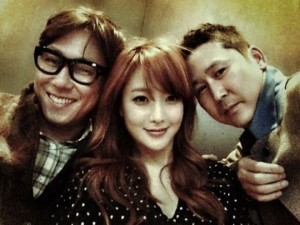 Accompanying the touching and loaded songs are two complementary music videos. Much like the songs they revolve around, the music videos for “No Schedule” and “Parting Taxi” are exceedingly simple yet fairly effective in carrying their meaning. Both videos share the sole setting of a simple taxi, and both videos show very minimal action between the main protagonists, mostly only depicting the two protagonists singing in the taxi. It is presumed that “No Schedule” comes first, and is later followed by “Farewell Taxi.”

In “No Schedule,” Yoon is with his friend in a taxi at night, drifting into a soft sleep. After a bit of reluctance, his friend, singing the song the entire time, allows the tired Yoon to lean against him. However, by the end of the video, the friend eventually exits the taxi, walking off dejectedly into the night, leaving Yoon alone in the vehicle. 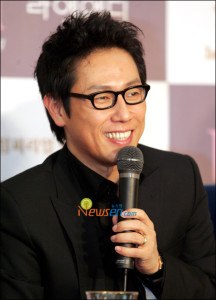 This is where Yoon would later wake up and the events of “Farewell Taxi” soon occurs; similarly, minimal action is shown, with the majority of the track just Yoon singing and reminiscing. While the videos can surely be described as nondescript or boring, the simplicity of it all really allows the subtler internal conflicts to really shine, which is what the songs’ lyrics focused on.

In conclusion, “No Schedule” and “Parting Taxi” were definitely pleasant surprises for me. Previously an individual who regarded Yoon Jong-shin more as an entertainer rather than a musician, this effort was a happy realization of such a rich and complex side of Yoon Jong-shin that I’ve never really known before. Simple, clean, yet crushingly honest songs, “No Schedule” and “Farewell Taxi” were subtle yet poignant surprises that helped me further mold of my growing perception — and appreciation — of the multifarious Yoon Jong-shin.

Overall, I’d award both videos a 3/5. While admittedly boring and uneventful, the lack of action and the clear simplicity allowed subtler details to shine through, which I could really appreciate. 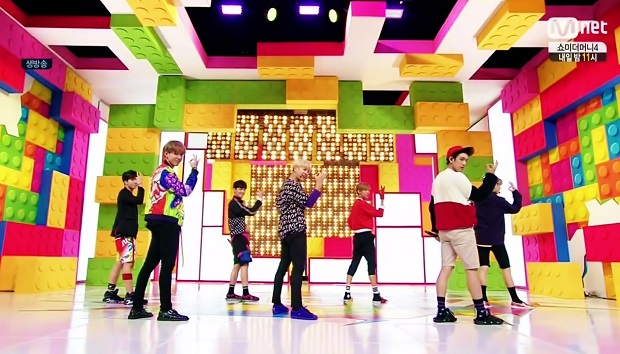