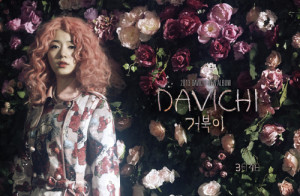 Vocal duo Davichi, consisting of the talented Lee Hae-ri and Kang Min-kyung, are finally making their long awaited comeback soon; and in anticipation, the duo recently released “Turtle,” a pre-release track for their next effort due later this month. “Turtle” and their pending comeback will break Davichi’s exceedingly long hiatus of almost two years, for the two have not experienced any official activities as a group since 2011’s “Don’t Say Goodbye.“

But while Davichi as a group hasn’t had any official promotions, its two members have been able to maintain some public interest during their break through news stories and outside activities. Quite notably, the two were frequent guests and regulars in the highly popular competition show Immortal Song 2, making multiple appearances over the past year and consistently wowing the audience with their stellar performances and breathtaking vocal capabilities. 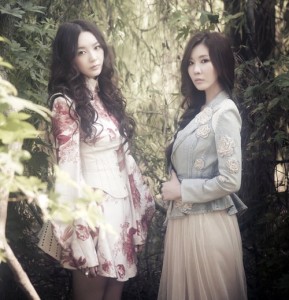 However, not as positively, the group has also attracted attention for their brief struggle with management Core Contents Media. The duo initially announced that they were switching companies, leaving Core Contents Media to join a company founded by their longtime managers. While not ever really being esteemed as a just company, Core Contents Media was at their worst around that time, struggling immensely following their incompetence in dealing with the (highly preventable) controversy surrounding the company’s flagship group — and Davichi’s labelmate — T-ara. Consequently, many saw their leave as a wise and clever move considering the incompetence their company has shown in such an urgent moment. However, after a turn of events, the duo switched back to Core Contents Media at the last minute, catching a little bit of ire and doubt in their direction.

Nevertheless, after a long yet eventful break, Davichi, still with Core Contents Media, is finally back, giving us a preview of their latest effort “Turtle.” As a track, “Turtle” is a bittersweet, distant mid-tempo, staying true to Davchi’s signature sentimental sound and carried fabulously as per usual by the two girls of Davichi. Truly, the girls’ magnificent execution make the song. The duo’s emotional capacity is honed and trained, and the two are able to sound distant yet melancholy throughout the track. Moreover, the pair’s vocals are unmatched and skilled, indulging with some gorgeous high notes while still carrying a rich stability in the lower sections of the song. 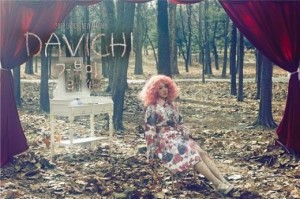 However, while Davichi’s execution deserves utmost praise, the track is admittedly very bland. There’s no real spark or emotional value to separate the track with the rest of Davichi’s discography, and consequently, it feels slightly formulaic, barely deviating from the sound Davichi is famed for. With its subtle piano-led instrumental complemented by a melancholy bass loop, there is nothing blatantly unlikable about the song; however, there is nothing particularly noteworthy about the song with its uniform progression and its steady albeit tired sound. The most remarkable aspect of the song would definitely be its middle eight and ensuing chorus, where the sound of the song culminates into a proper, albeit predictable, climax; but again, this could also be attributed to the girls’ great execution.

If anything is to be praised about this effort, it would have to be the whimsical, cute, and touching music video accompanying the song. Starring Co-ed School and 5Dolls’ Hyoyoung, who recently got to show her acting chops through this year’s popular School 2013, the video has a certain likeable quirk that surprisingly carries much meaning as well. 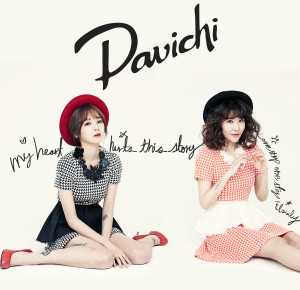 Starting off with a distant shot of Hyoyoung in a blatantly doll-like, still position, the bespectacled male protagonist of the video starts a music box, triggering the hourglass on the desk and the clock adorned on Hyoyoung, bringing her to life. Already, with the first shot, the mood and ambiance is clearly established with the stunning visuals. The image of a still Hyoyoung, elegantly adorned in a fantasy-like pink wig and dress, surrounded by graceful furniture in the middle of a sleepy forest being watched over silently by a lonely male protagonist leaves a poignant and bittersweet visual that is very fitting of the song’s meaning.

When Hyoyoung springs to life, the male protagonist noticeably disappears, and Hyoyoung is left alone in solitude to wander around the wondrous forest. Encountering an adorable white rabbit, Hyoyoung follows it to a dream-like world filled with beautiful roses, and the male protagonist can be seen leaving Hyoyoung with a floral decoration, an ornament she would later find and play with happily. Our female protagonist then follows the rabbit into another dream-like area of the forest, this time a happy and colorful camp heavily hinted to be prepared again by the male protagonist. 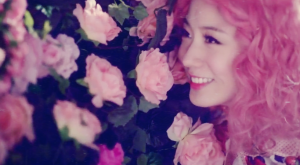 After spending her time playing in the camp, the day dims and Hyoyoung decorates a tree with paper lamps before wandering back into where she was awakened initially, only now it is extravagantly adorned with the decorations from the many dream-like states of the video. Flashes of the male protagonist preparing said decorations appear once again, and after seeing the music box shown in the beginning of the video, Hyoyoung sits in solitude before a set of empty chairs, noticing the dwindling time in the hourglass. Before time completely runs out, she notices the male protagonist sitting before her in the empty crown of chairs and approaches him cautiously. However, she is stopped, for time has run out, and she is left still in her doll-like state again, only inches away from the male protagonist.

The video creatively illustrated the message of the lyrics, which told of the aching and slow process of getting over a lover through its breathtaking aesthetics and adorable, yet surprisingly poignant plot. First and foremost, the visuals in this video were absolutely stunning. As briefly described above, there was a very fantasy-like ambiance that surrounded the entire video, and certain props and scenery only further complemented this vibe, giving the video a very whimsical dream-like quality. Moreover, the styling of the video was also on-point, for Hyoyoung resembled a princess throughout the entirety of the video. 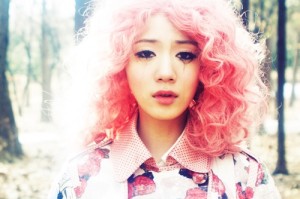 Certain visuals were also very powerful. Including the first scene, the shot of Hyoyoung leaning reminiscently against the wall of roses and the visual of Hyoyoung sitting before the empty crowd of chairs were also very memorable as well, for they carried the aching and bittersweet nature of the song’s message. Also helping deliver this memorable message was Hyoyoung’s commendable acting. Despite the happy and joyful nature of the visuals and sets, she was able to amazingly embody the melancholy and subtle of grief the song talks about, carrying a very distant look with her throughout the video to allude to the distant tone of the lyrics.

In conclusion, while the song was fairly bland and innocuous, the real highlight of “Turtle” was its imaginative, cute, and poignant music video. Its plot and visuals were whimsical and creative, and the message of the song was so stunningly conveyed, making this one of the best videos Core Contents Media has made in a long while. After all, slow and steady wins the race, and so “Turtle” gets a very satisfying 3.3/5 from me.

What are your thoughts Seoulmates? Did you like Davichi’s “Turtle?”

Shannon Williams to Debut under CCM