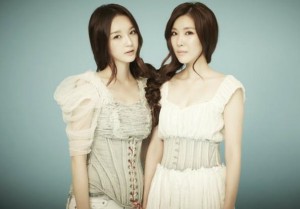 We’re all aware that K-pop artists (and their companies) are not shy about dipping into the pool to cover other artists’ songs. Usually these remakes are songs from the company’s back catalogue, and it’s commonly used as a tactic to introduce new artists without having to do much—but these are usually first-gen K-pop songs we’re talking about; nothing too difficult for new groups to master.

But there are instances in which artists and groups dare to tackle songs not only outside of their companies, but also outside of their native language. It’s always intriguing to see what an artist can do with  songs that we as English speakers know and oftentimes love. Even more daring is when an artist decides to take on an R&B, Gospel, or a traditionally a cappella song, all three genres relying heavily on vocal perfection, if not at least the technical prowess to throw in the right amount of improvisation and melisma to maintain the song’s integrity.

There’s undoubtedly a vast cornucopia of remakes that have found their way into K-pop’s musical annals; however, for the sake of keeping this list fairly short, I’ve set some boundaries:

1) Each artist will only appear once on the list (regarding groups: that means the group as a whole, solos, and subunits).

2) Each artist of the original song will only appear once (which also pains me, as there are a couple favorites who’ve actually been covered by many K-pop artists over the years).

3) This pertains a bit to rule #2. The same song will only appear once. So even if more than one artist has recorded said song and both are fairly good, I’ll have to choose one over the other(s) or none at all.

4) No collaborations. I know that seems unfair, but we’re talking strictly solos, subunits, or actual groups.

Now, with that out of the way, here is the list of some of the remakes that have left a deep impression on me.

The second English cover from a Korean artist that I’ve ever heard. Stevie Wonder is my all-time favorite artist, and I always get very wary when someone tries to cover one of his songs. A rare few have done so in a way that impresses me. Most either try too hard or do way too much. Jung Yeop, however, had the right amount of smoothness, tenderness, and all out skill to make this one of the most incredible remakes of any Stevie Wonder song (and one of my favorite love songs) I’ve ever heard.

My brother actually found this and sent it to me. 2Bic hasn’t done as much or gone as far as they probably should have, especially when you have a duo of two men with absolutely robust voices. Quite frankly, one does not simply sing Luther Vandross. He holds such a special place in the heart of so many people, you’d be hard-pressed to find anyone who’d cast a sideways glance at someone attempting to sing one of his more iconic songs. But here Jihwan is singing the song like it was written for him.

3. Big Mama – “His Eye is on the Sparrow” (Lauryn Hill and Tanya Blount)

Without a doubt, Big Mama is my favorite female K-pop group. As with 2Bic (and later on, The Grace), Big Mama never got the recognition they deserved. Their voices are so incredibly powerful it’s no surprise they’d tackle a Gospel standard. The version they took on was the one that most people tend to cover: that found on the Sister Act 2: Back in the Habit soundtrack. It’s a very technically difficult song to sing, and another that many people just try to do way too much with. Big Mama succeeds in delivering the soul and elegance the song is known for.

This is actually the first English cover I ever heard. When I was first getting into DBSK, I was searching for their performances. I stumbled upon this one, skeptical that this group of pretty boys could handle the doo-wop classic (which was more famously covered by Boyz II Men). Not only did they deliver a simple yet classically beautiful performance, it cemented them as my ultimate K-pop bias group. Their harmonies are second to none, and by tackling a largely a cappella doo-wop classic, they proved as much.

5. CSJH The Grace – “I Can’t Help Falling in Love With You” (Elvis Presley)

Truth be told, if I hadn’t heard of Big Mama, CSJH would hands down be my favorite K-pop girl group. In fact, they would’ve joined DBSK at the top of the list of all-round bias group. Which makes sense considering they were first marketed as the female answer to SM’s other vocal group—DBSK. Their version of the Elvis Presley classic is so clean and so clear it’s almost heartbreaking. Every single time they performed their song it sounded even better than the recording (which is no mean feat, considering the album version is damn near flawless). Another group that didn’t get the recognition or promotion they deserved. I still wait with baited breath for their comeback.

I wasn’t actually sure I wanted to add a cover of this song at all. It’s so terribly overdone, both English speakers and K-pop artists alike remaking it to death. However, Davichi is a special case. This duo of powerhouse vocalists knocked it out of the park without even trying too hard. It was clean, powerful, and oh so gorgeous. Alicia would’ve been proud to invite these two flawless vocalists to share a stage with her and tear the house down with their rendition.

Now, this is the portion that gets interesting. All of these performances and covers are incredibly beautiful; however, for one reason or another, they fall outside of my peramters. But I’d feel completely unsettled if I didn’t at least give them a shout-out!

This would be why rule #3 is in effect. Yet another song by my favorite artist of all time (Stevie Wonder), and it just so happens to be one of my favorites. It also happens that both Junsu and G.O tear the HELL out of this tune, though for two different reasons.

Junsu’s voice is just so incredibly perfect, but there’s an understated grace here that many people—English-speaking and otherwise—don’t have when singing this song (which is as much about emotion as it is about the inability to express those emotions). He conveys the feeling so well, I was almost shocked to find out he sang this right after DBSK debuted. 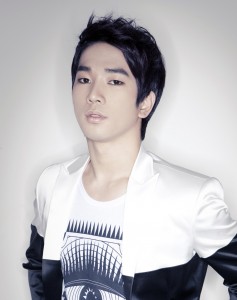 Then there’s G.O. The boy’s tone and range is shocking, and his ability to deliver the raw emotion of the song is what caught me off guard. You always know Junsu’s going to deliver an unreal vocal performance, but G.O manages to bring so much authenticity to the song you can’t help but be astonished.

Which leads to my next honorable mention:

Yet another Stevie rendition (from my second favorite Stevie album). This was actually shocking to see. It not only proves that G.O’s voice is possibly the most purely soulful in MBLAQ, but also that he has a very healthy music knowledge. This isn’t one of the most recognized Stevie Wonder tracks, but it’s universally one of the most powerful. G.O’s rendition sent chills up my spine when I first heard it, and it’s most definitely a performance I’ll never forget.

I know many people love this version, me included. However, this is only just a snippet of the song and not an official performance. Nitpicky, I know. But the list was getting totally long, so I had to draw the line somewhere. Unfortunately, this gorgeous version of the Karina Pasian song was just under the cut, purely on a self-imposed technicality. Ji-eun’s voice is so pure and lovely, I couldn’t help but add her impromptu performance. Though Miss A‘s Suzy also was in contention, her version was even shorter, and I couldn’t justify putting a 50 second performance from a variety show on the list.

There are probably about 20 artists and songs that I could put on this list. As it is, I had to behave myself and choose only those that gave me instantaneous and constant goose bumps. That said, what are some of your favorite English covers by K-pop artists?