Shannon Williams to Debut under CCM 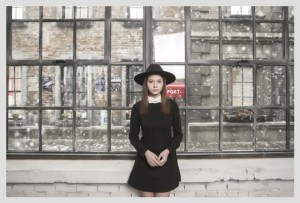 It has been confirmed that Shannon Williams will be debuted as a solo artist in this November, according to Core Contents Media.

Having a Welsh father and a Korean mother, Shannon is bilingual and she came back to Korea in 2010 to make her first Korean TV appearance on SBS‘s Star King. At the age of twelve, the girl captures everyone’s heart with her amazing voice, witty acting, and a shiny smile.

Even from the beginning, Shannon has always made it clear that her dream is to become a singer in Korea. She entered into a contract with CCM not long after. Over the last five years as a trainee in CCM, Shannon has actively participated in various projects.

She appeared in the music video “Day and Night”  with T-ara’s ex-member Ahreum  and Gavy NJ‘s Gun-ji,  was chosen to be in but opted out of F-ve Dolls, reached the final round of JTBC‘s Hidden Singer 2, among other achievements. SPEED fans may also recognize Shannon since Jongkook featured in her single “Remember you” earlier this year. Her debut song will be a ballad with urban dancing to showcase both her vocal and dancing abilities.

Apparently, Shannon has the look, the talent, and a very unique background that distinguishes her from many other rookies.  However, her chance of success still have to depends on whether CCM will do a decent job of managing its artists this time.