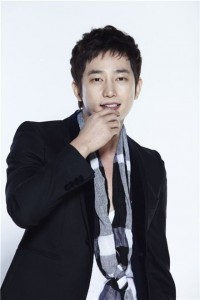 It is remarkably easy to ignore, overlook, or write off the gritty underbelly of K-entertainment. Millions of dollars, hundreds of hours, and liters of sweat, blood, and tears are invested in presenting South Korea’s crop of celebrities and idols as perfectly polished, excessively charming, and peerless in their inherent goodness. Of course, spying cracks in the veneer is only too easy, but let’s face it: the sugarcoating is comforting and familiar, and it’s always a shock to the system when something disrupts a beloved star’s perceived flawlessness.

The latest shock to the system? None other than the allegation that actor Park Si-hoo, who rose to fame through his roles in Prosecutor Princess and The Princess’ Man, raped an aspiring actress 16 years his junior after a night of drinking together. The actor will be summoned on February 24, 2013 for police investigation.

The details surrounding the case are hazy at best, but it would appear that Park, a junior actor, and the young female trainee (22 years of age and often referred to simply as “A”) drank together on or around February 18 after having been introduced by a mutual acquaintance. Following the consumption of two bottles of soju (a rice-based alcoholic beverage), the three departed. The manager of the establishment at which Park, the junior actor, and A drank asserts that A (who was, he says, wearing skinny jeans and fashionable clothing — as though this was even remotely important) was able to walk down the stairs just fine when the three left, but CCTV footage shows the junior actor piggy-backing an apparently unconscious A into Park’s apartment. As of this writing, the junior actor has also been accused of sexual assault and police are currently investigating the potential use of drugs or sleep medication on A in the time that elapsed between the trio’s departure from the establishment and their arrival at Park’s home. A confirmation of drug use, for which tests are being run, could seriously complicate the case and levy even more charges against Park and the junior actor.

Park made an early attempt to clear his name; his agency released a statement on his behalf confirming that Park and A did indeed drink together and shared interest in one another “as a man and a woman” (snort), but that Park did not force anything on the trainee. In other words, Park tacitly admitted to a sexual encounter between the two, but claims that it was entirely consensual. This was kinda-sorta-maybe initially believable, but news of both the CCTV footage revealing a clearly unconscious A and the potential involvement in the junior actor in the sexual assault has seriously called this into question. 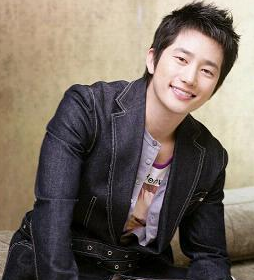 That a handsome, winsome leading man (and one that apparently can’t stomach alcohol, though I don’t know how anyone could possibly evaluate the veracity of that claim) could commit a crime as horrible as rape seems utterly impossible — and indeed, when news of the accusation first broke, that was exactly what many people said. Park Si-hoo, a rapist? Naw, couldn’t be; the girl must be a ggot-baem (꽃뱀 or “flower snake,” the Korean term for “gold digger”) who wants to capitalize on Park’s fame and wealth in order to get rich quick. Surely there’s a reasonable explanation, and we should all wait out the investigation and not jump to any rash conclusions. After all, innocent until proven guilty, right? No reason to stage an impressively stupid witch hunt over one skanky girl’s attempt to bring down a much-loved male celebrity with chocolate abs! The truth will come out!

To which I say: biatch, please. Whenever a female celebrity is accused of some sort of sexual misconduct, the word “slut” is tossed out almost immediately and carelessly. Sunye‘s getting married? The whore is pregnant. IU uploads a picture of herself with a shirtless Eun-hyuk? Deceptive harlot! Yoona lifts up the corner of Tiffany‘s skirt and makes a surprised face during SNSD‘s “Genie” promotions? That ho Tiffany isn’t wearing any underpants! Even the imitation of sexual behavior for the sake of one’s career (see: HyunA, Ga-in, SISTAR19, etc) provokes the condemnation that the personal character of the woman is stage is at fault, that she is some sort of sexual deviant. And as we’ve seen with the case of AKB48’s Minegishi Minami, this certainly isn’t limited to South Korea. But when a man engages in sexual activity? Eh, it’s probably nothing. Boys will be boys. Women should be virginal, but men…well, what do you expect? That’s nature! And we can joke about it on variety shows!

This isn’t just about gender, though. Where was all of this sanctimonious non-judgment when Tablo was accused of faking his degrees at Stanford? When Co-ed‘s Kangho was similarly accused of rape (a charge that has since been rescinded by the netizen that brought it forward, but has essentially destroyed his entire career)? When basically anything mildly suspicious that isn’t readily explainable occurs in Korean entertainment? Are you kidding me? This is rape, people. Now is not the time to cry, “But oppa couldn’t have!!” or “That girl is nothing but a gold-digging slut!” I don’t mean to imply that Park is done for or to join the chorus of people that are now crying for his blood because the evidence suggests that he’s guilty as sin; the netizen witch-hunt isn’t necessarily the proper reaction, either. But the fact that Park’s good looks, sharp acting, and “clean” reputation have led people to utterly dismiss the possibility that he could ever do anything wrong (even if the charge is rape) is utterly inconsistent with both the way that scandals are normally handled by netizens (and here I mean both Korean and international netizens) and with reality. Good looks, sharp acting, and a totally constructed “clean” image do not automatically lend themselves to anything — remember what I said about sugarcoating? 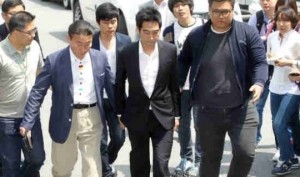 What suggests that oppa couldn’t have raped a trainee? Absolutely nothing.It’s sad to admit, but sexual assault does happen in Korean entertainment — and I’d bet my bottom dollar that more of it goes on than comes to light or than we as fans would care to admit. As the drama around Park’s case unfolds, Roo’ra member Go Young-wook faces charges of sexual assault after being accused of luring a 13-year-old into his car and molesting her (in this instance, this was also corroborated by CCTV footage). Last year, Jang Seok-woo, the CEO of Open World Entertainment, and two male idol group members under the agency were arrested for sexually assaulting trainees. Murmurings of sponsorship, of young women being forced to engage in sexual activity for the sake of career advancement, and of men in positions of power taking advantage of the precarious position of young female celebrities are not rare, nor are they unfounded. Sexual assault is a serious, serious issue in Korean entertainment. Many an oppa has committed violence in this way against women, and more will likely do the same in the future.

Whenever an idol makes a mistake in K-entertainment (ranging from the innocuous to the downright harmful), the fan chorus often rises: “Oppa/Unni didn’t mean it! Idols are people, too! They make mistakes just like everyone else!” Well, if that is the case, then we need to start acknowledging and accepting the fact that celebrities do make mistakes — and that sometimes, they are irredeemable mistakes that utterly shatter the image and career that they have built for themselves. Park Si-hoo very well could have made such a mistake, and while a lynch mob isn’t necessarily the answer, an outright denial of his potential guilt by virtue of his nice smile isn’t, either. Regardless of Park’s guilt or innocence, this case is another opportunity to open up discussion on how sexual crime affects the Korean entertainment industry and what can be done about it before the next crime emerges. Let’s admit to ourselves that the problem is real, that the crime is profoundly damaging, and that this continues to happen.

Got a strong opinion on the latest surrounding Park Si-hoo? Tell us below! 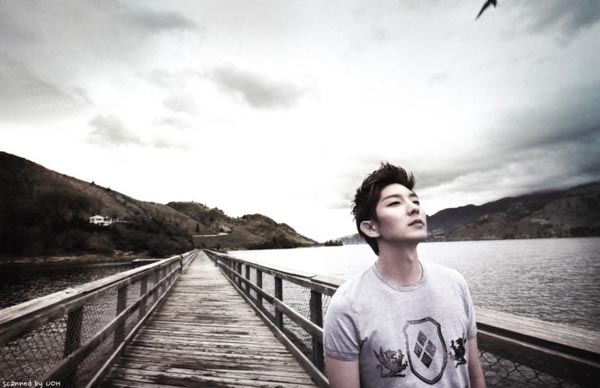 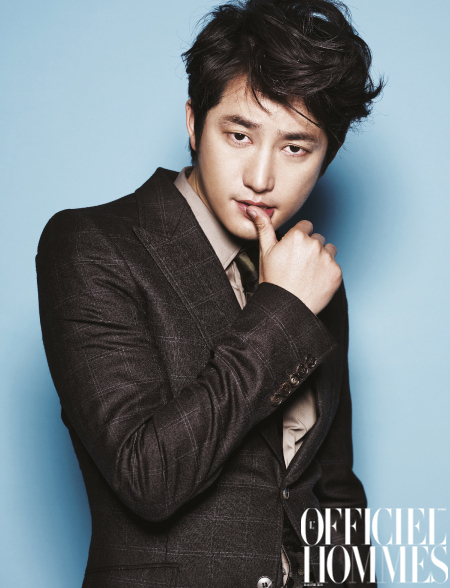