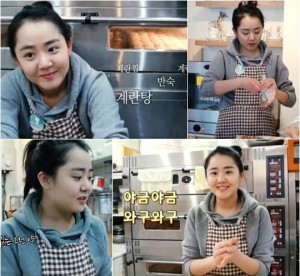 In the magical fantastical world known as K-pop, where human rights are a bonus, privacy is nonexistent, and fan-service reigns supreme, pervasive celebrity-ownership is finding new grounds; this time, with regards to food and feeding fans. And I am sure not thrilled by it.

Celebrity-ownership playing off idol-ownership is this notion that the fans own their oppas and unnies. In light of the marketing strategies and scripted verbiage that companies have consistently utilized, one can easily see how fans are deluded into thinking that they own oppa and unnie. With that said, oppa and unnie exist to please their every whim and cater to their every demand.

The latest invasion into the already nonexistent private life of celebrities comes in the form of personally cooking or baking goods and feeding lucky fans. Taken out of context, it may be difficult to understand how the simple gesture of sharing food can come to mean so much more. Korean society has an interesting relationship with food promulgated by drama’s portrayal of the personal ties and closeness of characters who share a meal seem to have. It resonates with close proximity and is a way of connecting with others.

While I am not decrying the gesture, I am unsettled by the nonverbal cues it sends to the fandoms that are already having difficulties differentiating between reality and fantasy. I am not saying every fandom is crazy, but let’s face it, some fandoms could use more clarity so they have a little less crazies. 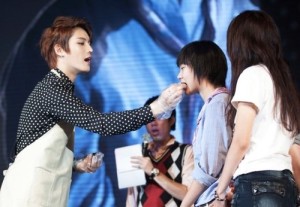 Celebrities who have joined these ranks are Park Si-Hoo, Kim Jaejoong, and the latest, Moon Geun-Young. All three are known for treating their fans very well and being appreciative of the love they have received, and that is wonderful. But just as fans can take their love and celebrity worship too far, celebrities too can take their appreciation for their fans too far.

While I understand that fans play an important key role in whether a production is successful, celebrities and crews deserve equally as much credit for toiling countless hours and burning the midnight oil in order to produce the best production. Fans cannot do the job of an idol, actor, or actress; and in light of this fact, celebrities ought to give themselves more credit for their work.

While I can appreciate celebrities who are thoughtful and prepare food for their fans, I am worried about the repercussions of this new marketing tactic. If it catches on and becomes a trend as so many tactics designed to create close-encounters between celebrities and fans intend on doing, idol-ownership will be taken into even more far-reaching heights. 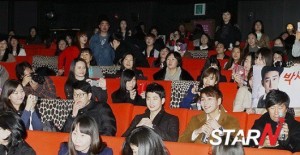 Remember the trend of watching drama finales with fans, actively incorporated by Lee Jun-ki, Park Si-Hoo, and others before them? The actors would sit in the center, surrounded by fans. Again, there is that artificially created closeness and no clear delineation between fantasy and reality. For the majority of fans, we clearly understand that a celebrity engaging in such activities is to show their appreciation. But for a select handful, they spin that appreciation out of control, viewing it as an entitlement for which they can cash in on.

Complications will further arise if management companies view it as a great PR tactic and begin to consistently incorporate it as part of their overall marketing plan, bringing delusional idiocy to even greater heights. As celebrities are often marketed as products that are essentially owned by fans, even more encroachment upon territory that is traditionally reserved for close friends and associates is inevitable. But that does not make it justifiable. In fact, with such a thorough messaging and branding of celebrities as fan-owned products, I would not be surprised, if fandoms started churning out the crazies. In summary, don’t feed the fans; it only feeds their fury.