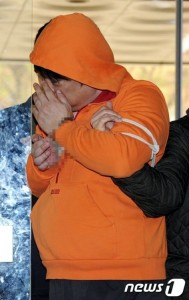 The sexual objectification of women (and increasingly men) in the South Korean entertainment industry — or really, in just about any entertainment industry — is certainly nothing new or even shocking.  K-pop fans in particular have sadly been largely desensitized to issues involving the inappropriate sexualization of the female form, and the pervasive influence of so-called “uncle fans” in driving the market for girl groups is hardly shocking and indeed even expected.

But consumers of K-pop would do well to remember that sexual misdemeanors and crime within the industry itself is a reality that has the potential to destroy not only careers, but lives — and just because we don’t see it doesn’t mean that it isn’t happening to an alarming degree.

As most of our readers have probably heard, Open World Entertainment’s CEO, Jang Seok-woo, was arrested last week on suspicion not only of sexually abusing female trainees, but of coercing male idols signed to his agency to do so as well.  On April 12, the Kangnam Police Station in Seoul released a statement saying that Jang, who had initially denied all charges levied against him, had admitted to a portion of them being true (though exactly which charges he admitted to was unspecified); three days later, another statement was released confirming the worst:

Since the end of 2010, Jang has sexually harassed six female trainees over ten times.  During this time, he also forced male idol group members from his own agency to sexually harass these trainees as well.

Police also report that they have collected testimony from several of the victims that corroborates these allegations, including testimony that Jang had used his power and influence in order to coerce sexual abuse and compliance.  The number of victims is now reported to have been at least ten young women, and police now suspect that this abuse has been taking place since 2008. 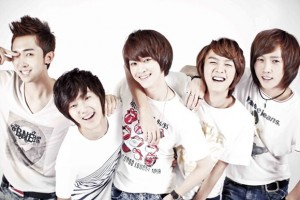 What began as a horrific story has only gotten worse, as each day seems to bring not only more evidence of gross sexual crime committed against female trainees (at least some of whom are underage), but also evidence confirming the involvement and even supposed willing participation of others. It was recently confirmed that the use of “aphrodisiac substances” was involved in the abuse, implying that Jang possibly drugged his female trainees and then ordered their abuse at the hands of male idols. As of today, two idol group members were arrested on suspicion of involvement in sexual harassment (though whether or not they were willing participants or simply ordered to do so by Jang is as of yet unconfirmed), and police have issued an arrest warrant for a male singer in his 30s who, though not signed with Open World Entertainment, has connections to the agency and is reported to have willingly taken part in the sexual abuse.  His name, along with the names of the arrested idols, have yet to be released; however, police did confirm that the idols in question are not members of male idol group The Boss, which was due to release a new album this month.  The album release has since been indefinitely postponed.

As if to add insult to injury, Open World Entertainment issued a statement of apology to the public for having caused disappointment, but noticeably absent from the apology’s text was any mention of the victims or the abuse that they have suffered.  The apology did, however, ask the press to refrain from making speculations on the involvement of any of the agency’s artists, who have suffered from the wrongful accusations the media has hurled at them.

In a case like this, it is incredibly difficult both to put together the pieces and to stop oneself from pointing fingers.  Almost certainly, we do not yet have all of the facts and cannot possibly know the scandal’s intimate details, particularly regarding the coercion of made idols to rape and abuse young women.  More information will certainly be made available as the case progresses, but in the meantime, wild guesswork and mudslinging will not in any way help the situation or alleviate the immeasurable pain the victims have undoubtedly suffered.

It is difficult to deny, however, that this scandal is possibly one of the ugliest to ever have emerged in the Korean entertainment world. Sexual abuse and coercion are despicable crimes, but to engage in such a practice over a period of what could be as long as five years is shocking and disturbing. The prolonged sexual abuse of these young women evokes memories of the late actress Jang Ja-yeon, who committed suicide at age 26 in 2009 due to depression that was likely linked to the sexual abuse she suffered at the hands of her agent. According to her suicide note, Ja-yeon’s management forced her to have sex with a significant number of higher-ups in the entertainment industry. The wildly popular Boys Over Flowers’ actress’ tragic end shed a light on the shameful underbelly of Korea’s entertainment world. While many have long suspected that illicit sexual practice takes place within many agencies, the confirmation of its veracity is a bitter pill to swallow and a call to action.

As the Open World Entertainment scandal has undoubtedly demonstrated, sexual crime is a reality of the Korean entertainment industry, and it could likely be more pervasive than we as fans would like to believe. South Korea ought to take this case and any further accusations of sexual violence against women in the entertainment world very, very seriously, and punishment should be appropriate to the nature of the crime. Women who aspire to work in entertainment in South Korea should not, under any circumstance, believe that subjecting themselves to sexual harassment or abuse is just part and parcel of climbing the ladder to fame. I sincerely hope that this case serves as a wake-up call and provides further impetus for South Korea to protect its celebrities from abuse in all forms.

Given the extraordinarily sensitive nature of this topic, we ask that you please be respectful in your comments.