Life's a Beach with Hyori

As the days get longer and the weather gets warmer, who doesn’t begin to itch for those lazy summer days? It’s the time of year where cut-off shorts and tank tops rule the fashion scene and jackets and jeans are long forgotten. In the latest issue of High Cut magazine K-pop’s “Sexy Queen” Lee Hyori shows some of this summer’s hottest looks from the brand new Korean label 8seconds. Get ready to drool — over the clothes of course! 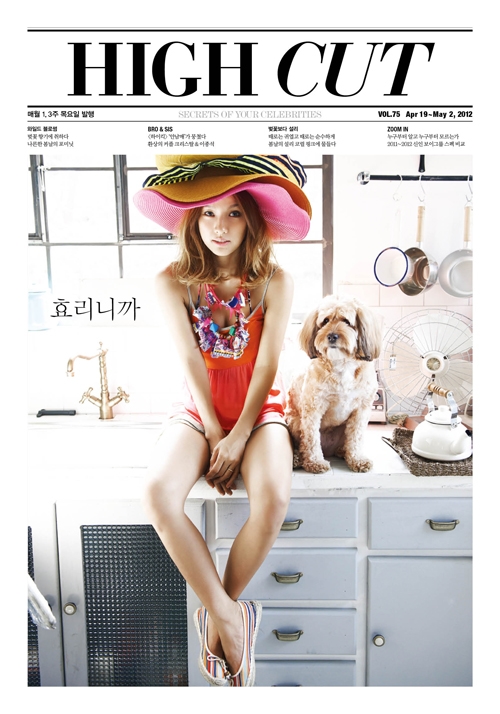 On the cover, she’s perched on a counter with her constant companion, Soonshim! The tank top she wears is in the color of the year for 2012, a vivid tangerine orange. After wearing heeled boots month after month, all winter long, simple shoes are definitely in order for the summer. Hyori’s striped espadrille flats are a perfect match for her outfit. She also sports a pile of brightly-colored wide-brimmed sun hats, perfect for keeping the wrinkle-causing rays of the sun at bay! 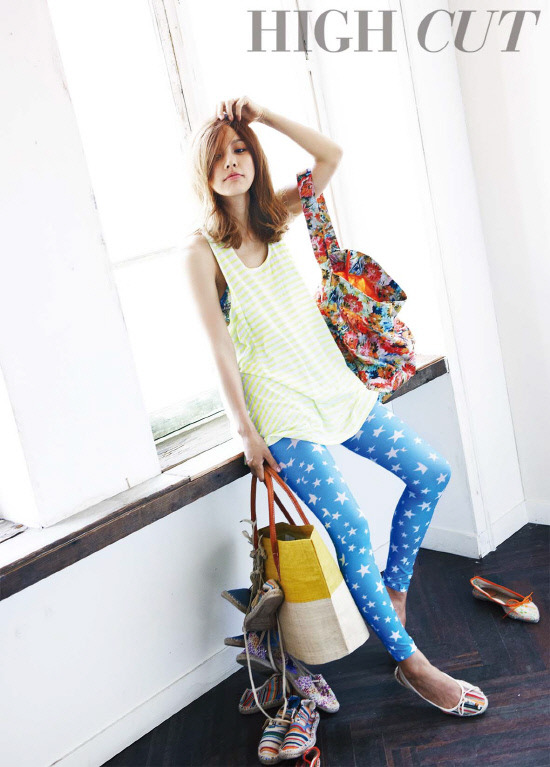 How many trends can you put together for one outfit?  By the looks of Hyori, pretty much every one you can think of! Star prints became incredibly popular after Dolce & Gabbana‘s Fall 2012 collection covered the runway in them, and it looks like they’re sticking around for another season. Hyori wears hers in the form of bright blue leggings, which she pairs with an over-sized tank. Faded neons, like her top, are popping up everywhere — even jeans — and the washed-out look helps to tone down the intensity of fluorescent hues so you can wear them more often!  Florals ruled the runway for the 2012 Spring fashion shows (think Mary Katrantzou & Christopher Kane) and raffia material was also spotted on numerous occasions (Burberry Prorsum, Proenza Schouler), so Hyori pulls double handbag duty with a vibrant floral hobo on one shoulder and a simple raffia tote in her other hand. The ensemble is rounded out by a cute pair of striped flats (plus an extra pile of them, just in case). 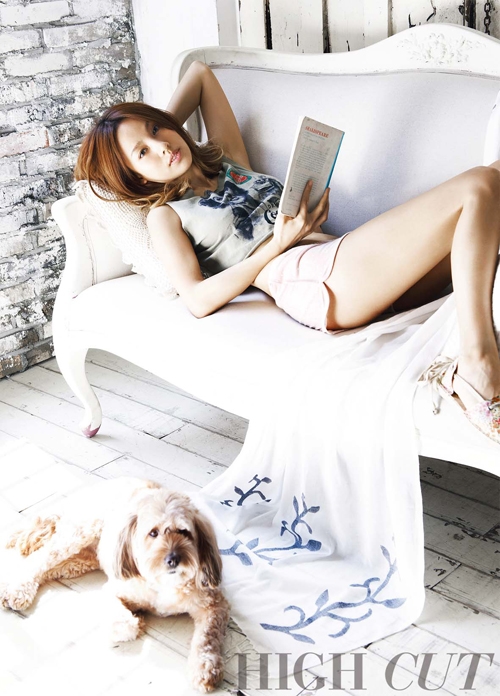 Hyori’s beloved pooch makes another appearance in the shoot, as the singer lounges on a couch with a good book. She’s got a simple pair of shorts on with a cropped Coca-Cola tee. With all of the 80’s and early 90’s inspired fashion making its way back “in,” you didn’t expect midriff-baring tops to stay away did you? She’s got on another pair of flats, as well — this time floral! 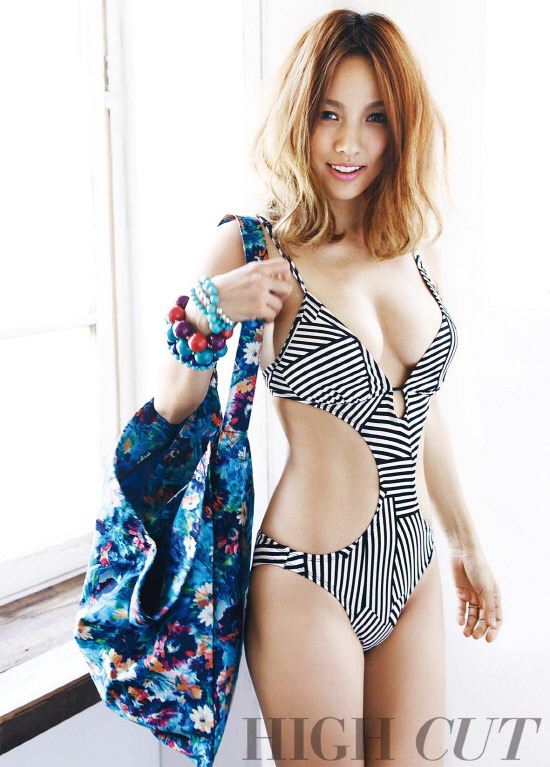 Remember when netizens claimed that K-pop’s princess had “let herself go” and become “fat”? Hyori just laughed it off and chalked it up to aging — she is over 30 after all. But now we know the real reason why she could care less about such hurtful words! She shows her beach-ready body off in a black and white one-piece that features haphazard stripes and cut-out sides. Her floral bag is full of cool blues with touches of pink and purple to go with her chunky beaded bracelets.

What did you think of Hyori’s latest shoot? What are fashion trend favorites for this season?