SHINee's "Dream Girl" MV, AKA The Best Music Video SM Has Ever Made 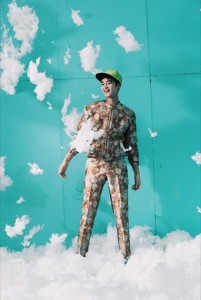 Rest assured, all: I’ll spare you the inevitable eyerolling from hearing yet another “SHINee’s Back” pun in regard to SHINee‘s recent return to the Korean music scene. In all honesty, it doesn’t feel as if SHINee’s been away for all that long; they were still making variety show appearances as a group in mid-August of last year, and they’ve been extremely active in Japan. Three new singles and an arena tour within the past year is nothing to sneeze at, so there certainly hasn’t been a shortage of new material from them.

Nevertheless, SHINee is indeed back. Their return to Korea has been met with quite a bit of fanfare; they’re currently being featured in their own variety show, and the fact that Dream Girl is a full-length album and is thus due for some heavy-duty promotions probably means that the group has a ton of variety show appearances lined up ahead of them. More than that, however, the music video for Dream Girl — arguably the centerpiece of this round of promotions — is pleasantly surprising in its cohesiveness, creativity, and in all the attention paid to detail. And make no mistake: this is still an SM-produced music video we’re talking about here. “Creativity” and “SM-produced music video” — who’da thunk it?

In all seriousness, “Dream Girl” shows some of the most mature work that both SHINee and SM’s production team has done so far. Don’t be fooled by the array of rainbow colors and obligatory cute faces in the music video. The “Dream Girl” MV is perhaps one of the first times SM has managed to successfully create an “idol MV” without compromising artistic quality — a task that is a lot trickier than one might think.

The running complaint about SM’s music videos is that they’re formulaic, and obviously so: two box-like sets, close-up shots of each member, maybe a storyline sequence…but only if you’re lucky. All of SM’s videos have been produced in an identical fashion since the beginning of time (H.O.T.’s “We Are The Future,” anyone?) with very few exceptions. Understandably, SM videos have earned a reputation of being painfully unoriginal and boring to watch. Even the most defensive fans of SM groups seem to have a difficult time defending the quality of these videos; many join along with the chorus of dissenters bemoaning the loss of another potentially enjoyable MV to yet another instance of “dancing in a box.” 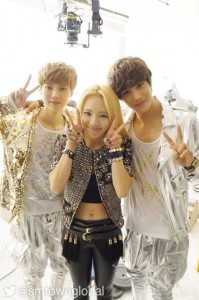 So what makes the “Dream Girl” MV so different? The formula is still the same, and SM’s stylistic fingerprints are still all over this MV. But let’s assume for a moment that there’s this mystical Music Video Rulebook hidden somewhere in Lee Soo-man‘s desk, and every music video produced under SM has to follow a very strict checklist as dictated by this rulebook:

Good luck, indeed. Just from looking at SM’s music video backlog, one can guess that it’s probably a lot harder than it looks to expand a music video beyond the essentials. Why? Well, it doesn’t seem that too many people have really tried to do so. But at the same time, it hasn’t really been necessary to expand beyond the essentials because SM does the essentials so well. The solo shots are always crisp and well-composed, the choreography is captured extremely well, and the lipsynching in the solo shots look natural and convincing. This is oftentimes a lot harder than it looks; such a formulaic and clean-cut approach to shooting means that the producers don’t have much “filler” to work with and thus have to take extra care in ensuring that every shot is flawless in its simplicity. I think these are things that we as fans oftentimes take for granted; as boring as SM might be in producing their music videos, they certainly have the basics down pat and they execute them better than most other K-pop production companies out there.

It takes a lot of work just to get the basics down, which is exactly why the “Dream Girl” music video is so impressive. Upon first look, it’s apparent that the video doesn’t have the same obvious, formulaic feel as SM’s other videos. There’s a natural flow in its movement that immerses the viewer into the video and makes it exciting to watch. The “Dream Girl” MV is a very involved and very captivating piece of cinematography — and yet, it doesn’t stray from that same essential formula exhibited in all of SM’s other music videos.

The reason why “Dream Girl” is so good is because it retains the cleanness and precision of that essential formula while filling every remaining nook and cranny of the video with unabashed artistry. You see this through the liberties taken with the solo shots — placing the members off-center of the shot, challenging spacial perception through the trampoline “dream” sequences, diversifying camera angles with the bed shots, and so on. The sets are giant optical illusions that require skilled camerawork in order to capture properly, and the color palette throughout the video is just nuts: obviously there are tons of bright colors, but they’re also contrasted by sleek greys and blues, muted maroons and greens, and even a freaking hot pink wall in some of the larger sets. 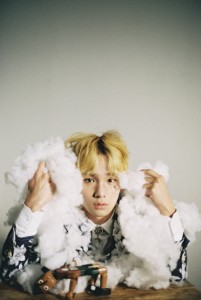 The editing of the video, though, is what really sold me. Perhaps the biggest reason why SM videos are so boring is because the cuts between shots are done arbitrarily without much heed taken to the pacing and the beat of the music. Half of the reason why this music video does such a good job of sucking the viewer in is because the cuts are perfectly timed with the music, to the point where it almost seems as if the video is making the music. (If you don’t know what I mean, watch the MV again while keeping that phrase in mind. Your universe will be thoroughly rocked.)

And the colorful static blips — though not the easiest things on the eyes — do a great job of tying the video together and keeping the viewer on his/her toes. It’s the perfect testament to the amount of painstaking detail involved in the making of this video. All in all, the “Dream Girl” MV is a visual playground that only works as well as it does because of the level of careful attention paid to detail.

This video was extremely ballsy, and there were so many places where things could have easily clashed and gone haywire. But in the end, all of it worked, and it’s no doubt due to the fact that a) believe it or not, SM’s creative staff are actually creative and know how to do their jobs, and b) the “essential formula” is still the backbone of the video.

Let’s get one thing straight: all K-pop idol music videos share one very important unique trait in that their two main objectives are 1) to make the idols look as good as possible, and 2) to make the choreography look as good as possible. When one considers the nature of idoldom, it’s easy to understand why this makes sense. SM’s music video formula is centered around these two objectives, so when a video is produced with only those two objectives in mind and nothing else, it’s easy to write it off as being a boring video whose sole purpose is just to pander to the fangirls. But at the same time, these two objectives serve an important role in keeping the video structured, focused, and clean. The main point of the solo shots is the idol’s face. The main point of the group shot is the choreography. These are two things that can constantly draw the viewer back into the video and create a sense of focus that helps keeps the viewer engaged. Of course, if your entire video only consists of those two things (as most SM videos do), you’re going to wind up with a painfully boring video. But if your video doesn’t have a single anchor point like a solo shot or a dance shot and consists solely of different storylines or wide-angle shots with lots of movement or what-have-you, then you run the risk of confusing and overwhelming the viewer.

SM has mastered the art of the idol music video, but this is the first time they’ve made significant strides in expanding beyond their strengths in an artistic manner. The result of it is perhaps SM’s strongest music video to date. 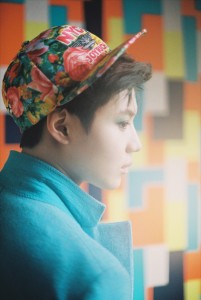 I’ll admit that I’m not a huge fan of “Dream Girl” as a song; it has a great beat but it’s super, super corny and kind of repetitive. In this regard, credit is due to the SHINee members for being able to sell a song as corny as “Dream Girl” in such a convincing manner. The members have really grown into their big-kid shoes within the last five years; one look at their “Replay” video really shows how distracting it can be to watch a video where the performers aren’t experienced enough to know how to fully blend themselves into the song and the visuals of the video. The SHINee members are completely convincing in “Dream Girl;” they are able to grasp the zanyness of the video and move with it in perfect sync. The partnership between the SHINee members and the music video (if a music video can be regarded as a separate, living entity) is seamless and perfectly synergetic.

The only complaint I have about the video is the random cuts to the shot of the members’ faces divided across five vertical panels. Conveniently, that shot usually accompanies the super-cheesy “Dream girl!” hook of the chorus. That particular shot really irritates me because it’s so out-of-line with the rest of the video and breaks up the flow. Then again, it only appears a handful of times so there’s still not that much room to complain.

All in all, I really couldn’t ask for more in a K-pop music video. I have a soft spot for “idol videos” if only because their simplicity is so difficult to pull off in a clean and convincing manner. SM has always done a great job of this, which is why I generally don’t complain about idols “dancing in a box” because dancing in a box is really just another way to show off the idols doing what they do best. Thus, a music video like “Dream Girl” that takes artistic liberties while retaining the basics is pretty much K-pop gold. In particular, it makes me really excited to see what SM might have in store for future music videos considering how far they were willing to stretch for “Dream Girl.” Of course, it’s important to note that SHINee is currently SM’s least risk-prone male group at the moment (in that SM is far less likely to take any artistic chances on DBSK or Super Junior because of their longer-lived and thus more “brittle” position in the industry), which is perhaps why SM is comfortable taking such big chances with SHINee’s material. It’s also probably why SM is so willing to invest so much energy in ironing out the details in SHINee’s material.

While it’s not to say that all of SHINee’s releases are masterful pieces of art (the “Dream Girl” album for one, is not), the fact that so much attention was spent on something as menial as a music video gives me hope. And even if the “Dream Girl” MV is a freak occurrence, and even if we go back to seeing boring, formulaic music videos next month…well, at least the “Dream Girl” MV will still be around to serve as proof that an SM video can go far, far beyond the box.