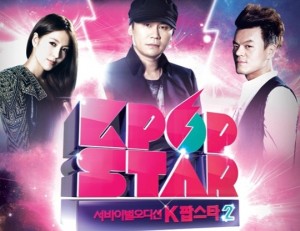 Recent years have seen a surge in talent based variety programs in the ROK. With limited export potential, what is it that makes shows like Immortal Song 2 and K-pop Star such compelling viewing for those with an interest in the idol business? Perhaps it is the genuinely competitive element – a breath of fresh air in an industry rife with bias and bought votes. Perhaps it is the talent or maybe the prospect of talent rewarded? Regardless, talent variety is changing K-pop, hopefully for the better.

Unlike their western equivalents, the active participation of the major record labels (not to mention their smaller competitors) makes these shows a legitimate pathway into the industry. Where runners up in the West are unlikely to land a record deal without some distinguishing feature (à la Adam Lambert, whose appearance at last year’s MAMAs was as inexplicable as Snoop Dog’s the year before) the ROK is clearly a more forgiving market. Not to mention more involved –  hopefuls for Superstar K4 numbered in the millions. For all its overseas ambitions, K-pop’s top priority is engaging its local audience and talent based variety shows present a perfect means of doing exactly this. The Big 3 approach these opportunities rather differently: YG and JYP are clearly interested in scouting talent from the competition while SM mostly uses these opportunities to showcase their existing talent. SM doesn’t need the extra publicity, but lesser companies do, and have been making use of it admirably.

Hyorin’s astonishing performances on Immortal Song II drew serious critical attention to Sistar, giving them the resources to improve their sound and reach a wider audience. The positive results could be seen in Sistar’s chart-topping singles “Alone” and then “Loving You.” Of course, success in a televised competition isn’t a prerequisite for public recognition; Ailee’s popularity was merely cemented by her appearances on IS2 and she would have taken out Best New Female Solo at the MAMAs regardless. The same cannot be said for Sistar who, while one of the better performing debuts of recent years, were being consistently let down by their material. Sistar’s Best Female Group award was well deserved but made possible by Hyorin’s appearances on Immortal Song II.

Talent shows can also give a group’s nugus time to shine. Hyoyeon’s stint on Dancing with the Stars 2 was a blazing success not just because she placed second but because she derived such obvious joy from the experience. Indeed part of the reason these shows are so enjoyable is because they so often feature talented people doing what they love. And while SNSD isn’t suffering from a lack of public interest, it never hurts to remind everyone that they boast some serious talent. With Taeyeon and Tiffany regularly taking the stand to represent their vocal ability and other members making sporadic appearances on traditional variety shows, SNSD’s dancing has been sorely overlooked outside of traditional promotions. Hyoyeon has always been the odd one out in SNSD’s picture perfect line up but her appearance on Dancing with the Stars 2 along with her “Maxstep” promotions has helped to redress this imbalance while reaffirming her role within the group. The same thinking sent f(x)’s Luna and Super Junior’s Ryeowook to IS2. 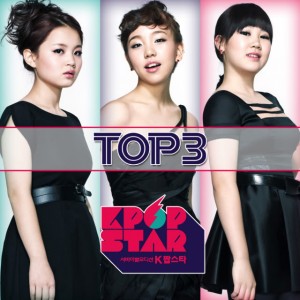 Overlooking the warm and fuzzy feelings brought on by the sight of SNSD’s maknaes cheering on their unnie, these talent shows are usually a solo affair as it’s the job of the weekly music shows to showcase group talent (which is why the addition of B1A4 to IS2 still strikes me as nonsensical). With the exception of ready-made groups like Busker Busker, most of the successful entrants are solo singers, a thing K-pop is not overly fond of at present. In any case, flooding the market with young soloists would undermine their impact, hence YG’s choice to sign and (eventually) debut K-pop Star’s SuPearls as a unit despite the loss of Park Ji-min to JYP. JYP made a similar decision when he debuted the ‘Kpop Star’ in a duo alongside Baek Yerin leaving runner up Baek Ah Yeon to debut as a solo act.

The competitors who succeed in shows like Superstar K and K-pop Star do so, at least in part, because of the support they receive from the viewers. To make the agency’s investment in these potential idols worthwhile, they need to capitalise on this popularity and fast. All three of K-pop Star’s ‘Top 3′ debuted within months of the show’s finale and enjoyed considerable success as a result. This calls into serious question the value of all those years of excruciating uncertainty idols cast through regular channels complain of.

The popular element has its downsides too. Lee Michelle’s elimination in the semi-final of K-pop Star was attributed largely to her mixed-race background; an unpleasant reminder of exactly how far the ROK has to come in terms of race equality. As disappointing as this episode in K-pop Star’s history was, is it not infinitely preferable that this kind of discrimination take place in a public arena – rather than the shady backrooms of K-pop’s power brokers – where it can be rightly condemned? Her talent nonetheless endeared her to the people of YG who welcomed her into the fold shortly thereafter. 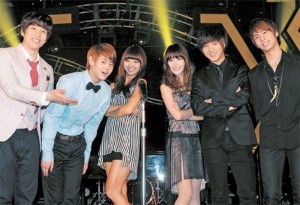 Happy endings aside, YG has some networking issues, literally. Rumours abound about possible KBS and MBC boycotts while SBS has come under fire for its apparent bias. It’s certainly true that of these networks, SBS is the only one that regularly features the otherwise camera shy YG Family (as seen in their delightful Strong Heart special). So it’s not surprising that YG involved itself so heavily in SBS’ K-pop Star. It’s a pity however that the YG Family haven’t had more opportunities to participate in these talent shows given the emphasis they place on artistry.

That said, talent based programs in K-variety do have the potential to replace or at least equal the importance dramas and variety shows have for idol groups. They do away with K-pop’s reliance on visual members who contribute nothing to group in terms of either music or performance and give more talented members the chance to demonstrate their skills without committing to a solo project. As a pathway into the industry the benefits are obvious – agencies risk little in signing acts already popular with the public at large and the returns are self-evident: Lee Hi’s debut single is still charting in Gaon’s Top 50 two months after its release. For established acts, these performances can act as a timely reminder that there’s often more to an idol than meets the eye. And with so many groups struggling to remain relevant in an increasingly over-saturated market, this can only be a good thing.