Cross Gene's J.G. Is Crossed Out 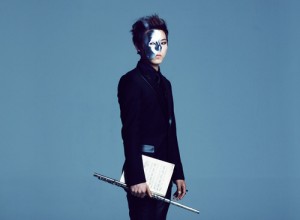 In a surprise announcement on Wednesday, rookie group Cross Gene revealed a change in lineup as their lead vocalist J.G. departed from the group to pursue a career as a soloist.

For those of you who don’t know, Cross Gene is a multinational boyband under Amuse Korea Entertainment whose concept is that they have members from China, Japan, and Korea that all represent different desirable “genes”. They’ve already debuted in both Korea and Japan in the hopes of being marketed as a truly international band versus just belonging to K-pop, and are currently preparing for their Korean comeback.

They originally had three Korean members (Shin, Sangmin, and Yongseok), two Chinese members (Casper and J.G.), and one Japanese member (Takuya), but now with J.G.’s absence and the recruitment of Korean member Seyoung, the group holds 4 Koreans and only one Chinese member and one Japanese member. Now I actually like Cross Gene, and J.G. happens to be my favorite member, so how do you think I reacted to the news of him leaving?

Honestly, I am ecstatic.

The thing about J.G. is that he has a voice that is almost too good for K-pop. If you don’t know what I’m talking about, check out this pre-debut clip of him singing karaoke:

Does that sound like a voice that should be drowned in auto-tuned dance pop? Not really. Granted, he still sounds great in Cross Gene songs, but as the top comment on the predebut video says, simple repetitive stuff like “La-Da-Da-Di” just does not do him justice when it comes to showing the full range of his talent. In addition, being in a boy band inevitably means competing with other members for lines and screen time that may or may not be fairly divided, and possibly being overshadowed by fellow bandmates, especially ones that have already gained attention outside of the band (such as Shin acting in the drama Big). And someone with a voice like that deserves the chance to shine on his own rather than being shoved in the back during choreography even when he’s singing his solo lines.

But there is some worry about what Cross Gene is going to do now in order to really distinguish themselves as a rookie group. Their concept’s appeal is iffy (look up what each “gene” means and try not to laugh), their music is honestly very similar to North American club music, and now that J.G.’s gone they don’t have anything that really makes them stand out vocally/talent-wise. They might be able to get a little attention thanks to Shin’s role in Big, but they can only ride on those coattails for so long, especially since Shin himself is not really a singer by any means. And it might to be harder for them to market themselves as a multinational boy band when 4 out of 6 members are now Korean (through granted, their leader is Japanese, so that might help).

However, I think J.G.’s absence won’t set Cross Gene too far back. Since Cross Gene are very new and unknown, his departure doesn’t cause as much as upheaval as it would’ve in a band that was more established, and the rest of the members have plenty of time to adjust to their new setting as they navigate their way up the K-pop ladder. The fact that they already have his replacement puts them one step ahead than other bands who were put in a sort of limbo after members left (for example, F.Cuz). Considering that Cross Gene didn’t fully utilize J.G.’s talents in the first place, J.G.’s pursuit of a solo career was probably the best decision all around, and I am looking forward to seeing the product of future J.G. releases as well as future Cross Gene comebacks.

And on that note, here’s a special interview in which Cross Gene introduces their new member Seyoung:

What do you think? Are you looking forward to J.G.’s solo debut or do you think he should’ve stayed?