An exhibition centering around one K-pop Company? Easy for many to overlook but we can can trust one “Star Museum” to pioneer it. That’s right, SM Entertainment. In the vein of injecting fresh perspective into the K-pop web, some ideas have been begging to be introduced and/or revived. At this point, they’ve been written off in some ways as flights of fancy, or as irrational fan desires, but a personal take on this is that there is enough commercial and entertainment value for some ideas to take off.

So, to preface this, if any media company or television show comes up with a new concept or program segment eerily following the points below, you know where you saw it first:

Admittedly, one of the things that idol life is terrible at sustaining is a semblance of work-life balance. How often have we heard stories of idols being separated for long periods from their parents, and even in reuniting with them, usually find these occasions fraught with time constraints?

While television shows (such as MBC’s Bouquet) have tried bringing parents onto shows, more often than not, they were features 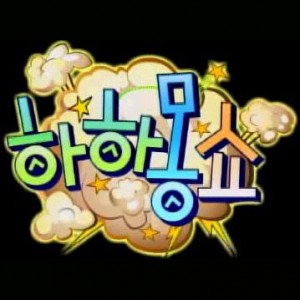 to induce heart-wrenching idol tears and parental dedications for empathy television ratings. Even SBS’s short-lived HaHaMong Show, which featured an innovative segment where the hosts played parents to guesting idols. The hosts would then bring on their real parents emerged. This was a distinctly variety-angled programme, rather than strict parent-child conversation.

Coming off the aforementioned, it would then be interesting to see what happens when parents get to visit their performing offspring either on or off stage. Think of the encouragement that any parent could/would offer before a performance, or of how they could sympathise with the working environments their children perform in. Their presence alone could effectuate a vastly different environment, something that the average person probably sees as hassled and overworking.

Of course, the inner TV producer would rub his hands in glee at all those viewership-spiking moments of emotions and honesty, while most fans would relish dissecting all interactions. Who says this can’t be a win-win situation?

2) Tell-all books that honestly make fun of themselves

For all the successes that have come out of K-pop, surely an autobiography would be worth doing, right? Reading material documenting the paths to stardom could only add perspective, no? The only iffy thing that comes to mind is: how exactly does one approach the topic? Certainly, an effort like that should not be a candy-coated record of events, or a compilation of thinly-veiled puff pieces with pretty pictures. It should also avoid carrying an “honest and hard-hitting” tone (which could turn 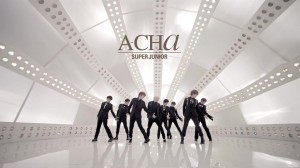 -off fans), and work against the original idea behind the project by adding to endless speculation on the nature of the content.

The answer is to have a balance of the two. And as for the group that most deserves such an autobiography, it’s got to be Super Junior. Be it love or hate, everyone seems to have an opinion on them, which is probably equal to a successful book deal. Also, for all their successes and worldwide popularity, they have also been known for being at times, not exactly the first word in political correctness or tact.

So, for a group like this, an autobiography that can capitalise on their humour and honesty, could be a jackpot move for SM. Two possible outcomes to this would be: 1) fans laughing with Super Junior, and admitting that their idols aren’t always right or the way they seem; 2) non-fans laughing at them (in a good-natured way, of course) and being treated to something new and unexpected. With such a balanced venture, what’s not to like, really?

Recently, there has been a lot of talk about trying to make money out of the medium of the music video. Charging viewers would definitely be out of the question, so it seems like the only way to the bank would be through advertising. While SM Entertainment is certainly invested in embedded promotions of its own branch-out businesses — which has been present in every single one of its recent MVs — this below is a far more “elegant” solution. 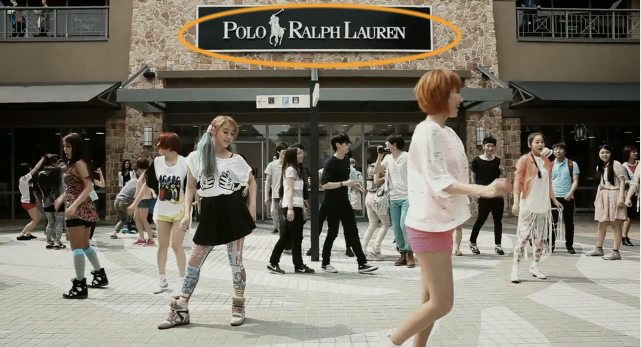 This was unintended but I found myself noticing the store signage in “Like This” (above), as much as the Wonder Girls’ dancing. This gave rise to a very interesting idea. What if, in the name of guerrilla street performances, every video was made in a public setting, with brand names legitimately inserted into every music video?

If done in this manner, performances of the future could have acts performing outside fashion boutiques and car dealerships, in an attempt to plug those brands. And to cite a possible instance, if done correctly, the advertising revenue could mean the removal of annoying and obtrusive pop-up ads put in place by SM Entertainment.

On the flipside, such subliminal advertising, if found out, could very soon become as uncool as any video blatantly filmed in the alternate universe called “The Box”, as our collective eyes roll at the clichéd scenes of said act doing the same dance outside that Hyundai dealership for the fifth time. At the end of the day, it all boils down to the subtlety of the execution, to prevent it from being the “it seemed like a good idea at that time”.

And there you have some good/bad ideas that could give K-pop added life! What are yours?