SB Spotlight: Filling in the Blanks on Song Ji-hyo 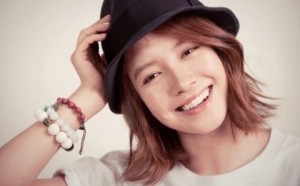 The beloved Song Ji-hyo is probably best known among international fans for her role in the top-notch cast for the highly popular variety show Running Man. Despite being the only female competitor in the highly rigorous and challenging variety show, Ji-hyo never lags behind her male counterparts. On the contrary, she is among the show’s greatest players, nicknamed the Ace for her cunning and resourcefulness that has allowed her to win multiple challenges, outsmart her peers, and save her team-mates from loss, time and time again. Ji-hyo is also known as Mong (Blank) Ji-hyo for her occasional habit of spacing out, and she is also one half of the former Monday Couple, a highly loved loveline between Ji-hyo and fellow Running Man Gary that was unfortunately abolished following Ji-hyo’s announcement of her relationship with her CEO.

Over her active participation in Running Man, Ji-hyo has accumulated quite a good number of admirers, not to mention this writer. So with Ji-hyo’s latest movie Jackal is Coming with JYJ‘s Jaejoong fresh from release, let’s take a look back on the lovely Song Ji-hyo and how she got to where she is today.

While probably best known for her Running Man antics, Song Ji-hyo is an actress, and a pretty studious and serious one at that. Before joining the cast of Running Man, the image Song Ji-hyo originally had was very cold and distant, a clear result of the more intense roles she was placed in. Despite being known for her tomboyish, zany personality today, the majority of the roles Ji-hyo took were largely serious and intense, with her recent comedy Jackal is Coming being the only true exception. 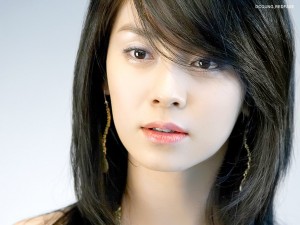 These roles have mostly been anguished and dark, most of her characters usually have tragic backgrounds or encounter tragic outcomes. Ji-hyo, before and after Running Man, played these characters quite well, embodying the intensity and misery of these characters accurately. Moreover, considering her laid back personality and great comedic timing, Ji-hyo proves to be quite the versatile actress as well, being able to tackle both comedy and tragedy with ease. This is probably best seen through her role in Crime Squad, which had a slight focus on comedy despite its dark premise, allowing Ji-hyo to fully showcase her skill and dexterity as an actress.

Before eventually joining the cast of Running Man and getting to where she is today, bits and pieces of Ji-hyo’s quirky and humorous personality were revealed to the public through other shows. From 2007 to 2008, Ji-hyo served as an MC for weekly music show Inkigayo along with Super Junior‘s Heechul, charming viewers with her likeability. Her wit, competitiveness, and humor were further showcased on her Family Outing appearance where she outsmarted her soon-to-be cast-mate Yoo Jae-suk, defeated the reigning queen of the family Lee Hyori in a game, and showed her amusing adorableness. 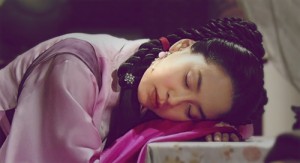 But it wasn’t until Running Man that Ji-hyo’s lovable personality was really put into the spotlight. Originally invited as a guest for the second through fifth episodes, Ji-hyo was eventually upgraded as a permanent cast member after stellar reviews of her performance. From this point on, Ji-hyo’s image would change gradually but dramatically, transforming from the slightly cold actress to the lovable Ace that she’s known as today.

There are many reasons why Ji-hyo is highly beloved, and these reasons are largely clear for anyone who’s stuck by Running Man. For one, she is very strong and resourceful, matching and even overcoming her male opponents on the show. Ji-hyo is called Ace for a reason, after all. Ji-hyo is one of the only ones to be able to defeat the mighty force that is Commander Kim Jong-kook, and that in itself deserves praise. Likewise, Ji-hyo isn’t afraid to get dirty and play along with the boys. She’s highly competitive and cunning, not being afraid to challenge any one of her cast members in any task. She goes along with much of their jokes even if it portrays her in a less glamorous light, and her interaction with the other Running Men is absolutely golden. The men of the show treat her like family and are very affectionate and teasing with each other, bringing lots of laughs on the show. Sometimes, I wish another strong female would join Running Man again, but as long as Ji-hyo’s still up and running, I’d know the show would have more than enough female representation.

Furthermore, Ji-hyo is very ambitious and takes her job very seriously, be it a game or her acting. This trait unfortunately didn’t necessarily work for her benefit when she was hospitalized multiple times due to exhaustion last year. She attempted to film Gye Baek and Running Man at the same time and ended up overwhelming and tiring herself, to the point where she had to be taken to the hospital to recover. Filming both a drama and variety show — let alone such a tiring variety like Running Man — is clearly a lot of hard work, and while I really wish she take a break sometime, Ji-hyo’s ambition and dedication is really admirable. 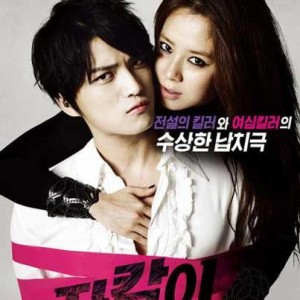 And lastly, the final reason why Ji-hyo is highly beloved is because of her genuineness. Unlike many females in the industry, Ji-hyo is more than willing to show a more messy image of herself to the public, her bare face making many appearances over the course of the show. Her intentions are always clear (unless she’s playing a game as a spy of course), and her down to earth and grounded personality attract many admirers.

Tying this together, the previously mentioned Jackal is Coming, being Ji-hyo’s most recent project, has me very excited for her involvement, since her quirkiness and likability shown in her variety appearances can finally be presented through her acting. The premise of Ji-hyo playing a “lady-killer” ambushing a famous Hallyu star (played by Jaejoong) is a very intriguing one. The couple of Jaejoong and Ji-hyo seemed odd to me at first, but I warmed up to them, knowing both could play their roles well. Moreover, the two already have experience working together, as Song Ji-hyo was the main actress of JYJ’s beautiful and touching “In Heaven.” The movie is sure to bring some hilarious situations and enjoyable humor, and knowing Song Ji-hyo, I have little doubts over her performance.

Readers, what are your thoughts on the lovable Song Ji-hyo?