Seeing Big Bang Live is Worth the Money

Big Bang brought their “Alive” concert tour to the U.S. earlier this month, marking their first solo tour here. Following their November 3rd and 4th concerts in Los Angeles, Big Bang came to the East Coast and performed at the Prudential Center in New Jersey on the 8th and 9th of November. Amy and I were lucky enough to attend one of the shows, and we got together afterwards to discuss the concert, Big Bang and their possible future in the U.S. 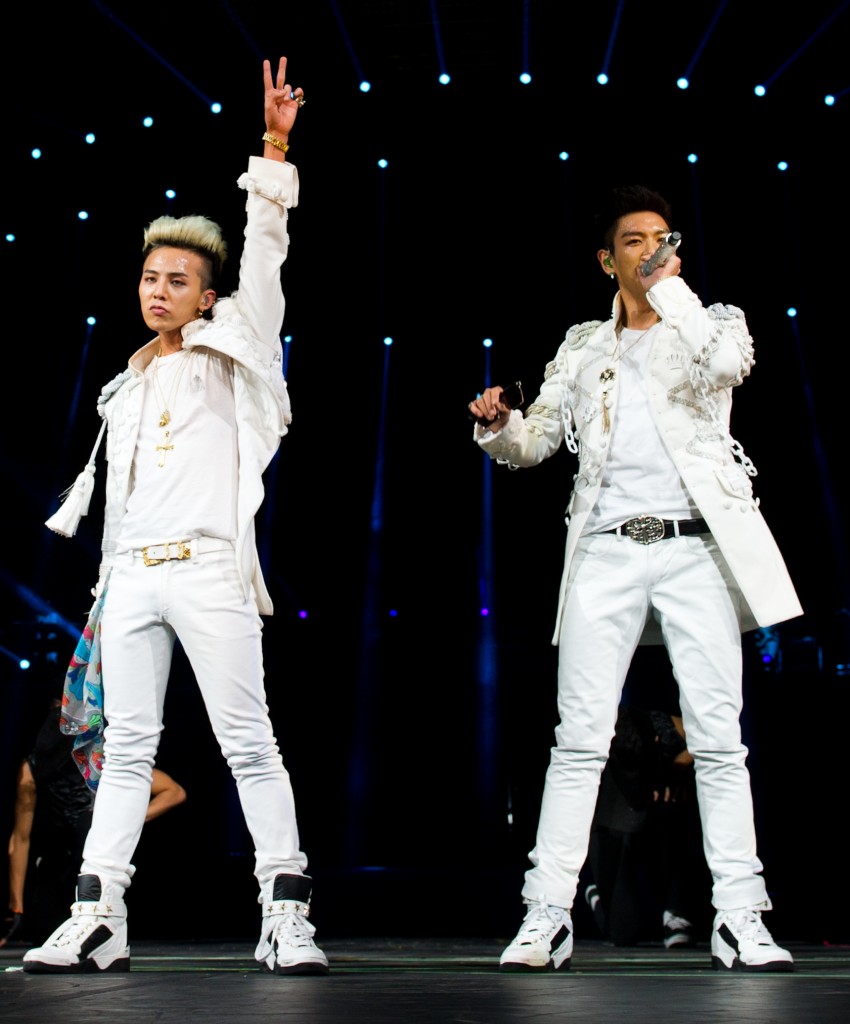 Young-Ji: Going into the concert, I knew that the production value of the Big Bang concert would be high. If YG put in that much effort for 2NE1, I knew that their darling boys would get more dollars backing them up for their first concert in the states. And they didn’t prove me wrong and I very much enjoyed the concert.

What I liked most about the concert was seeing GD and T.O.P in action. Our readers who followed our twitter feed could probably tell that I wavered between the two as they rapped on stage, but overall, I came out of the concert having a greater appreciation for GD. He put 120% into everything he did and I enjoyed his stages because it was apparent that he genuinely enjoyed them as well. I just wished that he performed “A Boy,” my favorite song from his first album.

It was very pleasing to the eye to see T.O.P in action — wavering between charismatic rapper to spacey dancer, but that’s why we all love him. T.O.P and GD stages were, as expected, good to see — the dynamics of these two are one of a kind. 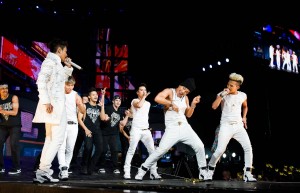 And while Seungri wasn’t as powerful or convincing on stage, he was one funny kid who also put a lot of effort into memorizing English sentences to connect with his audience. It was endearing to witness.

Taeyang did his own thing throughout the concert — he danced way more than the other members and basically had a concert of his own in his mind. After two hours of observation, I don’t think I’d want to hang out with Taeyang — not that I’d ever have a chance to — but he seems a bit disengaged and disconnected from his environment.

And last but not least, Daesung. He didn’t get as much solo time as the other members and failed to leave an impression on me. He seemed a bit shy with his delivery of English comments and he didn’t have the opportunity to shine or differentiate himself like the other members. And maybe it’s good to have one stable, reliable, somewhat forgettable member in the mix, but I wanted to see slightly more of him.

Overall, the crowd was very pleased with Big Bang’s performance and they did not shy away from interacting with them. 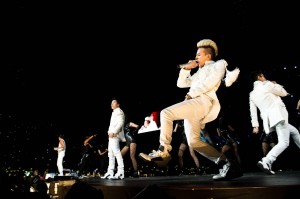 Amy: So, this was definitely one of the concerts I most anticipated just because Big Bang is a group I’ve listened to for years. I’ve seen their evolution through the cycles of their promotions and I’d never gotten a chance to watch them live, and like you said, they proved that they are a step above the rest.

I have to say, though, I was particularly enamored with GD after the concert. G-Dragon is an idol I have a huge love/hate relationship with but he kicked my butt firmly back into the love camp after the concert. He’s just so charismatic on stage it kills me.

How hilarious was Seungri? I don’t think either one of us expected that.

Young-ji: Agreed! Seungri is known for his stories and being the talker in variety shows but I didn’t expect that to translate in English, but apparently it did! Even though we sometimes cringed at some of his comments, he still gets an A for effort in my book.

Similar to you, I now have a new appreciation for GD. It’s very apparent that he loves the music he produces and I hope that he continues to do what he does in the long run. 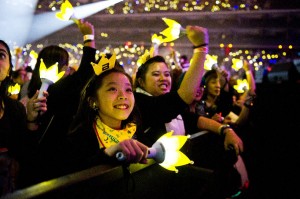 Let’s move away from our new fangirly feelings for a bit and discuss what we want to see from Big Bang down the road. Obviously another concert on the east coast, but what do you think is a logical next step for Big Bang to dominate the states? An English album? Another tour?

Amy: You know, that’s a good question. I think the audience at Prudential proved that Big Bang can definitely hold their own, and more. I’d like to see them give a couple of concerts outside of the usual East/West coast cities that K-pop usually visits. I know there’s always a concern of filling stadiums in America that are costly, but I actually think BB can attempt it outside of LA/NJ/NY. They don’t have to be at huge venues like Prudential or Honda Center, but maybe something smaller and slightly more intimate; I think there is a demand.

I also mentioned at the concert that I would kill to see a GD solo tour. I also think he has the chops to hold one by himself, given how intensely powerful he is as a performer. He might have to go the East coast/West coast route for a solo concert, but I also think he has enough pizazz to draw both loyal fans and new fans. 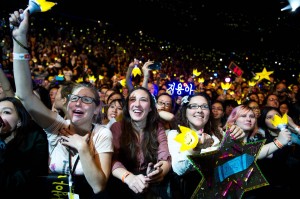 Young-Ji: Ditto on the GD solo tour! Would love to see that.

In terms of next steps for Big Bang, I think they should consider releasing a single in the states and dedicating a good chunk of time promoting that single in the states if they want to make it here. Yes, Big Bang is established in Asia and they already have a fan base here, but if they do want to become the next big sensation a la Psy, they should consider investing some time and effort in not only promoting but also learning about the dynamics of the industry as well as the sound that dominates here. I don’t want to see another company attempting to take over the US market with short-cuts. I want to see well produced music with smart promotional strategies to back it.

Also if/when Big Bang does come over, I really hope that they don’t cling onto the “K-pop” genre and pigeon-hole themselves because the way I see it, Big Bang is one of the few artists who can transcend that definition and have a fair chance at making it — well, if Seungri and Daesung both brush up on their English. Thinking about this again, I think GD as a solo artist can maybe do this as well. Or maybe this is my GD love talking?

What do you think about how they should approach labeling/positioning themselves if/when they do cross-over officially? 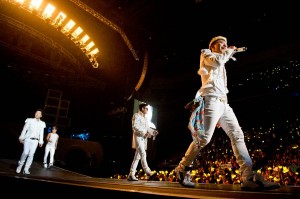 Amy: An English single would be a good idea, and I think YG should use that as a first step into establishing GD as a more credible producer. Even if Big Bang doesn’t do English-language material, GD can start working on production for American artists. Start small, and then build up his portfolio. I do think GD has a lot of potential as a producer, and let’s face it, idoldom has a short lifespan, even if we’re talking about Big Bang.

Agreed on them rebranding themselves as something outside of K-pop. As much as they are very much K-pop, they’re also the kind of K-pop that Western media outlets want to see as representatives of K-pop, so it’s probably best for them that they situation themselves outside of that genre.

We know that our review of the concert was slightly delayed but we now have a new appreciation for the boys and am actually looking forward to their overseas promotions, whenever they decide to embark on that journey.  What are your thoughts?