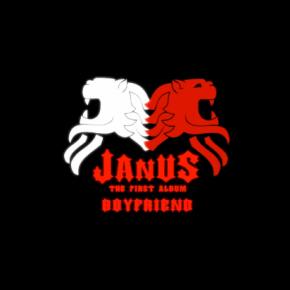 In Greek mythology, Janus is the god of beginnings and transitions, but for boy group Boyfriend, it is the title of their new album and promotional track. This six-member idol group has returned with “Janus,” following up on their previous track, “Love Style,” which was released in June. Just like in “Love Style,” they are collaborating with Sweetune again, but I was actually a little tentative about it this time around. “Love Style” was the weakest Sweetune song I have listened to date so I didn’t have very much hope for “Janus.”

But this song is set to be a change for Boyfriend in terms of concept, to go along with the Janus theme, and they will be coming out with a mature image with “Janus.” Boyfriend has been so rutted in the cutesy boy concept, which hasn’t seemed to be of benefit to them as it has for their contemporary group, B1A4, so we’ll see if “Janus” and moving their conception to a more mature one will help them in terms of popularity and mainstream awareness.

The MV starts off with a shot of a wall of what seems like artist’s renditions of British monarchs, which seems to coincide with their royal army outfits the boys are sporting in the MV and their teaser photos, and leads into a shot of the boys dancing in a ballroom. The shots alternate between a bright ballroom to a more sinister-looking one, which gives the implicaton that this MV is all about contrast. Indeed it is so with the Jo twins playing the roles of both light and dark sides of the MV, and perhaps a relationship? One twin seems to be going through the happier moments of a relationship, while the other is going through the sadder moments, full of dark and despair.

As the MV progresses, both sides of the relationships move toward the middle ground of the end of a relationship, but the light side seems to have a more passive reaction to the relationship’s end, while the dark side is a lot more violent and painful. It’s interesting to see the support the light side gets while the darker side is full of rejection and abandonment. It’s a tired theme of good/evil and dark/light, but the MV is beautifully shot and transtions well between both the light and dark sides of the MV.

The only weak spot in this MV is the Jo Twins and their acting. They were absolutely rigid throughout this MV and their facial expressions seem very, very off. The acting of the other members was a lot better in comparision, although they only had a few scenes altogether.

Other than the lighting and the set itself, the highlight of this MV was definitely the choreography, which looked to continue the theme of contrast through the use of the hooded back-up 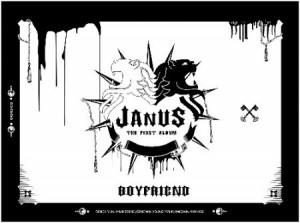 dancers, who mirrored the boys with their reflective movements and they seemed to act as conflicting shadows during the choreography.

Although I think the choreography needed a lot more power and was a lot slower in comparison to the song which had a lot of powerful-sounding strings and horns. Speaking of the song, it was a lot slower than most of Sweetune’s compositions this year and I have a lot of mixed feelings over it. It is a song with a nice-sounding orchestral backtrack and the vocals are fine, but it feels like it’s missing something more. There isn’t that hook that would make the song feel a bit more edgier and it fell flat in places. It’s a decent-sounding song but it’s not memorable at all.

Overall, the MV was nice to look at but was very generic, especially with the tired theme of good versus evil and dark versus light. The choreography was something to watch but the backup dancers really seem to steal the show. The acting of the Jo twins was very off-putting because of the utter lack of expression, which futher weakened the MV, but the boys did do their darnedest to bring some change to their image.