A Shot of “Caffeine” for the Beast Loyalists 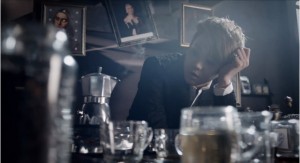 If there was anybody in Beast who, vocals-wise, called out for a solo, it would have to be Yoseob. While Beast’s almost consistently good vocals and ear-friendly sounds have made them one of K-pop’s best live performers, as well as one of the easiest groups to like where music is concerned, it has also made it harder for quality singers to stand out.

Also, Cube Entertainment has had a good history with solo projects. There was “TroubleMaker”, which gave (resident wallflower) Hyunseung his moment in the spotlight and made him cool for a while. And let’s not forget Hyuna. As oversexed as she has become, it’s hard to deny her commercial appeal, and how most K-pop lovers have come to recognise her.

With that, it’s worth seeing how Yoseob’s fared with his release, “Caffeine”.

The song bears most hallmarks of a Beast composition. Smooth vocals, pleasant and catchy chord progressions, and a decent rap by Cube’s resident rapper, Junhyung. While the song’s been enjoyable, there’s just one iffy point to highlight: can someone please tell the boys that caffeine is a substance and not a countable noun? For the love of English speakers worldwide, it is “like caffeine”, not “like a 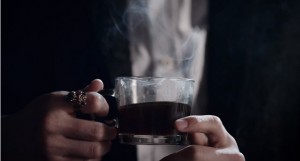 Another thing is how the boys manage to ever so slightly garble the pronunciation of the word “caffeine”, such that it sounds like “coffee”. Either get the words right, or just lay off the tricky words/metaphors in any song.

In any case, “caffeine” is probably as apt as metaphors get for love. Caffeine does produce a slight buzz when taken, not exactly harmful when consumed in moderation, and it does bring with it a stronger effect on those taking it occasionally or for the first time. Oh, and did I mention that withdrawal symptoms are annoying, as an understatement? Just ask any coffee addict fumbling around the house in the morning for a Nescafe fix.

The music video also sticks closely to the “Beast sad love story” music video formula. There are those scenes set in the wooden-floored attic, dances happening in another room, the main characters doing an action that links to the song title (Writing in “Fiction”, Drinking coffee in “Caffeine”) and flashbacks with a pretty girl. Towards the end, the metaphors come thick and fast 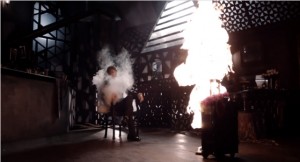 (getting rid of emotional baggage, getting my heart back).

Still, there were a few things I liked about the music video. One of them was the nifty camera effects that helped Yoseob do a suspended moonwalk, as well as sit in a chair in mid-air. Pretty pointless effects, but fun to watch, and not hopelessly overdone as SM Entertainment’s. I’ve also liked Junhyung’s short cameo in the music video as “the other guy”, the one whom the girl rejects Yoseob for.

While there will be those who try to draw parallels between this music video and G-Dragon’s “That XX”, for how they both show the third party, it is worth noting they are very different in intent. In G-Dragon’s case, the story is largely told by an outsider looking in, while for Yoseob’s case, the story is from the perspective of an ex-boyfriend. Also, in “Caffeine”, there are no attempts to vilify Junhyung, as shown by the girl willingly being with him, as well as insinuations that Yoseob might have been the cause of the break-up.

Despite having a fight scene reminiscent of a sibling squabble rather than a lovers’ tiff, accompanied with an emotionally stale leading lady, the overall acting has been able to relay the story reasonably well. 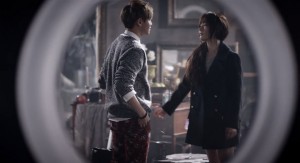 On the whole, Cube does appear to have another success on its hands, with a smoothly crafted song and a music video that is rather straight-forward. If there was one thing to criticise though, it was how they could have pushed the boundaries so much more with a vocalist as good as Yoseob. For all the song’s polish, it was rather hard to escape the thought that the single could have just as easily been Beast material, and that the only major impression that came out from the video was that Yoseob is indeed the competent soloist.

I am certain that beyond the smooth and consistent vocals, there is certainly a bolder, more musically daring personality waiting to be unleashed. Maybe a no-holds-barred Jo Kwon style solo, or a fan fantasy (“TroubleMaker”).

For being enjoyable and generally competent, but a bit too safe, Caffeine gets a 4.0/5 from me. However, Beast loyalists/fans could add another 0.5 to that score, as it’s probably what they’re expecting, and they’d be quite pleased with this offering.