After being busy throughout 2012 with (the admittedly mediocre) drama Fashion King and film R2B: Return to Base, actress Shin Se-kyung has released an MV, “Sweet Christmas,” to tie in with the festive season. A classic, festive Christmas carol, “Sweet Christmas” is a collaboration between Shin Se-kyung and renowned composer/artist Epitone Project. Singing has been an aspiration made public by the actress, and “Sweet Christmas” is actually her second musical endeavor; her first being “You Were Sweet,” featuring an instrumental from the indie group Sweden Laundromat.

While Se-kyung’s new single is available to the public, she isn’t actively promoting it, making the effort seem more like a pastime endeavor, or even a gift to fans, rather than an official attempt to break into Korea’s music scene. 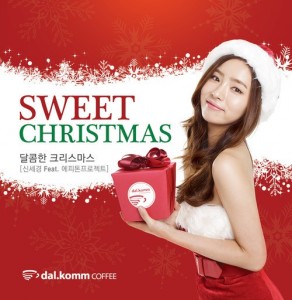 And to be perfectly honest, Se-kyung, as lovely as she is, does not possess the best musicality to truly compete in the market. Evidently, her voice is frail and blatantly untrained, but this is completely understandable since Se-kyung’s talent was most likely never cultivated in the singing arena.

Nevertheless, both of her previous songs have been largely pleasant. While her voice is frail, the accompanying instrumental (interestingly composed by skillful indie artists) is such a treat to hear. Going even further, the tune actually complements Se-kyung’s weaker voice. “Sweet Christmas” especially, is a calming, soothing track perfect for the holidays. Se-kyung is accompanied by Epitone Project in vocals, and their voices manage to blend splendidly, their harmonization actually working out despite Se-kyung’s lack of training.

Actors or actresses wanting to venture into the music industry are definitely a rarity, and Se-kyung’s efforts are truly a first. While it’s rare, other actors have explored the music industry before through recording OSTs of the dramas they star in. Notable examples that come to mind include Gong Yoo‘s endearing song “Because it’s You” for the soundtrack of Big, the collaboration between Yoo In-na, Park Han-byul, Cha Ye-ryun, and Yoon Eun-hae (the only former idol among the cast) for the theme song of movie My Black Mini Dress, and of course, the splendid OSTs released by the surprisingly vocally talented Kim Soo-hyun.

More often than not, these efforts become highly anticipated (and appreciated) forms of fan-service. In the actors’ perspective especially, these releases give the non-idol celebrities a more personal connection with the dramas they feature in. These efforts are also endearing breaths of fresh air in the usually idol-saturated OSTs of certain dramas, and other than their obvious talent, they also allow actors to show versatility and skill. As uncommon as it is to hear a renowned actor sing an official tune, the surprise often translates into a good amount of hype that’s beneficial to the entire drama project, as well as the individual celebrity. 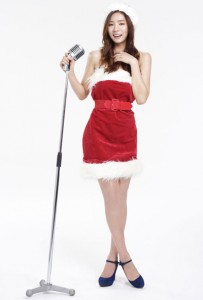 However, Shin Se-kyung’s music ventures have been slightly different in that her endeavors have been completely independent. Her songs have been unrelated to her dramas or their OSTs and she’s actually engaged the help of some crafty musicians, showing effort and desire with each opportunity she’s gotten. Reflecting on her decisions, Se-kyung’s musical attempts have given me a few questions to ponder on. Considering the kind of fame popular actors get, why don’t more celebrities of this breed venture toward the music business? Also, should these actors or actress truly enter the music industry, where would they stand in the unspoken, albeit unbroken hierarchy?

The route for striving actors setting foot in the industry is usually a reverse process in that they first expand their horizons through music or idoldom, such as in the cases of T-ara‘s Eunjung and After School‘s UEE — two of the better idol actresses out there. Young or prospective actors face tough competition going into the acting industry. As such, some resort to joining music entertainment agencies — whether musically talented or not — and find themselves in the equally, if not more competitive idol business. These actor hopefuls desire to establish their fame and demand through their music and idoldom, hoping to eventually get a role with their newly found desirability. Even most “triple threats” such as Lee Seung-gi — those who excel in music, acting, and variety — find their roots in music.

However, this plan comes with blatant holes. For one, as said, the idol industry presents equally challenging circumstances. Trainees live their days wondering if a debut will ever come around, and some eventually miss the boat altogether as they age past the industry-recognized prime for the increasingly youth-centric idol business. Moreover, even if a debut is granted, it doesn’t ever guarantee success. The market is becoming more and more idol-saturated, and the demand for new idols is dropping exponentially. And lastly, even if an actor-hopeful debuts and becomes popular, their status as an idol actor decreases their credibility. Idol-actors have built quite the negative reputation, and these actors risk being judged badly just for being an idol actor or actress. 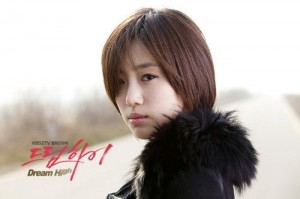 In contrast, actors don’t have that negative connotation as idols. As unfortunate as its implications may be, actors have much more credibility than idols. An actor or actress appearing on a variety show gets less apprehension than when an idol appears, and these actors are generally treated much more seriously than their idol counterparts. And these beginner actors get to reap the same benefits as beginner idols should they enter the music industry. They’d have a fanbase to support them from the start as well as miscellaneous fame elsewhere, should their endeavors fail. And if their efforts turn out successful, these actors can collect quite a profit and even grow their fan club.

So, considering these benefits, why don’t more actors branch into music? Well, I’d definitely say one of the reasons is to keep themselves distinct from idols, who carry a more unprofessional connotation. This is fair motivation as the two industries have great similarities. The crux of it is that both rely on beauty and looks; those with better appearances have better chances of acquiring roles, and these are recognised without acknowledgement of talent. However, the title of an idol suggests versatility, while the title of an actor suggests specialization. Idols are thought to be jacks-of-all-trades, masters of none, while actors or actresses are considered more as specialists, lauded only but especially for their acting. In line with their idol competitors, actors and actresses have already branched out into variety. By going into music, actors could very well deliver the final punch in blurring the distinction between idol and actor, losing their distinction of having a specialist profession in the process. 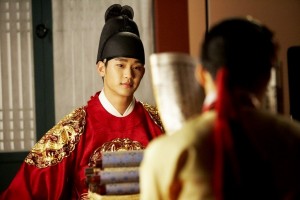 By and large, it would also be easy to deduce that musically talented actors make up a fair few, hence, expanding into music could turn out challenging and discouraging. If versatility is their goal, idols would have up-and-coming actors beat, since they are often better trained. Many actors and actresses have untrained, weaker voices, unremarkable compared to their idol competitors, let alone true musicians, which most venturing actors would prefer to label themselves as. And the last and probably most likely reason for actors to shun singing, is their existent passion for acting. While a few like Shin Se-kyung would be interested in trying new things, others would much prefer sticking with their chosen field, playing to their strengths.

But to be quite honest, we’ll just have to see an actor or actress truly challenge the music industry to really gauge the benefits. The impacts of such challenges would hinge entirely on musical talent, and we see it most clearly where some end up being credible performers and actors — triple threats like Lee Seung-gi or Seo In-guk — and others end up being jokesters like most idol-actors (where “acting” is concerned). To round off with an example, I’d much prefer Kim Soo-hyun, with his unique tone and proven live performance skills, expand into the music industry, over Shin Se-kyung, whose thin voice could get grating fast. But what do you think, readers? What are your thoughts about actors in the music business?