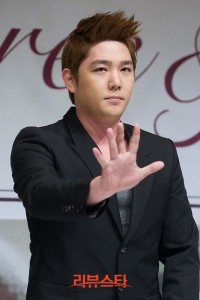 Anyone following Super Junior’s Sexy, Free & Single comeback promotions would have picked up on the multitude of fans lamenting Kangin’s subdued appearance and (relative) lack of lines. Given that his return was amongst the most anticipated events in Super Junior’s calendar, the restraint with which he has handled himself came as something of a shock to many ELF and the man has copped a lot of criticism for it. In all likelihood however, SM advised Kangin that the less obvious his presence in Super Junior, the better, at least for now.

Scandals have the potential to ruin the hard-won career of any K-pop figure and agencies are well aware of this. Hence the micromanagement of idols’ day to day lives. They also know however, that comebacks play a vital role in restoring an idol or idol group’s reputation.

Kangin was not given much opportunity to publicly express his repentance following the incidents that led to his sudden enlistment. While his total lack of exposure through variety appearances or lyric distribution may seem a counter-intuitive way to go about restoring his good character, they are in fact tried and true means of demonstrating one’s remorse. Famed for his easy-going charisma, the transformation Kangin has undergone to appear subdued and introspective comes as a glaring, and but most importantly, useful contrast. Because this new Kangin’s obvious repentance and restraint automatically invalidate much of the criticism that could be leveled at him regarding his past behaviour. And it is this public display of repentance that the public demands of idols seeking to regain its approval.

It is no mistake, for example, that Big Bang’s Alive promotions were conducted as they were. YG has proved himself a master of post-scandal comebacks, handling Tablo’s long-awaited return to the music industry with commanding skill. Indeed Fever has been lauded as a remarkable achievement in that it not only showcased Tablo’s skill (thus regaining the respect of the general public and diverting their attention from his unearned notoriety) but the suffering that he experienced as a result of that whole Tajinyo mess. 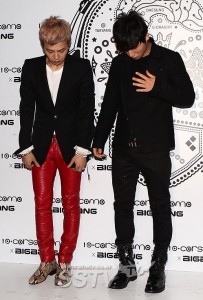 Big Bang’s culpability with regards to their scandals was (arguably) far greater. G-Dragon’s drug conviction, although paltry next to Daesung’s manslaughter charges, was met with extraordinary backlash from Korean public, who are notoriously conservative with regards to both idol shenanigans and recreational drug use. Daesung’s car accident (a tragedy that really ought not be equated with GD’s drug use but for a variety of reasons has been) only served to exacerbate public outrage and left many wondering if Big Bang would indeed disband. Recovery seemed unlikely, impossible even and yet they managed it through solid displays of repentance and carefully orchestrated releases.

Blue was as mellow and self-reflective a song as anyone could have hoped for, and spoke to the remorse and new-found maturity of Big Bang as a group. Now of course, Big Bang was not in fact responsible for either scandal as a group, but the damage to their reputations was fairly indiscriminate and as such it was important that they demonstrate solidarity in their quest for forgiveness.

Big Bang’s variety appearances were suitably downbeat and their live promotions lacked much of the enthusiasm of their previous efforts. Naturally, this show of atonement could not be kept up forever at risk of appearing chronically guilty, a decidedly incriminating stance. “Bad Boy” and “Fantastic Baby” lightened the mood, if not the tone of Big Bang’s comeback thus reassuring everyone that Big Bang had, as a group, overcome their crisis and reached new heights of maturity. In other words, they achieved closure, or at least a very public show of it.

The same goes for Block B whose scandal unfortunately struck in the midst of their promotions for “Nalina.” Despite their best attempts to remedy the situation (televised apologies, subdued performances and Zico’s close-shaven head) public backlash cut their promotions dramatically short. A repackage was released with little fanfare and Block B faded gently into the background amidst worries regarding the group’s devastated reputation. Such was the state of affairs until recently. With the long awaited announcement of ‘Blocktober,’ Block-B appears to be going for a more aggressive style of comeback than expected. Given that most netizens now acknowledge that the vitriol the boys endured was excessive, Block B may be looking to capitalise on their infamy and assert their innocence. The timing is especially fortunate given Nichkhun’s absence from variety – while he deals with his own scandal – as he stood as a constant reminder of how their scandal escalated out of control.

Naturally, some idols have learnt to take scandals in their stride. Solo songstresses Ivy and Baek Ji-young have been the subject of countless scandals over the years, mostly sex related, and both singers now market themselves on their edgy sex appeal and survivor mentality. Jay Park’s success has also been contingent on his reputation as a rebel which was first established in the scandal that ironically kick-started his solo career. 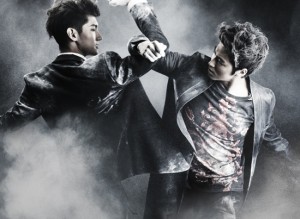 Comebacks can also play a role in manipulating public opinion on an unresolved scandal. TVXQ‘s Keep Your Head Down was their first release following their very public and very messy divorce from JYJ. KYHD oozed confidence on all fronts and signaled Homin’s total lack of culpability in the scandal. Had they returned with a quieter track or more subdued concept they would have risked appearing weak when strength was required to demonstrate their ongoing relevance following JYJ’s mutiny. JYJ worked the opposite angle, playing up their victimisation through their melancholic music. Both attitudes have played a decisive role in influencing public opinion on this still unresolved scandal, demonstrating the role a concept can play in manipulating how they are perceived. Super Junior’s 2010 comeback with Bonamana served a similar function. The group needed a strong single to assert its ongoing and unapologetic relevance following the loss of Kangin, Hangeng and to a certain extent, Kibum. Bonamana’s aggression was permissible because none of the members whose scandals had made headlines were directly involved in its promotion. That is, unapologetic is acceptable when it can be shown that the problematic elements had been successfully excised.

As enigmatic as these demands may be, failure to comply with them can have serious consequences and this is no more apparent than in the reaction to T-ara’s “Sexy Love.” Words cannot describe the unutterable stupidity with which Core Contents Media have handled T-ara’s most recent — and most devastating — scandal. Hwayoung’s abrupt dismissal generated the kind of backlash that would normally see labels go into damage control: withdrawing their groups from performances, publishing carefully worded declarations of remorse and delaying future comebacks. The decision to not only do none of these things but instead release “Sexy Love” is almost unfathomably stupid and demonstrates a stunning ignorance of established K-pop etiquette.

“Sexy Love” is a classic T-ara track; catchy as hell and sexy to boot. And yet despite these qualifications, T-ara’s most recent comeback has only served to crystallise the outrage of the international K-pop community, something that could have been easily avoided with a more sophisticated comeback plan. In short, “Sexy Love” came too soon and did nothing to combat T-ara’s negative reputation. In fact it reinforced it. Which would have been okay if Hwayoung had robbed a bank or killed the president, but as fans left the group in droves it should have been obvious that public sentiment was with Hwayoung and not T-ara. The legitimacy of either position is questionable given how tangled this whole mess has become, but most people have stuck with the image of lonely little Hwayoung vs. the mighty and unrepentant T-ara/CCM monster. The sad thing is that had CCM taken a more sensible approach (delaying the comeback and using it to play up T-ara’s emotional devastation at the loss of Hwayoung) then Hwayoung’s reputation would have suffered more substantial damage.

But they didn’t and “Sexy Love” went ahead without consideration for the ever increasing demand for a public display of remorse from the girls. That the performance outfits and opening scenes of the dance MV closely resembled those already made famous by SNSD did the group no favours. 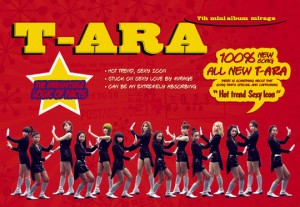 All this pales before the revelation that T-ara were originally slated to perform their comeback stage alongside a cast of child likenesses. Even under normal circumstances, having young children dance to a song as provocative (both in terms of choreography and lyrical content) as “Sexy Love” would be considered grossly inappropriate. Given that T-ara had yet to shrug off or even acknowledge their newly acquired reputation as heartless bullies, placing them alongside impressionable children would have proved disastrous. Luckily for all, that aspect of the stage was indeed cancelled following (entirely justified) public outcry.

Perhaps the minds behind CCM really do think that all publicity is good publicity. Perhaps they figured that this scandal, unlike every other scandal in the history of K-pop, would just blow over. Or maybe they expected that T-ara, rather than Hwayoung, would capture the public’s sympathy. Regardless of their reasoning, CCM have once again demonstrated their mind-boggling incompetence through their handling of T-ara’s latest scandal.

That comebacks can make or break a group’s reputation is widely accepted. Post-scandal comebacks play an equally vital role in restoring a group’s relationship with its public and thereby guaranteeing, at least for a time, its financial viability. As such, that Kangin’s return was conducted with so little fanfare shouldn’t worry anyone. If history is any indicator, his very public show of remorse should eventually appease his critics and see him safely down the road to success. After all, that’s what the perfect comeback is all about right?