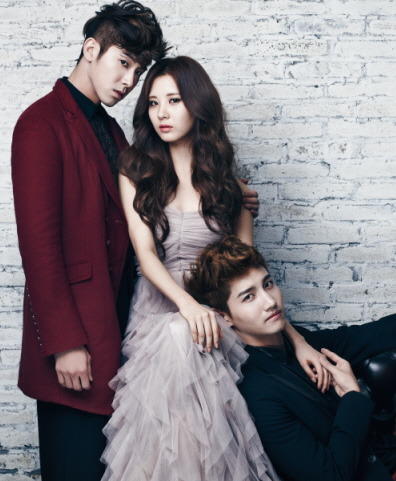 K-pop and its idols are no stranger to covers, be they in English, Spanish, Japanese, Chinese — or Korean.

There have been many instances of K-pop idols covering songs originally performed by the legends in the Korean music industry, but there are also many examples of idols covering songs belonging to their contemporaries in the idol industry, be they for concerts, music shows, Gayo Daejuns, and they seem to enjoy it for the most part: even DBSK‘s Yunho and Changmin have (jokingly) assigned parts for a hypothetical cover of SHINee‘s “Replay.”

So,the question for our panel of writers this week is: What has been a favourite cover of a K-pop song by a different K-pop group? And if you were to fashion your own K-pop cover à la Yunho and Changmin, who and what would it comprise?

Gaya: Let’s not forget TV shows too: MBC‘s Star Dance Battle provided ample opportunity for K-pop groups to cover each other’s songs, and one of my favourites from that is SHINee’s cover of BoA‘s “Girls Oh Top,” where they sang, rapped and hopped onto their back-up dancers’ backs, just like BoA. They did not sing that song live (the lip syncing was all over the place there) but it was nice to hear at least their prerecorded voices sing that song. The thing I loved most about this cover though, is that it took the song seriously: there was no attempt to mine comedy from it like other performances of girl group songs by male idols, like SNSD‘s “Genie;” I think a fair bit of that may have to do with the artist they were covering, but it was really refreshing all the same.

I would not mind the Homin-Replay idea, but the cover I really wanted to see was a cover of SNSD’s “The Boys” by the nine members of Super Junior who were on the Super Show 4 concert tour (just to give you an idea of how long this has been fermenting in my brain). Super Junior’s already covered SNSD’s “Gee” and f(x)‘s “Chu” (each cover led by Heesica and Sulhee respectively) during their previous concert tours, so this could have been right up their alley. I had it all sorted out: Ryeowook would be Jessica, Yesung would be Taeyeon, Kyuhyun would be Seohyun, Eunhyuk would be Hyoyeon, Shindong would be Sooyoung, Donghae would be Yoona, Leeteuk would be Tiffany, and Siwon would be Yuri, leaving Sungmin to take on Sunny‘s parts. I liked the Sound of Music parody too, but ohhh, missed opportunitiessss.

Fatouma: Most covers that are done by K-pop groups are usually covers of really popular songs, of the year or of yesteryear. Although many songs are covered to death, I always like watching groups take a crack at a song that has been popularized by a specific group and add their unique twist to it. It can also show the range that an idol group can do when covering a song that has been made with their strengths and weaknesses in mind. Few groups can completely master songs, particularly songs with demanding dances like “Mirotic.” Because of I’m partial to DBSK, I like watching boy groups cover “Mirotic,” which has a complicated dance routine, and so far the only group that has seem to perform the dance perfectly has been Infinite. I think that’s because Infinite is one of the groups that seem to go the extra mile with their dance routines and synchronization has practically become synonymous with them. Almost all the covers that I’ve watched with them have been perfect, even the girl group covers.

Speaking of their girl group covers and to add on to Gaya’s point about boys covering girl group dances, some of the best girl group covers has been Infinite’s, especially the ones done by their spitfire maknae, Sungjong. Everyone who hasn’t seen his cover of Park Ji-yoon‘s “Adult Ceremony,” WATCH IT NOW. Back to Infinite, their “Tell Me” and “Gee” covers seem to be taken seriously, with them actually singing the song without having to dress up in gimmicky clothing or sing in high-pitched voices. They are legit boy group versions of “Tell Me” and “Gee.” I think that’s the best part of covers is to see the efforts of a group to master a song that might be out of their range but successfully adapt it to suit their needs. 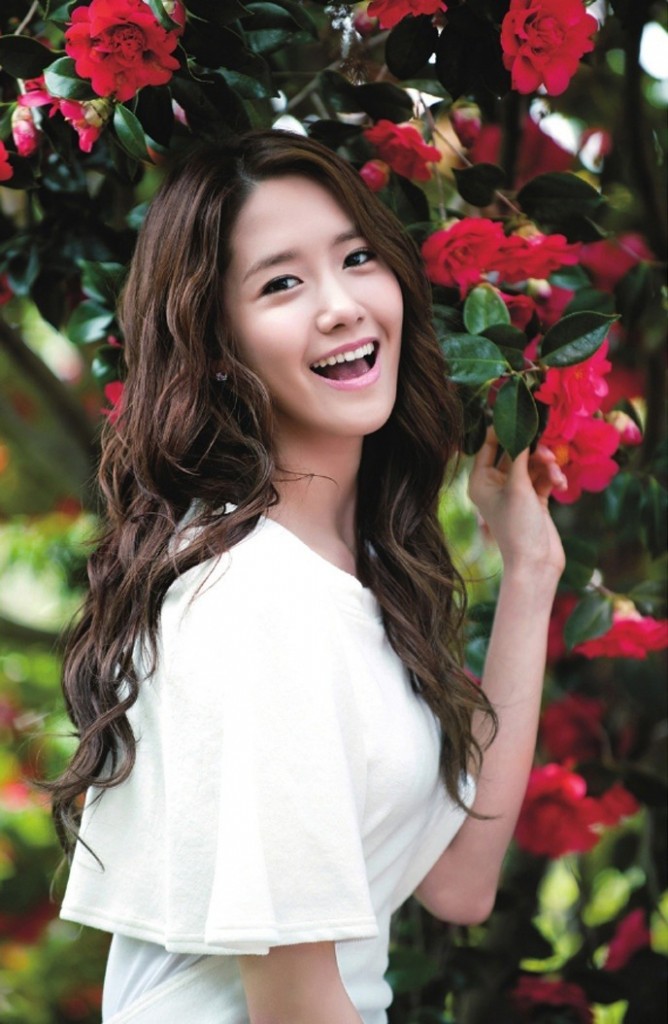 Nicholas: My favourite covers would have to be a quality spin on another artist’s song. A good example would be what IU tends to do when on Yoo Hee-yeol’s Sketchbook.

Another type of cover I find enjoyable are those which do not so much aim to impress but more of just show what the artiste can do when slightly out of their confines. For this SNSD’s varied covers on Kim Jung Eun’s Chocolate have got to take the cake. While not every song was of great musical merit (“If You Seek Amy”?!) I have to admit I liked the songs for their sense of fun (in a slightly awkward) way plus appreciate the times when K-pop lets it’s hair down slightly.

But as I wrote in an article previously there is a real thin line between a cover done for fun and one done just for the sake of impressing or pure fan service, as well as how some songs are practically so over covered one gets all judgmental when hearing them, which defeats the purpose of a cover.

Ambika: The first song I thought of for covers was Super Junior covering SNSD’s “Gee,” but not where they make it comical and/or cross-dress. Seven members of the group did a more R&B cover of the song on Music Travel La La La back in the day. That’s a cover that has stuck with me just because it sounds so clean and soothing. All members take the song seriously, and it turns into a nice surprise. It’s also nice to see Super Junior singing something that isn’t backed by heavy synthetic beats.

And second, because I seem to think of B.A.P first these days, there’s the group’s cover of H.O.T‘s “Warrior’s Descendant” on Mnet‘s M! Countdown. It’s a return to the group’s fiercer image pre-“Crash” while still using a different style than they normally present.

I’m not sure what cover I’d actually like to see, in part because I’m always afraid that the cover will not do the original justice.What I like about some covers is that they’re made of combinations that I didn’t expect to happen. They don’t always work out well, but there are some that really expand your perception or judgment of the group doing the cover.

Gaya: Ambika, I absolutely love Music Travel La La La! I myself was quite partial to SNSD’s version of “Sorry Sorry;” I wish it was still around. 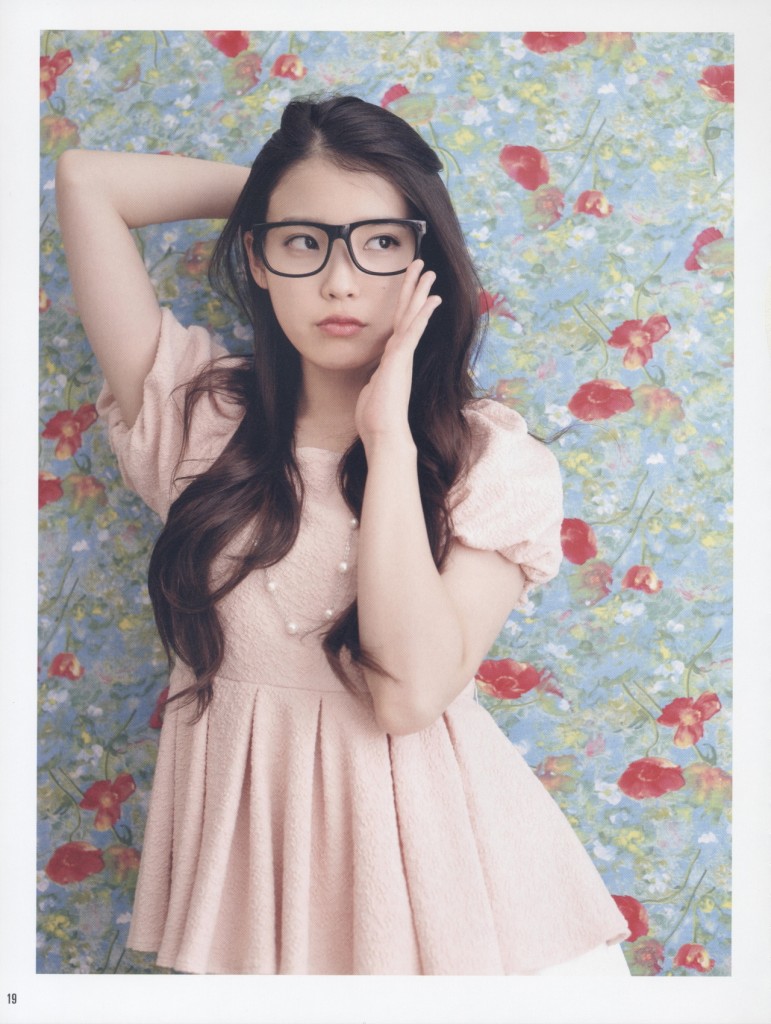 IU’s covers are really some my favorites since they really allow her artistry to shine. Sometimes the material she’s given, as much as I love them for their thematic value, are often too grandiose and way too orchestral that it’s hard to spot her artistic footprint. But through her covers of her fellow K-peers’ songs, the simplicity of it all really allows her to shine. All that’s there usually is IU with her trusty acoustic guitar, singing dreamily her own interpretations of the often famous songs she covers. IU works best with that kind of uncomplicated atmosphere, since it’s almost always genuine.

It’s come to the point where I’ve heard numerous times that people who don’t necessarily love her original music are still her fans through her covers alone. And I can definitely understand these people. The girly yet often whimsical music IU is lauded for now just isn’t everyone’s cup of tea. However, the appeal from her stellar covers is much more universal, showing the young starlet’s versatility — she’s covered everything from Big Bang‘s “Lies” to SNSD’s “Gee” — and the full extent of her talent as well.

As for covers I want to see, I’m still waiting for IU to release a full cover of SHINee’s “Juliette.” IU covering anything from Younha‘s discography won’t get any complaints from me either. I’d also like A Pink to cover anything from SNSD’s first album since the material is right up their alley.

Gaya: I’ve said it before, but all LOEN needs to do is get IU into a recording studio with her guitar and just let her do her thing. I would love to hear a full version of “Romeo,” too…

Johnelle: One of my favorite K-pop covers ever, and one of the first I ever saw, was this compilation of Super Junior, SS501 and Big Bang doing DJ D.O.C‘s “Run to You.” It was a huge hit and seemingly everyone’s favorite party song. If you look on YouTube tons of artists have covered it. There was also this classic performance of Rain, Se7en and Hyori covering Seo Taiji and The Boys‘ “Nan Arayo.” I love Big Bang’s “Sunset Glow” which some might not know is a remake of the original song by Lee Moon-sae.  SHINee also did a pretty awesome “Mirotic” once on Shimshim Tapa, if they did the choreo too that would have killed some of their noona fans. As for rookies, like Ambika, I think B.A.P. did a pretty decent cover of H.O.T.s “Warrior’s Descendant.”

Fannie: Not an idol group, but I was completely blown away by Guckkasten‘s cover of Sistar‘s “Alone” on the most recent episode of I Am A Singer. It’s astounding how well the song was able to adapt across genres, and of course, Guckkasten always gives brilliant lives.

Other contemporary Korean song covers that stand out in my memory include SuPearls‘ cover of SNSD’s “The Boys” on Survival Audition K-pop Star, CL‘s cover of G-dragon‘s “Heartbreaker” at the 2009 SBS Gayo Daejun, Seo In-guk‘s cover of Rain’s “Love Song” on Yoo Hee-yeol’s Sketchbook, Younha’s cover of G.na‘s “Top Girl” on Younha’s Starry Night (along with tons of her other amazing radio covers), and like Jasper, I’m also a fan of IU’s acoustic covers.

I thought of W&Whale‘s cover of “Mirotic” immediately, which I really liked when it first came out. That was probably because DBSK’s version had been overplayed. I still adore Whale’s singing but I’ve got a newer fave in Urban Zakapa‘s “Just a Feeling”, originally by S.E.S.

To my knowledge, Plastic TV, in collaboration with Offbeat, are the producers of clips such as the one above. They hold infrequent recordings that specifically feature indie/electronic/punk pop covers of previous generation K-pop songs. A description of their work:

1990’s is the richest period in history of Korean pop music, represented by pop stars like S.E.S, Solid, and Clone. Here, their songs are rearranged in fresh perspectives of indie musicians, and shed new light on 90’s Korean pop.

MusicBAR Tribute 90′ is a project formed by Daum Music and 5 different indie labels, and expects to produce original works by new releases of studio live videos and digital albums. We hope the project to be a good opportunity for more people to meet and enjoy indie artists’ renewed works.