"The Chaser," and the Appeal of Immorality 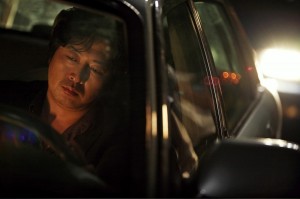 Half an hour into The Chaser and you probably get an idea on why Hollywood remakes on Asian thrillers hardly ever work — or, said in another way, why The Chaser is everything a Hollywood production will never be. The storyline is simple and nothing out of the box: a serial killer who tortures and murders prostitutes is arrested by the police, and an ex-cop has only 12 hours to find the prostitute he just kidnapped before he gets released. And then there are lots of violence and blood, but what’s really disturbing about The Chaser are actually the characters.

Joong-ho (Kim Yoon-seok), an ex-detective turned pimp with few morals and less respect towards the girls, is convinced the prostitutes are leaving him to work with another pimp. That’s how he finds Yeong-min (Ha Jung-woo), who he’s convinced is reselling his girls, and they end up in a police station, where Yeong-min actually confesses that he has killed nine people and that the last girl he kidnapped may be still alive. And this way Joong-ho embarks in a frenetic search of the girl before Yeong-min gets released as no evidence of his murders have been found.

There’s always certain unsteadiness when we can’t identify ourselves with any of the main characters of a film or a book, and The Chaser takes delight exploiting it. But the worst part is, it does feel realistic. From the locations to the language, everything is harsh. If there’s something I appreciate about Korean thrillers is that the police work is rarely sweetened, probably following the trend Memories of Murder imposed. The police is usually clueless, bordering the incompetence, but probably much more accurate than the flashy offices and handsome policemen we are use to see in the media (K-dramas included). And then we have an antihero that was once a cop and now exploits young girls, who only thinks of the money he’s losing and that doesn’t even turn into something like a hero until the film is almost half way, reluctant to admit that the girls aren’t betraying him but being killed.

It’s actually when the character of Kim Yoon-seok gets a grip of what’s really going on and starts the search that the movie falls more into the expected and although the ending is pretty catatonic itself, it just doesn’t reach the level of the first part anymore. The main character, deemed unredeemable at the beginning, meets a very Hollywood-esque redeeming kid that opens a door in this direction, probably to lighten up a bit the heavy feeling the first part left in our stomachs. Don’t get me wrong, there’s nothing wrong with characters’ redemptions, but the movie could have perfectly worked without it and the impact would have been bigger. And for all the clichés that the first half pulls down, the figure of the kid makes it up for all of them. 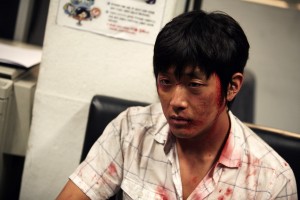 The first film directed by Na Hong-jin, The Chaser is not outstanding in the aesthetical aspect but still has a pretty flawless production. Much like lots of recent Korean movies, the photography takes pleasure in the night of Seoul and the atmosphere the city lights create. And it does work, because even when the scenes happen in the street, Seoul has the capacity to feel really claustrophobic with all the dim lights and the narrow alleys.

With two actors such as Kim Yoon-seok and Ha Jung-woo leading the cast, the acting quality is pretty much granted. Both won a big load of prizes thanks to this movie, especially Kim Yoon-seok, but I can’t help but be amazed at the versatility of Ha Jung-woo. With a career just taking off, Ha Jung-woo played in the lapse of one year a serial killer in The Chaser, a cute loser in My Dear Enemy and a ski champion in Take Off, all of them pretty memorable and totally opposite — yes, I may have a weak spot for him, but just because he deserves it.

The first half of The Chaser will probably leave you feeling uneasy, overwhelmed by all the rawness and the immorality, and that’s exactly what works about it. Have the entire movie been as heart-wrecking, I would be giving this movie the highest rating, but unfortunately it falls in some overused clichés I wish they had avoided. Is The Chaser worth watching, anyways? Definitely. The Chaser is a good movie and a fantastic thriller. It’s dynamic and intense, and even at its worst is still better than most of the thrillers recently released. But it could have been mind-blowing. 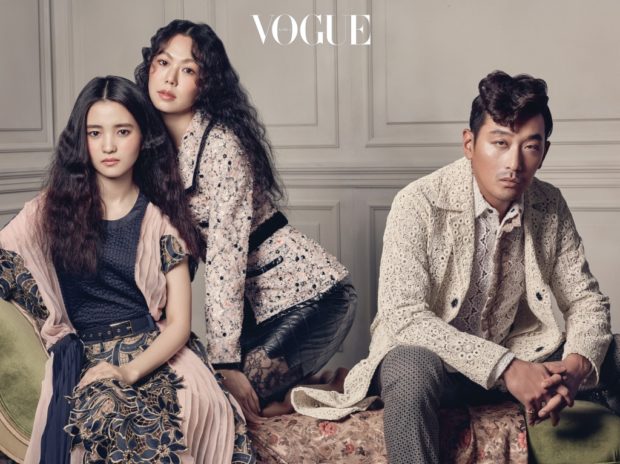 Confrontations Galore in “The Terror Live” 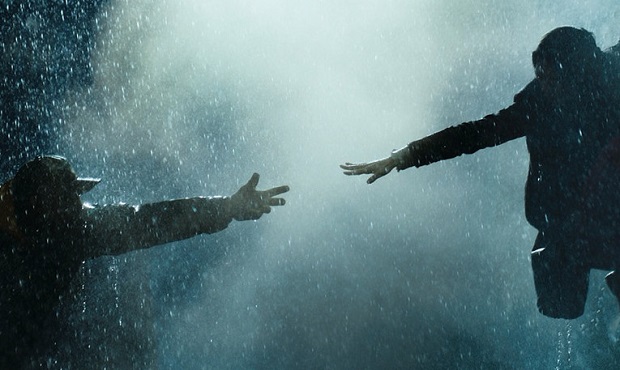