Keep Calm and Listen On: A Song for Every Mood 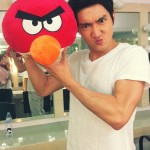 Bad traffic, horrid days at work or school, or things that just refuse to go our way, no matter how hard we tried. These are just a few of the things that conspire to wreck a fine day.

Happily, with the help of some well-selected music, one can at least try to sing away some of the blues, try to get re-inspired to move on, or at the very least get some catharsis from how the song seems to match the depressed mood one is in.

With that, here are some songs to suit the various moods of the day (and night).

The “Help Me Wake Up” song:

Nothing says struggling with the day more than just struggling to get out of bed. For that, something slightly cocky, ego-boosting always helps a little bit. Top pick for this would have to be Super Junior’s “Superman”. With lyrics like “Our scale is the best” and “Everything has to be the best”, a delightfully pounding beat, and a nice little bit of belting to bring out the inner egoistical bedroom singer, this is one song to give miserable mornings a boost.

The “I Need an Ego Boost” song:

So now one is awake, but still needing yet another shot of mental boost, as well as little tune to get one moving faster physically? For this, it would have to be a tie between Rain’s “Rainism” and 2NE1’s “I am The Best”. While both of them are dance-friendly, pumping tunes that would get even the most jaded of people moving. They differ slightly in their own ways. The Rain song is effortless cool, the kind we all dreamt of having, while the 2NE1 song screams bold and brave, just what we wished we had to stand up to the day ahead. The Rain song just begs for some posturing to the music, the 2NE1 ditty calls for some party-style hand waving. Whatever, let’s just call it a tie.

So now it’s the mid-day in the office, and you could not possibly last the whole day. What better than a high tempo, inspiring song from the (possibly) queens of fun female pop, Girls’ Generation? Out of their fun to listen catalogue, two prime picks would have to be “Be Strong” and “Hahaha”, which simply encourage to just try to laugh things away, and try to find that last ounce of “energy” to just last the day. In fact, “Hahaha” was a song commissioned by Samsung (yes, that conglomerate) in an effort to keep national spirits up during an economic downturn. What works for a nation could probably work for most of us, so here it goes.

However, given that most of K-pop is rather peppy in nature, these two songs are but some of the many other choices available. Feel free to list your perk-me-ups below!

The “I Fell Out of Love” song:

The end of a relationship is always painful, and for some reasons, songs which are thematically cathartic work best in this situation. For this, nothing beats the YG duo of G-Dragon and Taeyang, with “Heartbreaker” and “Wedding Dress” respectively. Touching on themes such as one-sided break-ups (Heartbreaker) and being the almost man (Wedding Dress), what better way to purge out the heartbreak than some solidarity in song, and having the feeling that, somehow, somewhere, a songwriter and composer could put your feelings down accurately.

On the hand, for those that believe that misery loves company, it’s hard to find finer company than with the boys from 2PM and their litany of heartbreak hits? “Heartbeat”, “I’ll Be Back” and “Without You” to name a few.

The “I Fell Back In Again” song:

Getting back in love after heartbreak is not exactly easy, so here’s a song that celebrates the spirit of not being beaten down and bouncing back after a setback. With a dancey tune, and lyrics that that promote “looking towards tomorrow” and “the future”, Solbi‘s latest release “Ottogi” makes for a perfect way to jumpstart the optimism vibes in one.

Still in the mood? How about some a tune or two from the ear-worm queens, T-ara? While “Sexy Love” might be all the rage, a more appropriate choice in this context would be “Lovey Dovey”. Besides the lyrics quite concisely describing the feelings of being so bored all alone, and the main reasons to get back in love, it also contains what could be the most annoyingly catchy literal sing along line “ije (now so) Lovey Dovey”. As far as sending the message to the world that one is back again, this song takes the cake.

So after a long day of ups and downs, it’s always nice to have something laid back to listen to while taking stock of the day. For this, it is hard to find a better choice than IU’s “4AM”. With lyrics that describe the wry sights of the night, as well as the song’s allusions that by tomorrow, “all would be forgotten without a trace”, few songs are more perfect for rounding out the day.

And that was K-pop picked to represent the varied downbeat moods of the day. So Seoulmates, what are your picks?