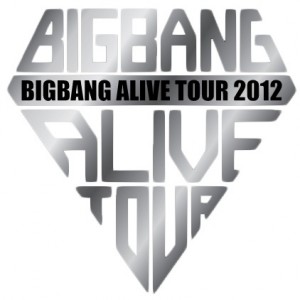 If you are a fan of a certain idol group coming to the US, this past week in K-pop consisted of only one thing: the announcement of tickets sales and the ensuing melee between fans to get those tickets this past Saturday.  Seriously, I think most Big Bang fans could hardly think the whole week until they tried their luck and got their tickets on Saturday.  It was disheartening to hear of those that didn’t and of the creeps who were reselling them at outrageous prices, but that’s a rant for another post. And if you’re wondering… I’ll see all y’all VIPS in Anaheim!

So was there anything else going on in K-pop this past week? Top Media, home of Teen Top, debuted another boy band the seven member 100% with their song “Bad Boy,” Rania made a comeback with “Style,” Seo In-guk started promotions for his new drama Rascal Sons, Singles magazine did an awesome spread with SHINee‘s Onew, and seriously that’s all I got because I did literally have Big Bang on the brain last week, if I missed anything big, drop me a comment.

The following are the 5 Things that happened in K-pop that I think are a little bit more special than the rest.  As always, if you’re not up-to-date on your K-pop turn back now because… spoilers are definitely ahead!

Apparently, an entertaining game on Shinhwa Broadcast. Some of the Super Junior boys joined their Shinhwa  sunbaes and among the other fun activities they did that day was this hilarious battle. You just gotta love K-varieties.

4. Stop Girl gets a Green Light

At least from me.  Will U-Kiss‘ newest track help to finally push them into the category of K-pop idol  elite? Hard to say because I though “Neverland” was a pretty solid track, but that didn’t.  The new song is good, but its the choreo and solid MV and performances that get the green light from me

Undead ass, too. I’ve been a fan of Arang and the Magistrate since the start, the drama has been a pleasant surprise with it’s great storyline and acting.  In this scene, Lee Jun-ki‘s character the magistrate Kim Eun-oh busts the grim reaper himself, played by Han Jung-soo, going through his things and what ensues is an impressive fight sequence which is choreographed to a powerful track by MC Sniper called “Mask Dance.”

What can I say?  G-Dragon singing his new sad love song accompanied by guitar virtuoso Jung Sung-ha at Inkigayo with a beautifully simple stage… perfection.

The ending of K-drama Answer Me 1997 was no fairy tale, but what we got instead was a very realistic happily ever after.  Part of the charm of the show was its realism where not all families are picture perfect and not all love stories are filled with champagne and roses.  The drama garnered the highest ratings ever for a cable station’s drama, which only affirms what many have said–that the drama resonated to those growing up in 1990s South Korea.  Jung Eun-ji and Seo In-guk, the drama’s leading actors, stars are definitely on the rise after their awesome performances.  I’m going to miss you 1997, it was fun to live through your years once again.