G-Dragon Goes Solo with One Of A Kind 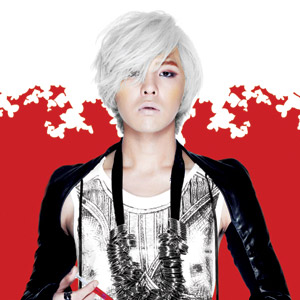 G-Dragon is arguably one of the most colorful idols in K-pop today, both literally and personality-wise. Having led Big Bang to become an immensely popular group both in South Korea and overseas, GD is known for his musical talent in composing and lyric arrangement, his rapping, and of course, his signature style. He released his debut solo album, Heartbreaker, in 2009, and returned his focus to group activities soon after. So, it’s not wonder that V.I.Ps were nearly falling out of their chairs with excitement when GD’s solo comeback was announced earlier this year. The word on the street was that One Of A Kind was going to be very hip-hop-centric, but after all the trolling YG has done this year on the K-pop scene, I wasn’t really sure what to expect from this release. One thing was immediately clear to me upon listening to the first track on the mini, aptly titled “One of A Kind”: the direction GD had chosen for this set of songs was vastly different from Heartbreaker‘s direction. Instead of trying to fuse electropop and his raps together, he chose to put the electronic aspects of his music on the back burner and worked his songs from another angle, focusing instead on hip-hop elements and acoustic melodies that really made his lyrics shine.

The first track on One Of A Kind practically screams textbook GD. “One Of A Kind” had all the cockiness and swag that we’ve come to expect from GD, and he delivers it with style. His lyrics are cheeky and delivered with confidence as usual. “One Of A Kind” really set the tone for the rest of the mini with its catchy beats and less focus on pop elements. It was clear immediately that YG had allowed GD to go in his own direction for this project, which is great because I’ve always felt like his affinity for rap and hip-hop really shines through in a lot of Big Bang’s music, even when it’s something that sticks strictly to the K-pop formula. Executed with clean raps and attitude that only GD can get away with, “One Of A Kind” is a fun listen, although maybe not playlist-worthy for me.

“Crayon,” GD’s follow-up track to “One Of A Kind,” is a complete 180 from the style he had adopted for the title song. Energetic to the point of disorganization, “Crayon” is filled with electronic beats and one-liners that seemed overwhelming when I first listened to it (but  perhaps the colorful music video complete with GD in girl form contributed to that). As fun as “Crayon” tries to be, I just feel like it missed the mark by a little bit. The synths in the background and all the sound effects layered on GD’s raps distracted me from his voice and it just felt like too much to handle at once. I did like the wordplay though; “Why so serious?” is one of my favorite lines in English from K-pop right now and I can’t help but picture GD with his sassy expression when performing this every time I heard it. 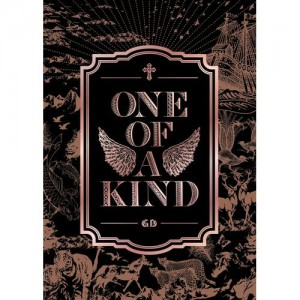 After the semi-hot mess that was “Crayon,” GD slows things down with a ballad, “In The End,” featuring YG’s new girl group. GD’s rap at the beginning of the song really set up the song with a beautiful piano melody in the background. His vocals were surprisingly smooth and matched well with the female soloist’s voice, which was pleasantly clear. GD’s vocal ability always impresses me, because it shows that not only does he work on improving his rapping skills, he also doesn’t neglect his singing. “In The End” is captivating with its musical qualities that I’m not quite used to hearing from GD. The gentleness of this ballad really won me over, and I can’t wait to see him record more tracks like this one.

The aftertaste of the sweetness in “In The End” was still lingering in my mind when GD burst that bubble with “That XX,” an acoustic track about loving a girl whose boyfriend is a… well, “XX.” I immediately fell in love with this song because of the obvious “less is more” approach GD took with it. It’s a bit unexpected to hear his voice paired with an acoustic melody, but his pitch was perfect in “That XX.” Another thing that really sold me on this track was the arrangement of the lyrics. His rap had emotional depth (contrasted with his raps from “One Of A Kind” and “Crayon”) which really helped draw his audience into the overall song. 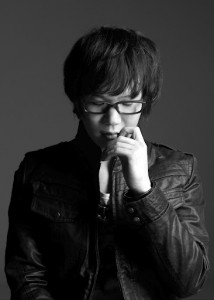 After the subtle angst in “That XX,” GD moves us right along through his favorite genres with “Missing You,” his spin on a mellow pop track. With a whimsical touch added by pitch-perfect vocals by Jaurim‘s Kim Yuna and the whistling in the background, “Missing You” is fun yet relaxing to listen to. It’s a different style for GD, but he’s mature enough as a musician to tackle something like this and make it sound like he’s been recording tracks in this style for years.

“Today” has more of a creative, upbeat feel to it. Featuring Kim Jong-wan of Nell, GD brings a party anthem feel to his album after his  strange attempt with “Crayon.” “Today” works better as a dance track because it’s not trying as hard as “Crayon” to be fun, which automatically gives it this very carefree style enhanced by the lyrics. Because of that, GD’s infectiously playful side really pops in “Today.”

Just like how GD opened his mini with a strong hip-hop track, he ends it with one as well. “Light It Up” features Tablo and Dok2, two extremely strong hip-hop artists, and showcases GD’s strong rapping skills in this collaboration. The song is the perfect combination of speed and rhythm as the raps take center stage with only the most necessary beats in the background.

It’s an understatement to say that GD has grown musically since his last solo release, and while he experimented with more than just a few genres on One Of A Kind, hip-hop and rap elements in most of the songs still make it very clear what he’s the most comfortable with. Being a well-established artist in K-pop, I don’t think GD was ever worried about the response to his solo mini-album, but I’m glad to see that the effort he put into making it is apparent. The lyrics are well-written and the melodies composed artfully and simply. Overall, GD’s One Of A Kind does not disappoint and instead shows us that he truly is “one of a kind” among his peers in K-pop.