EXID Changes So That Everything Can Remain the Same 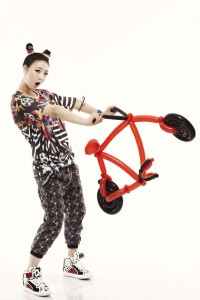 Some groups decide to change their style after undergoing member changes, whether it be a radical turn such as Girls’ Day or just an image clean-up like CHI CHI. Especially when a group has just debuted, the departure of some members can give the group an opportunity to start anew. EXID, however, have decided to keep the same style as their debut, even after the departure of three of their members.

EXID debuted last February with “Whoz That Girl” as producer Shinsadong Tiger‘s own girl group. Shinsadong Tiger is known for having produced some of B2ST, 4minute and T-ara‘s biggest hits and having as well worked for a variety of different K-pop acts. Having behind a famous hit producer seems not to assure a successful debut — first it was Brave Girls and then EXID who got drowned in a sea of girl groups despite the promising pre-debut fuzz.

EXID wasn’t especially bad and their song wasn’t especially hideous; they just didn’t stand out. With a style somewhere between that of 4minute and f(x) with a bit of 2NE1, as well as a catchy but plain debut song, it was hard to find them appealing. AB Entertainment, however, seems to think the problem wasn’t the concept nor the song, because EXID’s comeback is practically identical to their debut — if only with different members and more autotune.

In the MV, the girls act as a bunch of friends who go through their daily routine but can’t see the moment to finish their tasks and go partying. Then, in a bizarre plot twist, the club is closed and they end up breaking into it to dance all night and then fall asleep exhausted. The production of the MV is as good as that of “Whoz That Girl”, and the quality is evident in both the outside shots as well as the indoor set shots. The plot is mostly a bit silly and irrelevant (I mean, why would they fall asleep in a club they broke into), but it has its witty moments and I admit I did find the first scene of member LE and the car quite amusing.

The choreography isn’t something new either — lots of arms movements, as is the trend among girl groups. It reminds to pretty much any f(x) choreography or 4minute’s “Mirror Mirror”. There’s the addition of some chairs which I really hope they use on stage too, because they always add some new element to a dance. 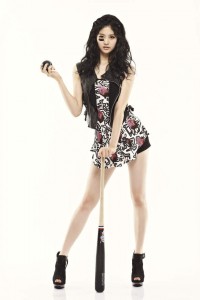 It wouldn’t be fair to say there’s no evolution at all in this new release: although “I Feel Good” is more autotuned than “Whoz That Girl,” it sounds better (if only because the title is not so annoying). There are some slight but nonetheless pleasant harmonizations, the new main vocalist sounds actually very good and at least they managed to keep the most charismatic member, rapper LE. The mini-album as a whole is also not blatantly bad, even with its 80s feel (think more Bryan Ferry than Eurythmics), but it’s nothing we haven’t heard before.

But will these slight changes be enough to finally launch their career? Honestly, I don’t think so. If their debut concept was fantastical and original, I would be all in favor of them keeping it and trying as long as it would take. But clinging to such an overused concept just makes no sense. If EXID wants to impress, they will have to choose: change their image to something that may leave an impression in the viewers, or come up with an amazing song so that we can forget the concept that we’ve already seen thousands of times before.