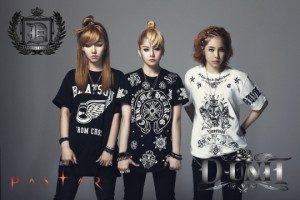 Summer brings with it a wave of debuts, and within them we find the nice surprise of what seems to be a trend of hip-hop girl groups. Okay, maybe calling it a trend with only two examples is a bit too much. Be it a trend or a coincidence, the fact is hip-hop, even though related to K-pop since a long time ago, has always been a bit further away from girl groups. Sure every girl band had its own resident rapper just like boy bands do, but when it comes to concept and music style is easier to find boys pulling it out — from the ever infamous Big Bang to Block B and B.A.P, and way back to Sechskies, Click B and not-so-much-of-an-idol-group-but-kinda 1TYM.

Whether it is because girl groups always tend to debut either with a cute or a sexy style, because entertainment companies didn’t see it working or because female rappers are indeed less common, truth is, hip-hop has been underused by girl groups all these years. 2NE1 was probably the first one, and although they were born as the feminine answer to Big Bang, their hip-hop influence wasn’t as strong as in its masculine equivalent in their beginnings. They combined a variety of styles such as electronic, pop and reggae, and their hip-hop influence has been decreased lately in favor of a more electro sound. Their concept, however, did include lots of references to the hip-hop culture, as a novelty in girl groups. 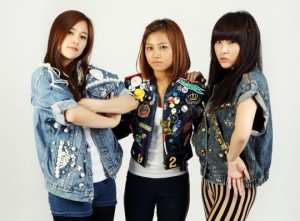 In 2010, trio VNT debuted with “Sound (YeYeYe)” and a R&B/hip-hop concept. Although their debut song didn’t include that many hip-hop parts, they had potential and a fresh urban appeal. Their debut wasn’t a complete flop (neither a big success, but beginnings are never easy), but one of the members left a year after and although no official statement has been released, the group is supposed to be disbanded without no more material released.

And then 2011 had me waiting eagerly for the debut of “Asia’s first hip hop a capella group”… only to find Coin Jackson, whose debut was neither hip-hop nor acapella. This summer has me eagerly waiting once again; this time, fortunately, with a little bit more luck. Or I hope so.

First debuting is D-Unit, who is set to release their first single on August 2nd. D-Unit gained some attention when it was announced that one of the members was T-ara‘s Boram little sister. Wooram, however, is taking a different path than her sister debuting in a hip-hop act under D-Business Entertainment, whose CEO is a former member of YMGA, a hip-hop duo under YG Entertainment. The 3-membered group even held a fanmeeting in Japan this month, before their official debut. Although the teasers revealed so far don’t offer much of the musical direction of D-Unit, their track “I’m Missin’ You” is supposed to have been produced by YG resident producers Teddy and Kush, which kind of gives an idea of how they may sound (and that very Teddy-esque “eh eh eh”, in this case “oh oh oh”). Whether they would sound any like 2ne1 or not, we’ll have to wait and see, but the fact is there seem to be lots of reasons to look forward to it.

Right after D-Unit, EvoL is set to debut on August 8th. From Block B’s household, Brand New Stardom, there’s not much information about them aside from being a hip-hop group — as expected from Cho PD‘s company –, two audio teasers and a recently released video teaser, and as seen in the last teaser, it is comprised by five members. The audio teasers, however, speak by themselves, with a heavy hip-hop sound with some pop influences. Besides, Block B member Park Kyung is said to have produced their first album. Debuting as some sort of Block B counterpart, there’s still the doubt of whether they intervene in the composition of their songs too or not.

This hip-hop influx seems to have already had its reflection in the K-pop scene. Recently debuted group GLAM, although not marketed as a hip-hop group, is currently promoting under a ‘street’ concept, and they have two rappers in their ranks with a quite significant amount of lines, especially in their intro song “Glamorous”, which even includes a street dancing-esque act.

Hip-hop’s growing influence in the mainstream music scene had to sooner or later influence the girl bands too, especially when cute concepts don’t seem to be the trend anymore (although they will probably always be a constant). All in all, the new season of debuts shines bright for all of us who rejoice in fierce girl groups and hip-hop. Will this certainly become a new trend in K-pop? Let’s wait and see, but I personally wouldn’t mind at all. 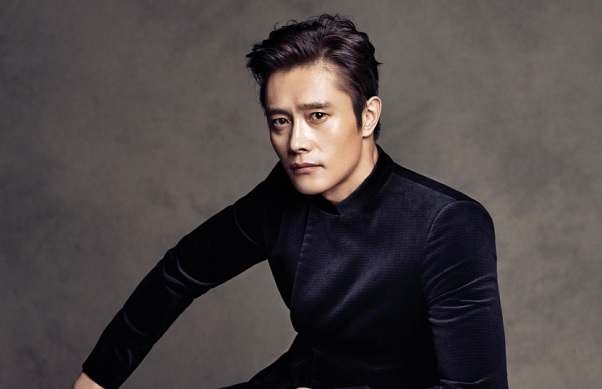