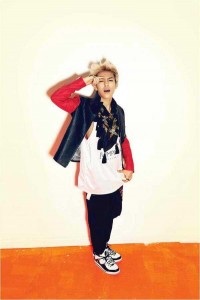 Just a few days ago, rookie group B.A.P made their third comeback this year with No Mercy, a mini-album full of powerful tracks that drip with the group’s signature “rebellious” style, shown through Bang Yong-guk and Zelo‘s energetic raps backed by the strong vocals of the rest of the boys. It has only been half a year since TS Entertainment debuted B.A.P and it’s obvious that they are working the boys to death during their first year on the K-pop scene in order to establish them as a well-known group (like Woollim Entertainment did quite effectively last year with Infinite), but there’s only so much a casual Baby like me can take. Regardless, I sat down a few days ago to listen to No Mercy, just to see what kind of genres and styles B.A.P had decided to include on this new mini-album.

I was surprised to find that “Goodbye,” the first track B.A.P included on No Mercy, was somewhat of a fast-paced ballad with a rock influence. “Goodbye” is full of energy and I enjoyed all the instrumental elements of the song, which ranged from a beautifully played piano melody in the background to hardcore electric guitar riffs during the chorus. Even though B.A.P relies a lot on their vocalists (I adore Dae-hyun and Young-jae‘s voices in this track) and rappers, I was impressed to see them incorporate such different instrumentals so heavily in the song. One of my favorite things about B.A.P is that their rappers and vocalists are equally strong, making each track they produce flow evenly instead of having the awkward minute in there with a poorly executed rap, which many other idol groups suffer from. 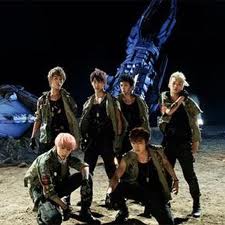 Even though I’m not a big fan of the clapping intro for “No Mercy,” the promotional track off of No Mercy, I did enjoy the first verse which incorporated both Bang and Zelo’s rapping styles. The vocals were also impressive during the second half of the first verse, even though they were a touch more rebellious during the chorus with a hard rock feel. The second rap verse in the song was also excellently executed, with an interesting little electronic riff in the background that captured my attention. Unfortunately, I wasn’t a big fan of the pause in the song for the boys’ dance break — it looks great in live performances and in the music video, but if you’re just listening to the track itself, it definitely sounds a bit out of place. I also thought that “No Mercy” sounded really similar to “Power” and “Warrior” — all three had a very rebellious sound to them and it’s hard to distinguish each song from each other in my mind. Besides that though, I really like how the boys add a confident touch to their music, which makes it fun and exciting to listen to. 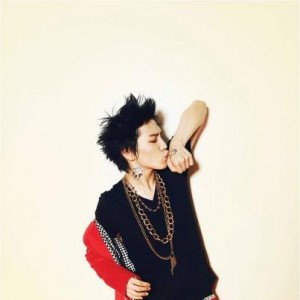 It would be amazing if TS Entertainment let B.A.P promote some of the other tracks (not just the loud, unruly-sounding song) off of their minis and albums, because many fans miss out on some amazing music when they decide to forgo the rest of the tracklist. To many people, B.A.P must come off as a group who only knows how to produce music that sounds the same across the board, but there are soulful ballads and energetic funk songs included in their repertoire as well. The third track on No Mercy, “Voice Mail” (literally translated from Korean), begins with a heartfelt rap by Bang and flows smoothly into a sad ballad that shows off the skills of the vocalists in the group. I was glad to see the boys do something a little different — I’ve always really enjoyed their ballads and wished to see more of them after hearing “It’s All Lies” off of Power. The beat in the background was also catchy without being overwhelming, which made “Voice Mail” all that more pleasurable to listen to. 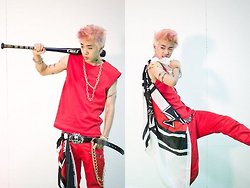 B.A.P whipped out their fun side for the fourth track, “Dancing in the Rain,” which is an somewhat electro-pop song well-suited for being played by DJs at dance parties. Even though I tend to find electro-pop songs by K-pop groups overdone and lackluster most of the time, I actually really enjoyed “Dancing in the Rain” because B.A.P doesn’t do as many “party” tracks as some of the other boy groups trying to find their style of K-pop. It was a nice, upbeat change from the previous ballad and made me feel like dancing around my room. 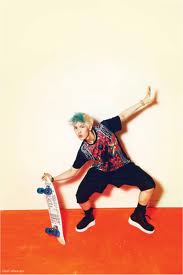 The boys wrapped up No Mercy with another ballad titled “What My Heart Tells Me to Do.” It was much more acoustic than “Voice Mail,” complete with acoustic guitar, strings, and keyboard in the background and could have been used for the official soundtrack of any Korean drama out there (I could see a drama character walking home sadly to this song). The rapping part in “What My Heart Tells Me to Do” was also much slower than in the previous tracks, which was an interesting change because Zelo specializes in high-speed raps. With this song in their discography, maybe B.A.P will be recording songs for our favorite K-dramas in the near future. It would also be cool to see them perform this live (and hopefully in clothes that aren’t jumpsuits and baggy overalls), because it would be such a 180 from their hip swivels and fist shaking dance moves they’ve been bringing to the stage lately.

Although I still hope that TS Entertainment would stop overexposing my favorite rookies of this year so far (and give them some well-deserved rest), I have to admit that No Mercy was one of the more enjoyable mini-albums I’ve heard this year. Even though B.A.P hasn’t quite developed their own signature style yet, they have a bright future in the K-pop world at this pace they’re going at. There’s no denying that all six of the boys are talented from the songs that they’ve come out with so far. It’s also great to see that they have versatility from the different styles displayed in No Mercy. While I’m sure that we’ll see more material from the boys in just a few months in the fall (and more baggy jumpsuits as well), there’s no doubt that B.A.P hasn’t lost their spark yet.