Why Wheesung and Seungwoo Should Catch the Flu Together

Choi Gap-won plans the release of his first album called The Lyrics, a project that includes various artists he had previously worked with. The first song to come out featured Seungwoo from SoulstaR, a group known for his fondness of R’n’B, and Wheesung, who is not a stranger either to this musical style. The latter offered his help when he heard about SoulstaR’s comeback. He penned and produced the rap part. The production of the song began before his military enlistment. The material acquired his final shape in the hands of Choi Gap-won and the result was this ballad:

The song starts with a sweet and soft piano line, still cold at the same time, which hints at the main feeling of nostalgia. The fragile voice of a daydreaming Seungwoo opens the song. Its insecurity fades with the dramatic effect of the melodic line, only to give in to the rap part. The regretful Wheesung begins with a deep sigh, delivering his lines while further clarifying the story, preceding the chorus. The second part of the song is much like the first, presenting a harmony between Seungwoo’s soulful vocals and Wheesung’s expressive rapping.

What really is noteworthy, though, is the climax of the song. After the second chorus, the background track gets stronger and racier, with the inner fatigue of Seungwoo reaching its boiling point and exploding with a high note. A calmer moment follows, succeeded by a faster and angrier Wheesung. At the end of this bridge, he slows down, finishing sluggishly with: 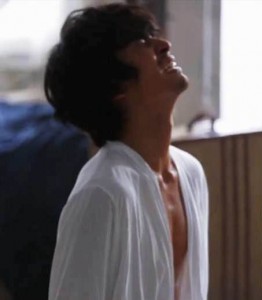 I think you forgetting me will come first.

This break isn’t there just because every song needs a bridge; the track builds up to it. Naturally follows the course of the song, it adds up to the emotional (im)balance already established. The track was thoughtfully produced and composed. It carefully takes the listener on a short journey into the backstage of a failed love relationship. The voices couldn’t have been picked better. Both SoulstaR’s and Wheesung’s careers are proof of a rich emotional ambit and do I need to stress that this is an overwhelming R’n’B ballad?

The boys kept it simple with the MV, while being sophisticated in its own way. As far as the story goes, we have the SoulstaR’s member, locked in a room, lost in his train of thoughts. He counts the days that pass until her return and the main thing he does is draw tally marks with his infinite supply of charcoal. The actions lack vigor and energy. Absent-minded, he lies on his bed; he purposely roams around or even destroys books with his drawings. The only vivacious moment of the music video is the climax, when he thinks he sensed her. At that point, there is a break as the protagonist turns to see if it’s really that woman. But disappointingly, she never came back and his exhaustion makes him collapse and kneel on the floor, shouting at the top of his lungs. The video ends with Seungwoo drawing lines on his skin.

As you might have noticed, the main recurring motive consists in tally marks, a reference to his endless and vigilant waiting. Various symbols and objects send to the idea of time or more specifically, to its ambiguity. The stripped paint, the gas lamp and the old radio contrast with newer pieces of furniture or the electric desk lamp. The room is outside of any temporal sphere. Everything is stuck in an undefined moment. The temporal inertia opposes Seungwoo’s efforts to continue his countdown, the disparity between the two of them initiating the heartbreaking conflict.

The man insists that she’ll eventually reappear while ignoring his inner self’s immobility. The languor monopolizes the lonely lover. He does nothing but wait. The dullness and lethargy represent the current state of convalescence Seungwoo is drowning in. The tree, emblem of ascension and life fulfillment, is covered by papers with the predictable vertical lines. One loosely hanged picture frame is empty, the wood 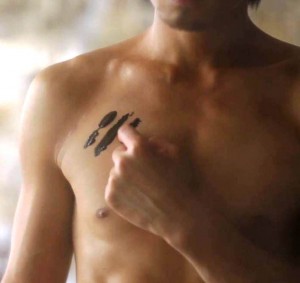 rotten: the apartment remained the same after her departure. Nothing moves forward. The guy loves the girl to the point where he silences his sense of identity and self-preservation. The ending proves it incredibly well: after filling the room, his vital space, with black lines, he is now drawing them on his skin — his waiting begins defining his individuality and taking over it.

However, I didn’t understand what role the girl played. At first, I thought they preferred the overused ghost scenario: she was dead and wanted to haunt him. But she didn’t interact with her ex-boyfriend as it commonly happens in these cases. Then, I thought maybe he was doing the same activities she did to reenact her presence. Another contradicted theory, since the girl opens the book and sees the tally marks, which shouldn’t have been there in the first place. Another possibility is that she cared for him and came when she heard he was sick (as the lyrics tell us); he confesses his struggle, but she gets lost again, so he keeps emotionally torturing himself. Unresolved mystery, where’s Shinee when you need them? On a side note, I like the fact that her face stays unseen, designating an identity problem.

Also a minus is a particular clumsiness in the making of the video. The beginning and the ending are impressive, but for the rest, it’s like they didn’t know how to execute it. Halfway through, it awkwardly creates some scenes that were good, but felt weird. It was fragmented into mini-episodes and the creation of some of them was unskillfully done. They didn’t know what to do with all those great ideas and tried to take a few of this and some of that. The lyrics’ imagery could have better fuelled their imagination.

And if we’re talking about lyrics, I have to say, this is the biggest advantage of the release. When I first watched the video, I didn’t feel connected to it. When I learnt about the lyrics though, my opinion suffered a quick 180ᴼ turn. The songwriting is essentially simple, creative and expressive. The first lines were good enough to catch my attention. By the time Wheesung got to the middle of his rap, my eyes were glued to the screen. And then, when I heard this:

Wherever I go, whatever I do

I even breathe softly

Because I might miss your voice if you call me

My hidden, inner K-drama fan squealed, jumped off her seat and gave it a standing ovation. The wording and the delivery blew me away. The message is not an elaborated life philosophy or anything like that, but it is so well highlighted. To keep things short, Seungwoo is missing his beloved one that ended things with him and most likely moved on. He wonders if he should pretend he is sick and awake her nurturing side so that she comes to him out of pity. He regrets taking her for granted, not even thinking of an imminent break-up:

The words of love you wrote in my heart,

I read them as a sense of security

He analyzes all his options: talking to her as if nothing happened, going to her house and then finally catching the flu. But on his way to the best solution, he realizes he is powerless and can’t do anything but cry. He becomes a reflection of their love and implicitly of her. His impatience and request for a rebound characterize his actions to the point where it begins to characterize himself too: 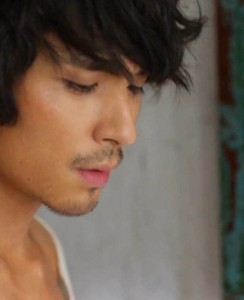 The habit of opening the door and falling asleep

The habit that your voice gave me, of making separation into the words, “hello/goodbye”

The repetition suggests the routine, the nearly ritualistic actions settling themselves as sediments; while coping with the grief and despair, the protagonist is indecisive, caught between the rational and natural urge to let go and the dependence of the girl’s presence. When the song ends, the ‘alone’ in ‘I love you alone’ is muttered, his denial being an indicator of this conflict.

Will going crazy over waiting for you come first?

Or will waiting while being crazy come first?

I think you forgetting me will come first

Besides the penning, the cinematography also complements the video. The lightning and the fan create the illusion of a breezy day and the green-greyish chromatic induces a sense of coldness. The broad daylight doesn’t allow the viewers to glance outside the window, trapping them in the same space with Seungwoo. The shots match the lassitude of the track. It slowly shifts from one to another, matching the cascade of notes which accompanies it. The shadows the curtains make, giving the impression that there’s somebody else in the room, makes the watcher a partaker to Seungwoo’s paranoia and perpetual waiting.

I loved the artists and the video, and despite some mishaps, my final rating is 4.8/5. It featured great visuals, a simple plot and its lyrical content worked like a charm to me. What is your opinion? What is your rating for their song?