One Album To Rule Them All: Jo Kwon's I'm Da One

Once upon a time there was a king from a kingdom 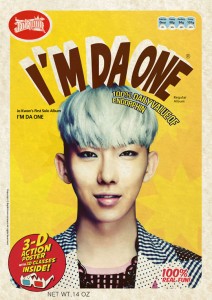 And so begins the tale of Jo Kwon, or at least his MV. It’s always a breath of fresh air to have a personality like Jo Kwon in K-Pop. Sure, K-pop has its male divas like Key or Heechul, to name a few, but the one that’s closest to my heart is Jo Kwon. He isn’t afraid to show his wild, crazy side and is able to do things that would be cringeworthy to see if done by almost anyone else. So you can assume the amount of glee that exuded out of me when I heard that Jo Kwon was releasing a solo album. Although all of the 2AM members have done their share of individual activities, this is the first time that one has had their own full-length album–sorry Jinwoon, four songs don’t count as a full-length album and with the success of the rest of 2AM’s previous solos, I was assured that Jo-kwon’s would not disappoint.

The album begins with “Awesome Girl” featuring rapper Yankee. The song is very reminscent of Cross Gene‘s style of music in Timeless: Begin, and sounds like it would be a staple at the club. Even though it has a lot of heavy synths and autotune, I feel that Jo Kwon’s light,yet strong, vocals aren’t buried underneath all of the production, making for a clearer sound. It can sound a little grating, but it manages to remain catchy and up-beat. The solid rapping from Yankee is an added bonus.

“Animal,” one of the two title tracks on I’m Da One, was advertised as the more darker, sensual counterpart to the lively and upbeat “I’m Da One.” Dark and sensual are not words I’d commonly associate with Jo Kwon–I couldn’t help but be surprised at how sexy Jo Kwon sounded in “Animal,” especially during the beginning. It follows the same club-like sound as “Awesome Girl” but with a lot more bass and sassiness. The rap break left a little to be desired and didn’t really fit the flow of the song, but it didn’t take anything away from it either.

“I’m Da One” is the single one would expect from Jo Kwon, even if he did say he was going to abandon kkab Kwon for this album. It’s not too wild, but it’s extremely catchy and full of quirky whistling with a lot of fun hooks. The song is fun to listen to and watch as Jo Kwon performs. He’s positively glowing in his MV and debut stage. the MV is a perfect fit for the song, which is a tale about Jo Kwon being a king who just wanted to dance and party hard with his subjects. But after he is overthroned through a coup d’etat by his corrupt, anti-fun palace workers, it’s up to Jo Kwon to take back his throne with his magical singing and dancing powers. Although it did at times remind me of a CF, especially during the dance party sequence at the end, but it was still a romp of an MV. Regardless of being laughably random, from its Coca-Cola version of Mr. Potatohead to Jo Kwon’s flying skills, the MV was extremely well-shot andwhile  the choreography was simplistic, it makes Jo Kwon and his troupe look like they were having a blast. 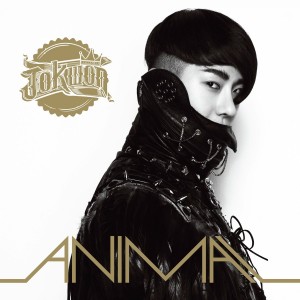 After the first three tracks, the gems start rolling in with “Lipstick,” “Who’s Loving You Now,” and “Wingardium Leviosa.” As much as I enjoyed both “Animal” and “I’m Da One,” a stage for any of these aforementioned singles would be much appreciated. “Lipstick” has a nice rebellious feel to it with  a lot of sassy hooks and tons of musical flair, while “Who’s Loving You Now” shows off Jo Kwon’s soaring vocals, and “Wingardium Leviosa” follows up with another sasstastic track with a lot of electronica executed very well. I could never have imagined that the spell “Wingardium Levi-O-sa” would end up being such a catchy hook. The haunting female voice as backtrack was a nice touch and I wonder if it belongs to another member of GLAM, Big Hit‘s highly anticipated girl group. Speaking of GLAM, one of its members, Miso, is featured in this album, singing “Heaven” with Jo Kwon and her voice is absolutely gorgeous. The track itself is a very nice pop-ballad and is the slowest song on the album, next to “Just A Kiss.” It has an 1980s vibe, especially with the background music. Autotune is a cumbersome tool that’s plagued pop music since the mid-2000s, but in I’m Da One it’s used for stylistic purposes and doesn’t overshadow, nor take away from, Jo Kwon’s voice. It’s isn’t overbearing and harsh on the ears, it has a clean sound and actually manages to make the hooks sound a lot catchier.

The album then takes a turn in “Something ‘Bout You.” It has the same sexy undertones as “Animal,” but sounds a lot more like a throwback to the pop of the ’90s, with a lot of rock flavours. 2AM’s self-proclaimed rocker, Jinwoon, is featured in this song and his voice fits well with the rock aspects of the song. It’s different in comparision to other autotune-heavy songs and is definitely a gem among gems in the album. It feels like there was a lot of sampling done from old Western pop-rock sounds, especially in the beginning. It’s a perfect song for someone wanting a break from pop of today and ready for some nostalgia for the good ol’ days.

The final track on the album is a ballad called “Just A Kiss.” It is sung in English and was said to be a love note to his international fans. Jo Kwon’s pronunciation is fine, 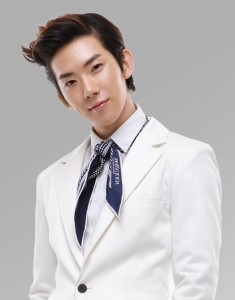 except in some parts like the chorus, but the ballad itself seems a little out of place on the album. I know that 2AM and Jo-kwon are known for their ballads, and Jo-kwon has a wonderful voice, but it was a random fit in an album that was so pop-heavy until the last track. It sounds nice, but isn’t really attention-grabbing or interesting stylistically. It’s just a simple ballad with a piano–sweet, but nothing special.

Overall, I give this album a 4.5/5.  This album met and surpassed my expectations. It’s pure pop, but manages to use many different styles and sub-genres within pop to make each song distinct and able to stand on its own. Some songs are better than others, but each track has a different feel and sound, which makes the album an absolutely fun listen. I honestly think that there’s a song for everyone who likes a specific side to Jo Kwon on this album and it truly showcases Jo Kwon’s versatility as a singer and performer. It’s amazing how far JYP’s longest-serving trainee has come. His promotions, especially for “Animal,” are sure to be a treat to watch.

Gems: “Heaven,” “Lipstick,” “Wingardium Leviosa” and “Something ‘Bout You”