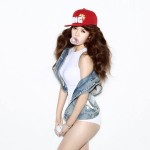 Anybody who has been a fan of K-pop over the years has most likely noticed that its popularity is definitely on the increase.  And with this ever increasing popularity has come a whole new demographic of fans to entertain. People from different races, ages and backgrounds have newly acquired positions in fandoms that were at one point almost completely confined within the borders of Korea.

With this new found fame has come both positive and negative attention to K-pop and East Asian people in general. For instance there has been an increase of advertisements including and targeting Asian people in western media. This is not to say this is the doing of the K-pop wave exclusively, but a combination of many factors that has been working themselves out to change stereotypes of Asians in the west and the world over.

What this commercial showcases is progression in the portrayal of Asians. On the surface it may seem like a regular comical car commercial, but in actually it is showing much more than that. It is showing the 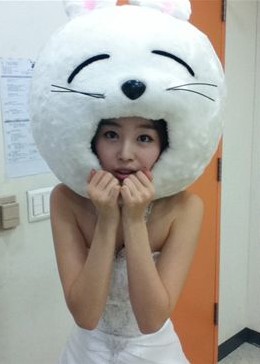 couple as a regular American couple without the faked or forced engrish acting that is associated with a lot of Asians. It also shows the couple has retained their Asian culture and at the same time are still every bit American.

When it comes to stereotypes, they’ve all been heard before. Asian people are smart, short, asexual, etc. But exposure to K-pop has begun to change many people’s views. Though many of these stereotypes will take time to disappear, K-pop is helping to speed up the process. The increasing (sometimes exaggerated) heights of celebs are doing a lot to shed the short people belief and idols like MBLAQ’S Joon or Secret’s Sunhwa have played parts in showing Asians as “regular” people. All the different personalities in the industry such as the 4D personalities, the airheads, the geniuses, etc. have shown that these idols are just like anyone else.

Even the portrayal of Asian stereotypes in film is immensely skewed. As long as Hollywood has produced movies, (for the most part specifically) Asian men have played the weak, effeminate, uncool, nerdy, timid, or socially awkward character, but K-pop continues to debunk this. With idols showing their more “beastly” and confident sides, their images are beginning to get an upgrade.

Recently ABC Nightline covered a story in which it showed Asian men hoping to break their stereotypes and venture out into previously untapped waters, but the methods that were being used were irksome, as was the portrayal of these men in the video. It shouldn’t come to a point where people are placed under a microscope and observed as if they are another species. The thing is stereotypes like these seem to only be broken after special circumstances or events occur, and when they are broken, many times people’s feelings begin to manifest into a fetish.

While K-pop celebs and other Asian figures such as Jeremy Lin are breaking stereotypes, people (particularly fans) are creating new ones in their minds. K-pop is somewhat encouraging it though; because of a lot of the falsity that goes into K-pop such as the staged personalities and the created “perfect image” of stars, people have built up false hope in acquiring such fantasies. Because of this mixing of fantasy with reality, many are beginning to fetishize K-pop and the people in it. 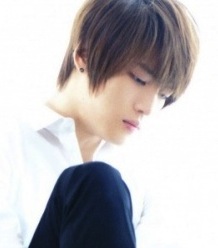 Though girl groups in K-pop tend to be the most accepted, the people who are benefiting the most from K-pop’s rising popularity are the guys. At the same time, it has become a double edged sword. It bothers me to think that Asian men are only getting recognition after appearing in the spotlight. Where was the admiration before the fame, glitz and glamour? Jeremy Lin has been playing in the NBA well before he ever stepped foot into his New York Knicks jersey. Why did the admiration beyond his playing skills only come now? Why are girls only now professing their love for him? And just like the Jeremy Lin case, where was all this admiration for both Korean guys and girls before the K-pop boom?

I can’t even begin to count the amount of times I’ve heard fangirls and fanboys say how much they want to have a Korean boyfriend or girlfriend now that they’re into K-pop. They’ve built up this mindset that Korean people are what they see in dramas, movies and music videos and their life would be complete if they could have a piece of the action. Too bad this is often far from reality, and the grass is not always greener on the other side. It’s okay to enjoy and respect a culture but it’s another thing when that culture and its people becomes a trophy to fantasize about.