Primary's Got a Message 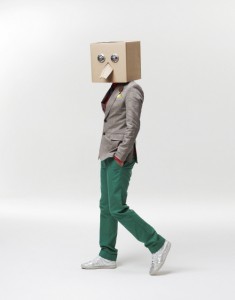 Primary hides under a box with two grilles and a beak. One of Korea’s top hip hop producers, Primary has worked with artists such as his labelmates in Amoeba Culture, Supreme Team and Dynamic Duo, as well as other artists as Leesang, Yankie and Paloalto. Besides producing and DJing, Primary has promoted as a part of the duo Primary Score and as a solo artist.

Primary and the Messengers, the first album released on April last year, included three songs. “Kaleidoscope”, featuring Supreme Team, Yanki and Mellow, had some Latin sounds, and I can’t help but link it with Clover‘s “La Vida Loca”, which came around the same time. “Happy Ending” stands out thanks to the always pleasant presence of Mad Soul Child‘s Jin-shil as well as Leesang’s Gary and the third song in the album is the one closest to pure hip hop, featuring legendary hip hop duo Garion.

The second and the third part, although released separately, hold a close relationship (they were also both released in April) and are quite different from Primary’s previous solo album. Let’s take a closer look at the four songs included in the two albums.

Meet (feat. Zion.T)
“Meet” features Zion.T and makes clear why he’s considered the hottest newbie in Korea’s hip hop scene. Primary drops the Latin to adopt an American funky style, and Zion.T’s voice fits just perfectly. He also stays away from the electronic sounds that have been taking over the Korean music industry lately and returns to the band sound, and although technically there’s nothing new about the song itself, it sounds fantastic. The production is flawless, and seriously, who the hell is Zion.T and why hadn’t I heard of him before? There’s not much going on in the MV aside from a hot girl walking and dancing around while the band plays, but the photography is really nice and the MV feels lively and light-hearted. Plus Primary with a box in the head playing the keyboard. Nice.

Far (feat. Beenzino)
With “Far”, Primary returns to a traditional hip hop style. For anyone familiar with Korean hip hop, I’m sure the name of Beenzino won’t sound alien: he has been everywhere lately, winning the “Feature of the Year” in the last Hiphopplaya awards. He practically carries the whole song, both singing and rapping, and does so really well. I can see why he is such a valued feature. Although this song is really different from the previous one, Primary keeps the jazzy keyboards, which somehow work as a connecting thread between them.

See Through (feat. Gaeko, Zion.T)
This song feels like the natural evolution of “Meet”: louder, livelier, and funkier. Besides, in this song Dynamic Duo’s Gaeko joins the aforementioned Zion.T and the mix is just fantastic. Gaeko’s and Zion.T voices and styles work great together, and in case I didn’t mention it before (enough), I’m totally digging Zion.T. His voice is fantastic and he’s got swag, and definitely doesn’t sound like he’s 23 with such a refined and mature singing (not saying you can’t be an amazing singer at a young age though, but he just sounds like a pro). There’s no really need to praise Gaeko because well, he’s half of Dynamic Duo, nothing bad can come out of there. The MV, just like the song, is funkier and funnier, and the imagery moves between the 80s and a Lichtestein-esque style. The best part in the MV is undoubtedly Primary’s dancing; one word: hilarious.

Overall, I’m enjoying these last two albums much more that the first one. Primary seems to have found his place in the funky sounds, and although musically there’s not much novelty, it is a breath of fresh air in the Korean hip hop scene. “Meet” and “See Through” outshine the other two songs, which sound a little plain comparatively, but the production in all of them is flawless, and the instrumentation fantastic – can’t help but love the keyboard in all the single songs.

I really hope we don’t have to wait another year for a new solo release from Primary, and that this collaboration with Zion.T becomes a habit.