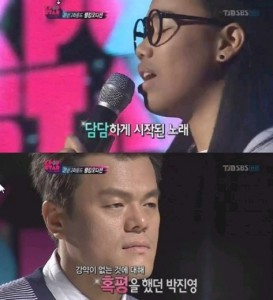 The subject of racism in the South Korean entertainment industry once again became a hot topic earlier last month, with Lee Michelle’s elimination from the K-pop Star competition. The matter would have probably passed unobserved if it hadn’t been for JYP, who more or less subtly blamed the audience’s racism for her being voted out, and for Michelle’s inability to express her feelings wholeheartedly. Outside the K-pop sphere, Jasmine Lee, a Filipino-Korean, won a seat in the South Korea’s National Assembly, being the first naturalized Korean to do so and drawing a worrying number of xenophobic remarks.

As an international fan talking to those like me, I don’t think it’s necessary to point out the numerous cases of intolerance one can encounter while taking an interest in Korean culture. However, if it is essential for them to understand our point of view and react to our criticism, it is imperative for us to understand them too. Regardless of one’s nationality, it is still hard to determine the causes of this particular issue. Discrimination is an unresolved and deep-rooted social problem with no frontiers. Europeans, Africans, Americans — they all deal with narrow-minded, preconceived notions. The question that came to mind, while reading about racist slurs or Lee Michelle, is how Koreans, being an almost homogeneous society, can acquire stereotypes about its barely existent minorities?

Stereotypes don’t appear only by making hasty generalizations, even more when the country in discussion doesn’t possess very diverse demographics. In this case, they might be a result of in-born inflexibility and foreign prejudices. The difficulty appears when it comes to drawing the line between what is internal and what is outside influence in Korean racism. 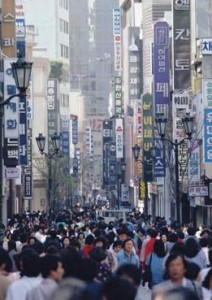 Most likely, history and politics represent the main agents, providing a favorable context for a bigoted mindset to develop. During the two centuries before the end of the Joseon Dynasty, Korea was politically isolated and refused to maintain foreign relations unless out of strict necessity. The next century, they were colonized by the Japanese, were involved in the World War II, saw the end of the Japanese rule, survived the Korean War and the Cold War, and amidst the succeeding regimes, they managed to resist Park Chung-hee’s military dictatorship and Chun Doo-hwan’s authoritarian leadership. The political turmoil ended around 1988, which is not that long ago.

Restrictive regimes limiting outside influences and encouraging infringement of rights and freedoms are a block in the evolution of mentality. It is one of the factors that lead ex-communist countries to develop slower than the rest and keep traces of a conservative way of thinking. Censorship (MOGEF or the Internet regulations) remains as a proof that the country is still affected by its past. In this case, it is understandable for the Korean populace to have a harder time adapting to a new setting. Homophobia, racism, xenophobia or misogyny find a better playground on historically tormented states.

The political instability and the authoritarian rulings discouraged migrations towards South Korea. This is one of the contributing factors to its unvarying society. The lack of cultural diversity is an argument quickly tossed aside when talking about discrimination, which is unfair. The reason why people come to accept all sorts of ethnicities is because they are constantly exposed to them. The immigrants’ proportion in Korea is estimated at about 2%, most of them not registered as Korean citizens. The hosts’ offensive behavior can be associated with their awkwardness in approaching them. Taeyeon’s remark — stating that Alicia Keys is beautiful for a black woman — hints at a separation that she made of the black people from the rest of the world, and as if she believed black persons have distinct attributes and can not be described by the same terms used in portraying the others. Furthermore, the insufficiency of contact with people of a different descent is probably a cause for their unawareness of how harmful their actions can get. They seem to be clueless in perceiving their feelings and some of their insolence is based on curiosity and fear of what they are not accustomed with.

Moreover, the dispute over its territory and the Japanese colonization has put Korea in the difficult spot of protecting its culture. This resulted in the “pure blood” theory, where students are taught Koreans share a distinct and superior bloodline. In the above-mentioned framework, it can pass as a legitimate attempt to defend their heritage. Its downside consists of the development of chauvinistic feelings. Classism might play a fundamental role as well, tanned skin being correlated in the past with the poor working-class, while the rich ones were resting indoors. 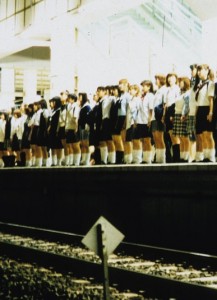 This brings me to my next point. Asian societies that have been largely influenced by Confucianism have a stronger sense of adherence to the community, while the Western world is generally based on individualism. With even language patterns showing an egocentric thinking system (capital letter for the pronoun “I”), these cultures value more their citizens’ integration within its structures. (If anyone is familiar with Suicide Club, the movie deals with the problem of identity in a collectivist society.) They place a higher importance on family and their fixation on image — also to be found in the entertainment industry — is additional evidence to support the argument. Having an appearance or customs that stray away from the norm will be instinctively perceived as a fault.

Taking these societal elements into consideration, there is still one missing puzzle piece. Stereotypes. Where do they come from? There are differences between the ways South Korea treats its foreigners. Southeast Asians, especially labor workers, have it a lot tougher than the others, being subjected to abuse and contempt, mostly because their countries are viewed as economically inferior. Due to political tension, history and a bigger number of immigrants, Chinese aren’t very well-considered either. But the above-mentioned prejudices are formed due to the nation’s interaction with other ethnicities, leaving Korean racism towards black people unexplained.

In short, if the context is “home-made,” mass-media and globalization give a hand when it comes to stereotypes. Intercultural dialogue, unfortunately, eases the proliferation of less than stellar aspects of one’s culture. Northern America and Europe are still battling racism and their portrayals of ethnicities aren’t always the best. There are often unjustified xenophobic or racist jokes in sitcoms and movies that aren’t counterbalanced by a less ignorant opinion, normalizing this type of behavior. Or, from a different area, Sarkozy’s presidential campaign rarely had anything “politically correct” to it. And these prejudices go around the world. Mass-media has a dual role, acting as reflector and perpetrator. It showcases a mindset, promoting it at the same time. Consumers consciously receive only 5% of the given information, the rest going to our subconscious and modeling our beliefs. Let’s say that a spectator learns black persons are all violent; they may see on their way to work black people that seem nice, helping senior citizens and playing with kids. But the minute they will see a single black person being aggressive, the stereotype is most likely to be accepted by the spectator in question. Or take a look at Yuri‘s infamous impersonation of a black person:


Was Yuri familiar with black men or women acting like this? Is the black community in South Korea accused of high delinquency rates? If not — which is the most probable answer — then why would she pick this specific attitude while referring to a black person? Why are the others so approving of it, as if they know exactly what black people are supposed to act? Possibly because the Western entertainment industry spreads this stereotype so often. 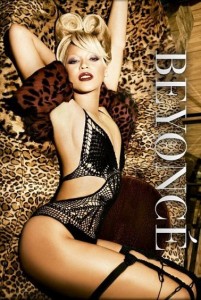 Even the concept of “ideal woman” has got some racism to it since it is usually a fair-skinned girl. Beyoncé‘s whitewashing came under fire when the singer resembled a white girl in a promotional picture. Also, white models were requested in 84% of the 2010 fall fashion shows. The message that’s being sent to the whole world is that dark skin is ugly and white skin is to be desired, having an impact on how the other countries perceive non-white people. The ideas circulate and are being inserted into each culture. Then, the cycle starts again. The public displays of intolerance in the Korean entertainment (i.e. blackface) not only reflect existing ideas, but they disperse them to a wider public. This is the reason why skin-whitening products enjoy popularity in Asian countries. Also, dark-skinned people in South Korea have a harder time finding a place to live, with landlords favoring Caucasians or Asians.

But while we’re at it, the reactions televised racism receives in most cases is a critique of its public character, and not of its mindset. The netizens claim that South Korea should be more careful to what they show to the world since the international fandom doesn’t tolerate overt discrimination. What is flawed with this statement is its focus on the appearance rather than on the content. Nobody needs disguised contempt, that is hardly the point. They need to be educated to accept people of a different nationality, race, aspect etc, not to learn how to better hide it.

It is not to be said that someone carries the blame. Neither the Koreans, nor the Westerners are at fault for this problem. All they can do is try to battle racism, which could be a critique addressed to the Korean society, still not having much legal support to combat this specific matter. There is though proof that they can change. Jasmine Lee’s position, despite the negative comments, can be seen as a sign of improvement. The number of English teachers in South Korea is increasing. And after all, not all the Koreans are narrow-minded. There are a great deal of citizens advocating in favor of respect and acceptance of others. Identifying the issues, its causes and its possible solutions is a necessary process in contemporary South Korea. 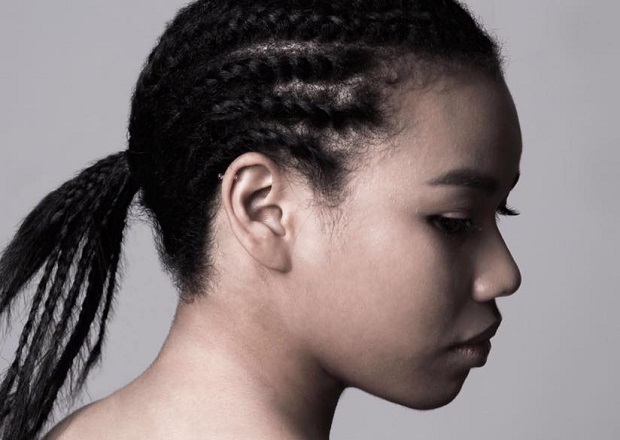