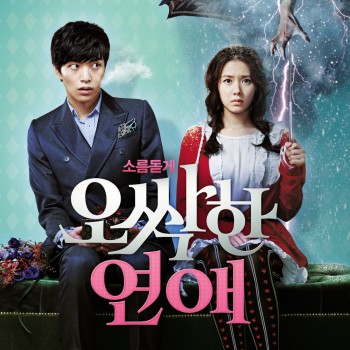 It can be a very bad idea to judge a book by its cover. Prior to watching Chilling Romance the only knowledge I had of the film came from the promotional posters. The movie looked like a fun and interesting take on the rom-com genre with a cool ghostly twist. Over the past ten years or so some really great rom-com genre films have been released in South Korea, some have been very well made, and some have turned the genre on its head. Other films, sadly like this one, add nothing new to the genre and disappoint.

The movie stars Son Ye-Jin (who is no stranger to romantic films and TV shows) as Yeo-Ri. Yeo-Ri is a troubled woman who nearly died when she was a teenager, and since then has received the ability to see dead people. There are a few scenes that are reminiscent of The Sixth Sense where ghosts appear to Yeo-Ri to find some final absolution so they can finally enter into their eternal peace. This aspect of the movie was the most interesting to me, but sadly it’s not as developed and explored as I would have liked. At a point toward the beginning of the film Yeo-Ri meets a struggling magician, Jo-Goo (played by Lee Min-ki). She inspires him to create a horror themed magic show, and then joins as an assistant. Time passes, and Jo-Goo’s popularity grows, and we even see that he now has a model girlfriend and life is going well for him, but Yeo-Ri seems to get stranger and more introverted as the years go on. Jo-Goo tries to get Yeo-Ri to join a group gathering at which Yeo-Ri gets extremely drunk and needs to be taken home by Jo-Goo. While Jo-Goo is at Yeo-Ri’s house he sees a ghost himself, and the ghost even attaches itself to him. Jo-Goo reaches out to Yeo-Ri to help rid him of the ghost, and this event causes a relationship to form that ends up blossoming into love. 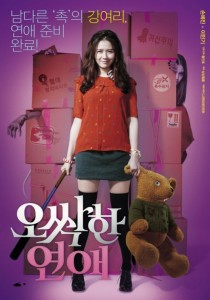 The movie does have some parts that I found enjoyable. Firstly, given the material, Ye-Jin does a good job. She’s a good actress and does well with the genre. There is a minimal amount of special effects in the film, and though the movie doesn’t seem to be a very high budget film the special effects look clean. There’s also an interesting meta plot to the movie where Jo-Goo is a fan of romantic comedies, and Yeo-Ri is a fan of horror films. There are several conversations that happen during the course of the film where Yeo-Ri talks to her friend about how she feels she’s inside of a romantic comedy, but doesn’t know what to do since she doesn’t like the genre. It’s a little heavy handed, but perhaps if they pushed it further it would have made the film worthwhile.

While on the topic, Yeo-Ri’s two friends are fun to watch, and are always entertaining while on screen. Lastly, as I mentioned earlier in the review, I enjoyed the aspect of Yeo-Ri trying to help the dead people she sees. It’s a pretty cool concept (though not original) and would have added a lot to the story.

In terms of the failures of the film, I’ll start with one of the most basic aspects: the rules are never clearly defined. We know that Yeo-Ri is able to see dead people because she came close to death herself, and that makes sense in film fiction. The problem creeps in that people around her are able to see the dead people as well. It’s never really explained why this is possible. Is Yeo-Ri acting as some conduit for these dead people? Also if she can see dead people, why is it that long stretches of the movie pass without seeing any dead people. If I remember correctly we see maybe three or four dead characters through the whole movie, it would have been much more entertaining if it were expanded. The dead characters all end up fitting into the “The Ring Girl” model (long black hair drooping in front of face) and “The Grudge Boy” model (young scary boy), it would have been fun to see something outside of the typical Asian ghost films styles. 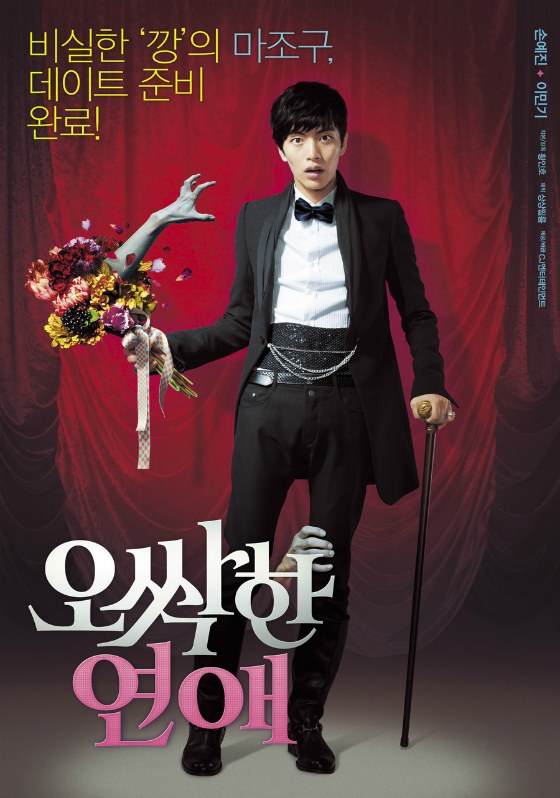 The next major problem of the story is the romance itself. It’s not developed in a way that feels natural, so it ends up feeling rushed. I wasn’t drawn into their relationship; I wasn’t rooting for them to make it together. Perhaps part of this is due to the uninteresting performance provided by Lee Min-ki, perhaps it’s just due to the boring storyline. For a romantic film about ghosts, the movie spends more than half of it with just the two of them doing boring things together.

This brings me to my next point, I am completely sick and tired of the “girl getting so drunk that she probably should have died from alcohol poisoning” scene that is in 90% of Korean rom-coms. It worked in My Sassy Girl, it most likely worked in a few other places, it doesn’t work here, and just seems so completely stupid and off putting. I can try to understand that the character has bottled herself up so much that the only way she can loosen up is to drink to the point where she should be admitted to a hospital, but it’s just so annoying that I just don’t want to see it anymore ever again.

First time director, Hwang In-Ho, does a decent enough job behind the camera so that the style of the film is good, I can’t fault him on that; however since he is also the writer I can fault him for the substance of the film itself.

Sometimes we are told not to judge a book by its cover because though it may not look appealing at first under its surface is something special, something unique, and something worth looking deeper into even if it’s off putting at first blush. Chilling Romance suffers from the opposite. Reading a high level summary may make the film look like an interesting twist on the genre, looking at the posters makes the film look like it could be a lot of fun to watch. The movie’s number one problem is that it introduces this interesting ghost concept, and then largely throws it on the back burner, and only pulls it out to nudge aspects of the movie along. It should have been tightly wound into the movie. It should have been the focus. This could have been a classic film, it just ends up being a horror romantic comedy that isn’t funny, has a thin and uninteresting romance, and in the end is just plain “horrible.”