Saving "Save the Green Planet"

Save The Green Planet is a special gem. It’s one of those truly genre defying films where your expectations get turned on its head. Once you feel you understand the message the film is trying to convey, things suddenly shift. At the time of its release in Korea the film was misunderstood and mostly rejected, although it found a minor following among Korean movie fans (as the film came out around the period of the early 2000’s when Korean cinema’s hype was really strong) and as time goes by it seems mostly lost or forgotten. 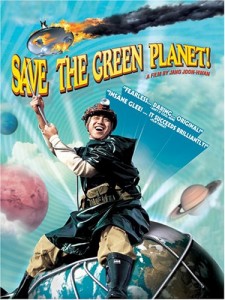 Save the Green Planet tells the story of Byeong-gu (played by the fantastic Shin Ha-kyun), who with the help of his girlfriend Su-ni is trying to save the planet Earth from a possible alien attack. Byeong-gu is convinced that his former boss, Man-shik (played by Baek Yoon-sik) is an alien leader, and must do everything he can to restrict the alien from communicating with the rest of the aliens before the upcoming eclipse at which time the Earth will be destroyed. Between Byeong-gu’s various alien research he visits his comatose mother in the hospital, but having just lost his job is having a hard time making the hospital payments. In contrast to Byeong-gu we also follow a group of police officers who are trying to figure out who abducted Man-shik.

I had mentioned previously that the movie is genre defying, and I was not kidding with that statement. The film is part cop film, part comedy, part action, part romance, part science fiction, and some parts are genuinely frightening.

The film is also notorious for having bombed at the box office in South Korea. Part of the problem was clearly that the studio did not know how to market this film mashup, and actually tried to sell the movie as a rom-com (which this movie is very clearly not). It’s clear that Byeong-gu and Su-ni care a lot for each other, but the “romantic” aspect is for the most part minor. Su-ni spends most of her time on screen practicing her tight-rope walking performance and trying to support her boyfriend (whom she refers to as “oh-pah,” which implies that she not only loves him, but looks up to him as well). Byeong-gu is a much more complex character. We learn that he comes from a very troubled background, and the movie spends a lot of time going back and forth, making you wonder and consider if his alien claims are true or delusional; it’s a question that you’ll struggle with for the length of the movie. In his heart though it’s clear that he adores and cares for his mother, but feels hopeless to do anything. His research pushes him forward because he believes the aliens are tied to his mother’s condition, and the viewer’s heart breaks as we seem his grasping at any chance of making sense of his mother’s state, even if it’s something that is completely insane and irrational

Save the Green Planet is far and away one of my favorite Korean films. Firstly, the manic nature of the film just bounces you all 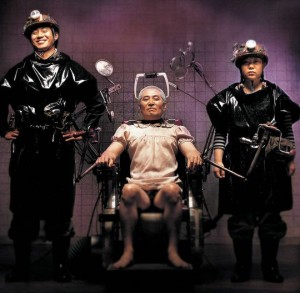 over, and with the wide variety of styles the movie blends together it’s very easy to be “in the mood” to watch it. Secondly, the film actually has a challenging theme and message. For a film that starts with a goofy punk rock rendition of “Somewhere Over the Rainbow” for its opening credits you may find it hard to believe that things will progress in an extremely deep or complex way, but in the end, the film makes you consider the value of man, as well as the depravity of man. Topics like this can be tough to swallow (especially if you go in thinking you’re going to see a Rom-Com). It’s a great shame that writer/director Jan Jun-hwan hasn’t gone on to do much else. Perhaps it is due to the fact that this movie bombed the studios didn’t have faith to allow him to do anything else, or perhaps he didn’t have much else to say after pouring so much into this amazing movie; either way it’s a shame.

All the performances are very well done, and believable. It’s clear that Shin Ha-kyun steals the show (as he does in most of the movies he appears in) but every other performance is very strong and enjoyable. The style of the movie is fantastic.The movie knows when it needs to speed things up and knows how to slow things down so you can soak them in. The editing is really fantastic, it’s among the best edited Korean movies for certain.


I really hope that many others will seek this film out and watch it. If you can appreciate a movie that has no desire of sticking to a “cookie-cutter” style, this is a film you must watch. Many people praise Korean cinema for being unafraid to bend genres, but this is one that takes them, puts them into a blender and mixes them up completely. This film is Korean cinema at its best and strongest, but sadly, even for many people in Korea, perhaps a little too much to take in at once. 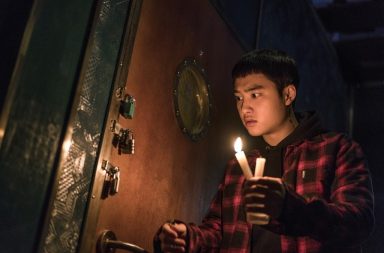 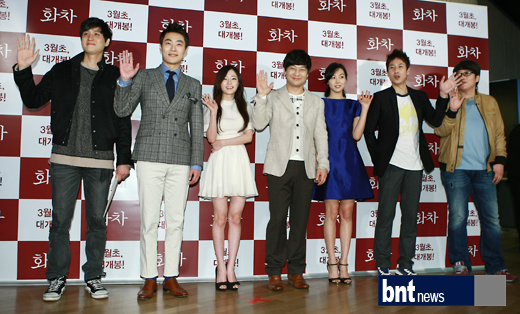