How to Succeed in K-pop: Boy Bands

K-pop is very formulaic. I know it, you know it — heck, even my great-aunt thrice removed on my mother’s side knows it. Though the concepts may be slightly different, the outfits may be a bit more bizarre on one group than the other, and they might be different looks-wise, most successful K-pop groups that we see in the market today all have several elements in common and if you have 5-7 Korean teenage boys laying around, just follow these steps and they too might be the next biggest thing. 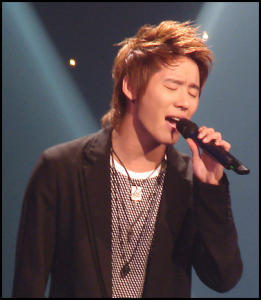 At minimum, you’ll need two strong vocalists. The larger the group the more you need of course, so you need at least 40% of the group to not sound horrendous. They generally carry about 70% of a song and using advanced mathematics algorithms, my calculations show that the singers will be fine carrying most of the song. Your group might have a couple extra vocalists who aren’t too bad but they’re not the angelic singers your main and/or lead vocalists are, so you delegate them to the sub-vocalist role where they get a couple lines here or there — maybe the bridge if they’re lucky. If you have members who can’t carry a tune to save their life you can delegate them to the rapper position or use auto-tune. 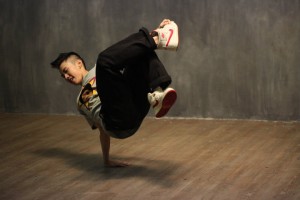 You need at least one really good dancer, one who can pop, lock, and drop their way into fangirls’ hearts. Though he may not be the vocalist or get that many lines in the group, he always usually gets a dance break to show his moves. Usually these dancers are well versed in hip-hop, b-boying, breakdancing, and some are even classically trained. Most importantly though, they must be totally comfortable with completely provocative dance moves that involve hip-thrusting or some variation thereof. Shirt ripping and displaying rock hard abs are part of the job description too.

This role is unique. While the other two require talent in order to be the lead, the talent of a lead rapper is optional in K-pop. His flow and rhythm doesn’t matter — throw in some random English words, swagger around on stage, and growl a little bit and you’re all set. Rap in K-pop is not of actual substance, most of the rap lines in songs put in there for the cool factor more-so than anything. Of course, if your rapper can actually you know, rap, then that’s always good too. 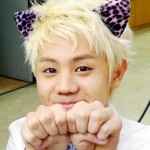 There is always a member who becomes the Aegyo-representative which means whenever he makes a public appearance,he pulls out the drawn out “Noooonnnaaaa” and “buing buing” until a fangirl dies from the overdose on cute. Usually the maknaes are the ones delegated to this job seeing as that youth is synonymous with all things adorable but sometimes that’s not always the case.  Traditional cutie maknaes include P.O. from Block B,  SHinee’s Taemin, and Shinhwa’s Andy among many others but sometimes your maknae may have a penchant for snark; some famous examples include Kyuhyun and Changmin in which case the Aegyo role can be designated to others who may not be young. For reference please see DBSK/JYJ’s Junsu or Super Junior’s Sungmin. 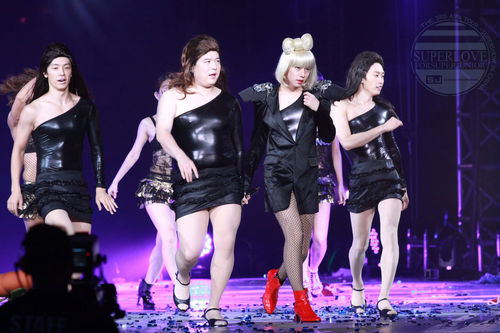 At some point in your K-pop career you will be wearing the clothes of the opposite gender and sashaying your hips to popular girl group songs. Some favorites to parody are SNSD’s “Gee”, Wonder Girl’s “Tell Me”, and basically any bubble-gum pop song. If you feel like this in anyway compromises your masculinity, it doesn’t. In fact, the fans will love you even more if you run around on stage in sparkly neon dresses singing in falsetto to a popular girl group song.  Don’t worry though; you’re not limited to the cutesy aegyo of K-pop you can even branch out into the crazy of Lady Gaga or even fierce dances of Beyoncé. 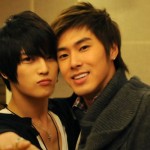 Yunjae, Eunhae, GTOP, Dooseob…the list goes on. They’re the Original True Pairing and determined by fate, destiny, and fangirls. They are yaoi pairings, something fangirls love. They may or may not be actually homosexual in real life but  throw in a hug here and a hand hold there, and bam: the two members in question are fated to be. You don’t need too many pairings–just one where the two people are so close they must be in a romantic relationship. To amp up the OTP, have other members reveal secrets like ‘Oh they wash together’ or ‘Member A follows Member B all the time.’ Even if the promotion of this OTP is subtle fangirls are able to pick up on the slightest of hints and don’t worry, the fanfics and crazy fans will soon follow.

This is an absolute must; in fact, it’s mandatory in order to carry out parts 4-6. Your music may be good, your dancing may be inhumanly in sync, and you may all look like gods but frequent appearances in variety shows cinch the deal. While one can show one’s performance skills on the stage, a sharp wit or dorky personality are hard to portray. Don’t worry though, if there is a member in your group who likes the sound of his voice too much or is oddly competitive; appearing on T.V. and partaking in games is one way to boost your popularity. This is also a good way to show off your cross-dressing skills, killer aegyo, and promote your OTP to the max.

Hopefully you found this guide helpful as you go on the long and arduous path to K-pop idol-dom, I wish you bon voyage and good luck.  Stay tuned to find out how to succeed in K-pop: the girl group edition!